Home News Palestinian teen Ahed Tamimi to be sentenced to 8 months in Israeli... 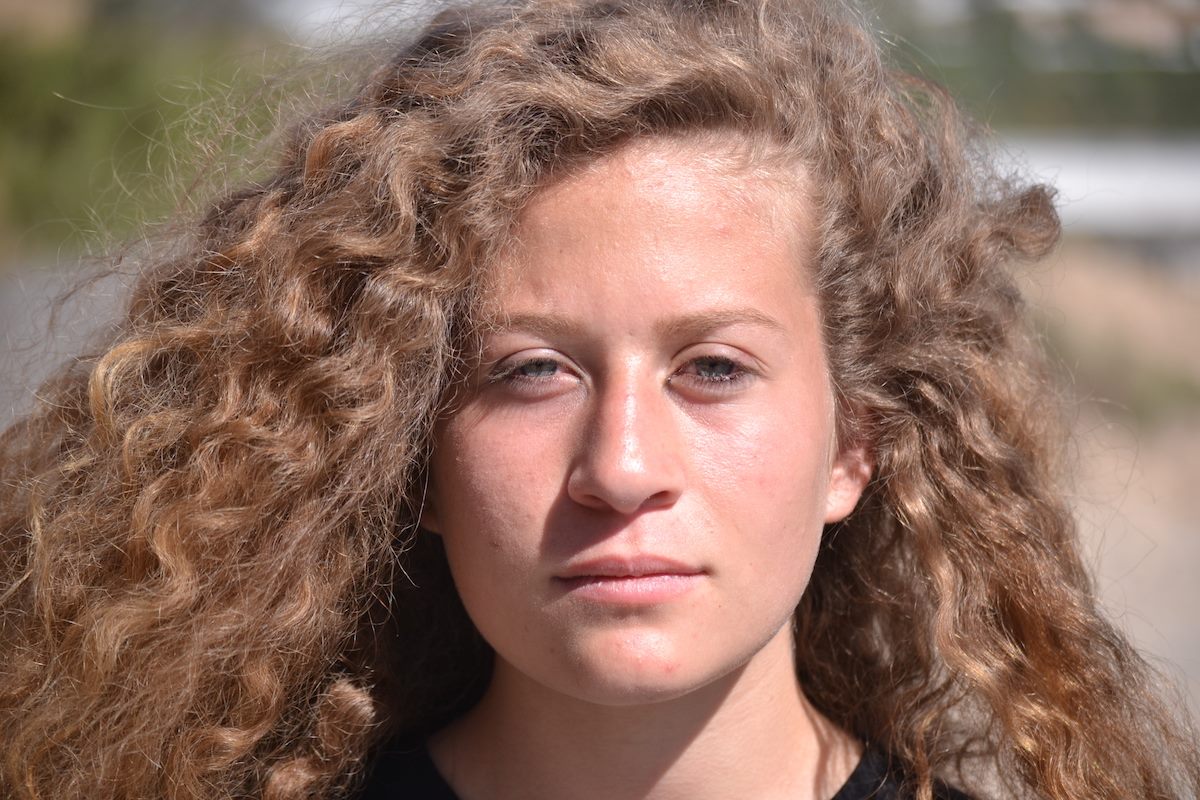 Ahed Tamimi, 17-year-old activist from Nabi Saleh whose case has received widespread global attention, will be sentenced to eight months in Israeli prison following a plea bargain on 21 March at Ofer military court, Palestinian media have reported. The plea bargain will involve a modified indictment with four items instead of the 12 that were originally included in the indictment, under which she was threatened with imprisonment for up to 10 years.

In the revised indictment, Ahed is accused of obstructing and assaulting an occupation soldier as part of the famous incident in which she slapped an occupation soldier on her family’s land, demanding he leave. Other charges of “incitement” and allegations related to political speech were excluded from the new indictment, as were five other incidents in which she was accused of assaulting occupation forces when they invaded her village, Nabi Saleh. The sentence has not yet been approved by the military court and is not yet final.

Ahed’s mother, Nariman, is also imprisoned and facing similar charges relating to the action on 15 December, in which Ahed confronted an Israeli occupation soldier invading her village alongside her cousin, Nour. Nariman Tamimi livestreamed the confrontation on Facebook in a video that soon went viral, expressing Palestinians’ commitment to resist occupation. Ahed and her family are leaders in the grassroots indigenous land defense movement in Nabi Saleh, confronting the illegal settlement of Halamish and occupation soldiers who have confiscated the village’s spring and lands.

The vast majority of all military court cases in occupied Palestine end in plea bargains. Palestinian prisoners are forced into plea bargains with threats of lengthy sentences that pose an all-too-real danger, especially with the inflated charges and lengthy indictments proffered against Palestinians. Over 99 percent of all military court cases end with a conviction, and lengthy sentences have become a norm, even for many children. Plea bargains are forced on Palestinians by a colonial “court” system that is only designed to suppress their resistance and isolate organizers and leaders from the Palestinian people.

The sentence comes only days after the Israeli military appeals court ruled on 19 March that Ahed’s trial must be held behind closed doors and away from public view. Ahed and her lawyer, Gabi Lasky, are rejecting the closed trial, especially as the case has helped to shine an international light on Israeli practices against Palestinian prisoners, especially Palestinian children targeted for arrest and persecution. Ahed’s case has helped to highlight the ongoing, systematic practice of the military imprisonment and trial of hundreds of Palestinian children each year.

While the Israeli court justified its order for a closed trial with language about the protection of minors, the Israeli army videotaped and widely distributed footage of Ahed’s arrest and leading Israeli politicians have publicly demanded she spend the rest of her life in prison. The village of Nabi Saleh has been subjected to repeated raids and attacks and the imprisonment of yet more children of the extended Tamimi family.

Over 1.5 million people have signed a global petition to demand Ahed’s freedom and thousands of people around the world have participated in hundreds of events and actions to demand her release and that of the over 6,100 Palestinian political prisoners held in Israeli jails, including over 350 Palestinian children. The struggle to free Palestinian prisoners and build solidarity for their struggle must be continued and intensified; the global action was critical in maintaining a high profile for Ahed’s case, and every Palestinian prisoner also deserves this attention, solidarity and struggle.