Home Events 3 April, Athens: All Out to the Israeli Embassy 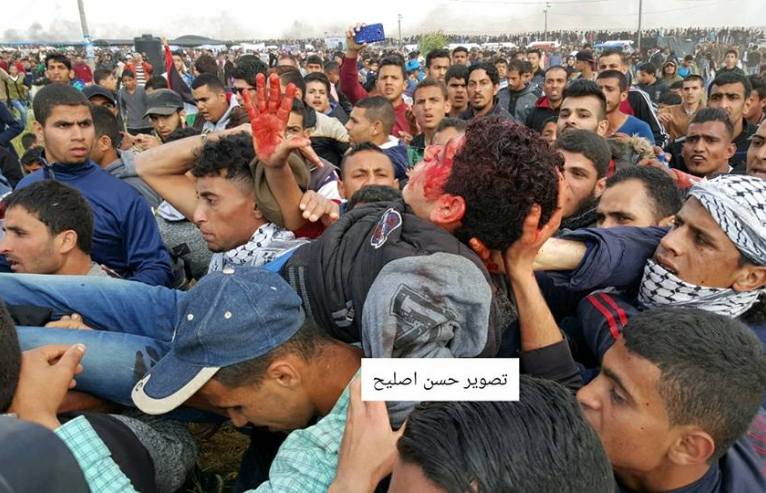 Tens of thousands of Palestinians in Gaza defied Israeli terror, gathering at the boundaries of the “dead zone” that the Israeli occupier has imposed on Gaza, asserting the right of Palestinian refugees uprooted by the occupier to return to their homes. Once again the Zionist army did not hesitate in its violent attacks on unarmed protesters. 15 dead and over 1,000 injured are the bitter price in blood paid by Palestinians who continue to seek freedom.

In Athens, the SYRIZA-ANEL government showed its gesture to the Palestinian people with tear gas canisters and batons last Saturday outside the Israeli embassy. Several demonstrators were injured and required treatment. The SYRIZA-ANEL government agents beat protesters who had fallen on the street. The reason for this unprovoked attack was to dismantle the protest outside the Israeli embassy and please their Zionist allies and U.S. patrons.

Shortly thereafter the government issued a statement criticizing the “violence of the Israeli authorities,” while these actions exposed the hypocrisy of the government circus.