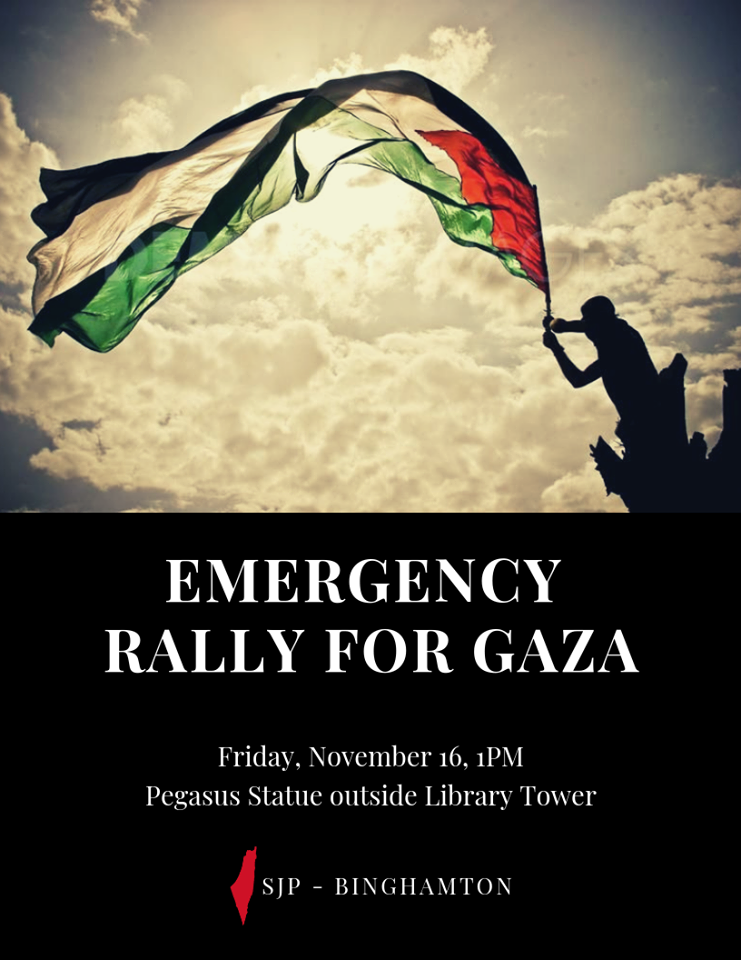 We stand united in condemning Israel’s breach of ceasefire and terrorist attacks against Gaza. The attacks resulted in the death of at least 13 Palestinians, injured at least 20, and destroyed 7 buildings (4 of which were apartment complexes, causing hundreds of people to lose their homes). Israel has once again shown that it is a rogue terrorist state that does not care about international law, ceasefires, or human rights with their latest execution of brutal carnage.

This terrorism is largely funded by the US State as well as US academic institutions like #BinghamtonUniversity investing and collaborating with Israeli academia responsible for creating the weapons used in the ethnic cleansing of Palestine. Join us this Friday, November 16th in front of the Pegasus Statue as we rally to bring light to this atrocity and the overall conditions of Gaza in an environment deeply saturated with Zionist normalization.

Honour our fallen comrades in Gaza and bring an end to Binghamton’s ties to Israel!