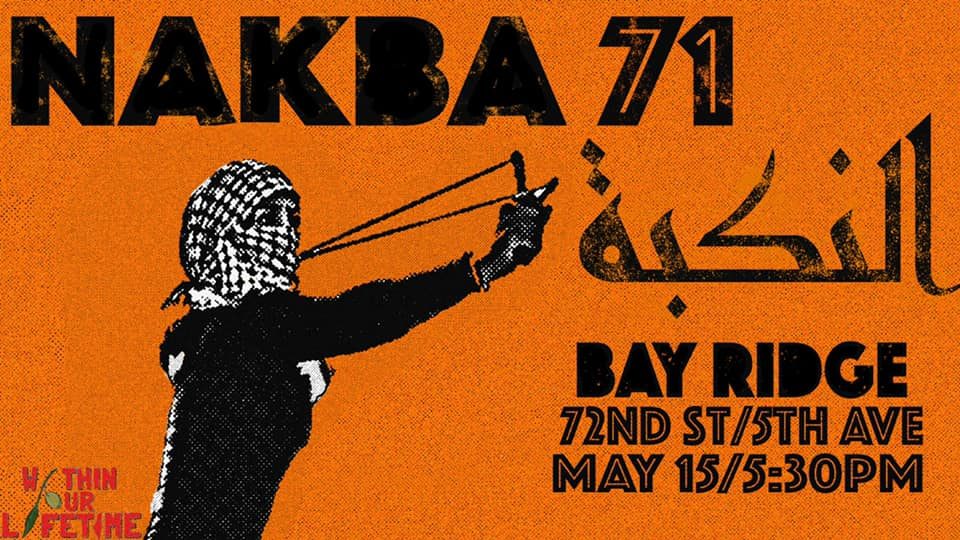 Every year on May 15, Palestinians commemorate the Nakba (“catastrophe”) in 1948 when 1 million Palestinians were ethnically cleansed from their lands and over 500 Palestinian villages were destroyed or depopulated by zionist terrorist militias to make way for the settler colonial state of israel. 71 years later, there are over 6 million Palestinian refugees worldwide, internally displaced within Palestine and living in exile in the diaspora. During this time we have never stopped fighting to return to our land and liberate our people from the genocidal grip of zionism.

The Great Return March, which was launched on March 30, 2018, was initially planned to last for 6 weeks until Nakba Day on May 15. Over one year later, our people in Gaza continue to march on the militarized border fence every single Friday, demanding their right to return and an end to the siege and blockade of Gaza. Over 270 Palestinians have been killed by israeli snipers while taking part in the weekly protests, including women, children, disabled people, medics and journalists alike. More than 25,000 have been wounded by tear gas and “non-lethal ammo.”

On May 15, we call on all supporters of Palestine to join us as we mobilize alongside the Palestinian community of Bay Ridge to commemorate the Nakba, rally in support of the Great Return March and honor the martyrs of the past year.

From Bay Ridge to Gaza — refugees will return!