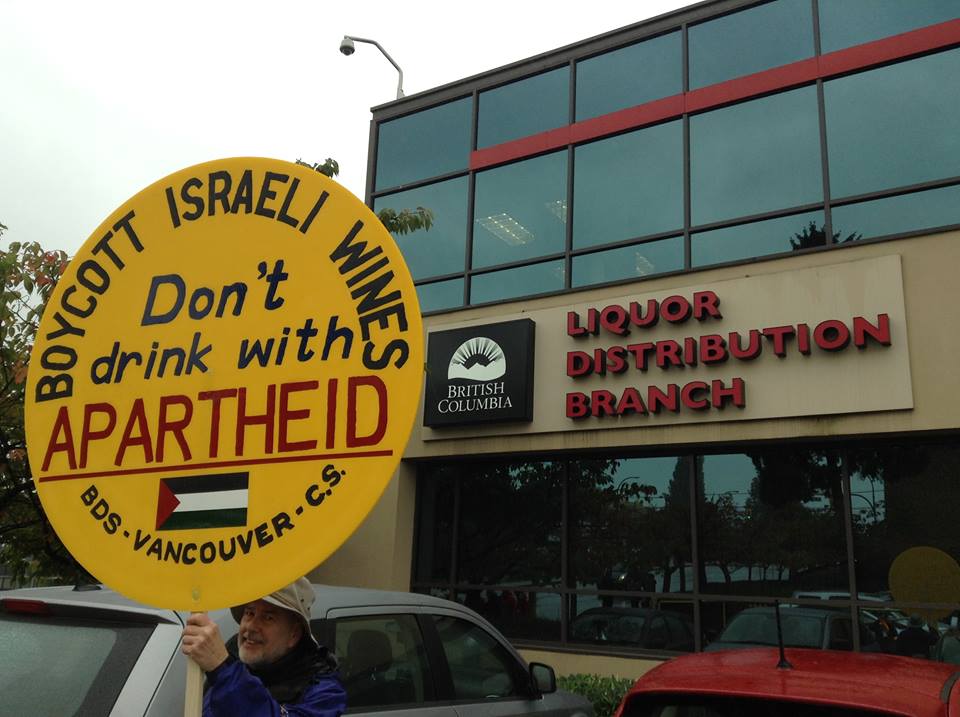 For many years, there has been an ongoing local campaign to call for a boycott of Israeli wines, many of them produced in the Occupied Territories, which are being sold in our publicly owned BC Liquor Stores. We asked David Eby, BC Attorney General, to respond to this issue but to date have received exactly the same response we got from previous BC governments, which was to stonewall and ignore our concerns.

The wines in question are either from the Golan Heights Winery (Mount Hermon brand), the Galil Winery (which is a joint venture with the Golan Heights Winery), or from the occupied West Bank, including the illegal Gush Etzion settlement bloc around Jerusalem. Two wines of particular note are the Efrat Judean Hills Kosher and Vision Malbec, both produced by the Israeli Teperberg Winery. This winery openly states that some of its vineyards are in occupied Palestinian territories and even provides a map on its website showing vineyards in the occupied West Bank.

All of this is in direct contravention of the Fourth Geneva Convention and “stated” Canadian policy. Detailed information on Israeli wineries can be found in the exhaustive study done by “Who Profits” entitled Forbidden Fruit: Israeli Wine Industry and Occupation.