The following book tour has been postponed due to COVID-19: 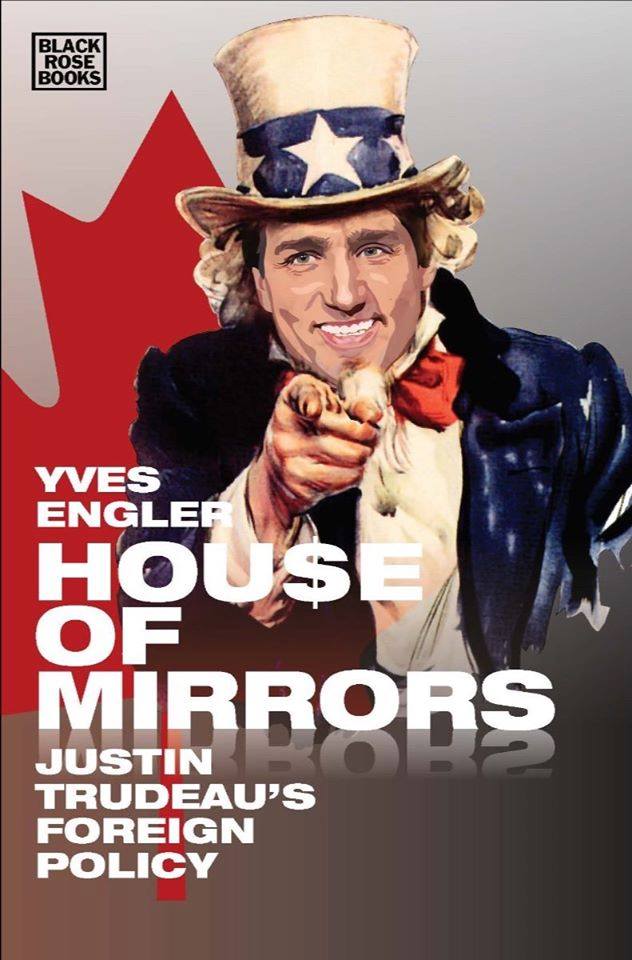 Justin Trudeau presents himself as “progressive” on foreign affairs and to have brought Canada “back” after the disastrous Stephen Harper Conservative government. House of Mirrors — Justin Trudeau’s Foreign Policy demonstrates the opposite is true.

In his latest book Yves Engler outlines how Trudeau’s government has expanded the military while ignoring international efforts to restrict nuclear weapons proliferation. In the Western Hemisphere the Liberals have launched an unprecedented, multipronged, effort to overthrow Venezuela’s government while siding with an assortment of reactionary governments. They continued to enable Israeli violence against Palestinians, cozied up to repressive Middle East monarchies and emboldened far-right militarists in Ukraine. Flouting their climate commitments, the Trudeau government also failed to follow through on its promise to rein in Canada’s controversial international mining sector.

The Liberals have tried to sell their pro corporate/empire policies with progressive slogans. As they violated international law and spurned efforts to overcome pressing global issues, the Liberals crowed about the “international rules-based order”. Notwithstanding the rhetoric, the House of Mirrors shows that Trudeau largely continued Harper’s foreign policy.

Author of 11 books, YVES ENGLER is the leading critic of Canadian foreign policy. Largely excluded from the dominant media, he has written hundreds of articles for the alternative press. Engler has been dubbed “Canada’s version of Noam Chomsky” (Georgia Straight), “one of the most important voices on the Canadian Left” (Briarpatch), “in the mould of I.F. Stone” (Globe and Mail), “part of that rare but growing group of social critics unafraid to confront Canada’s self-satisfied myths” (Quill & Quire), “ever-insightful” (Rabble), “Chomsky-style iconoclast” (Counterpunch) and a “Leftist gadfly” (Ottawa citizen). In recent years he has been active with Solidarité Québec-Haiti, Mouvement Québécois pour la Paix and Disruption Network Canada. Website: yvesengler.com