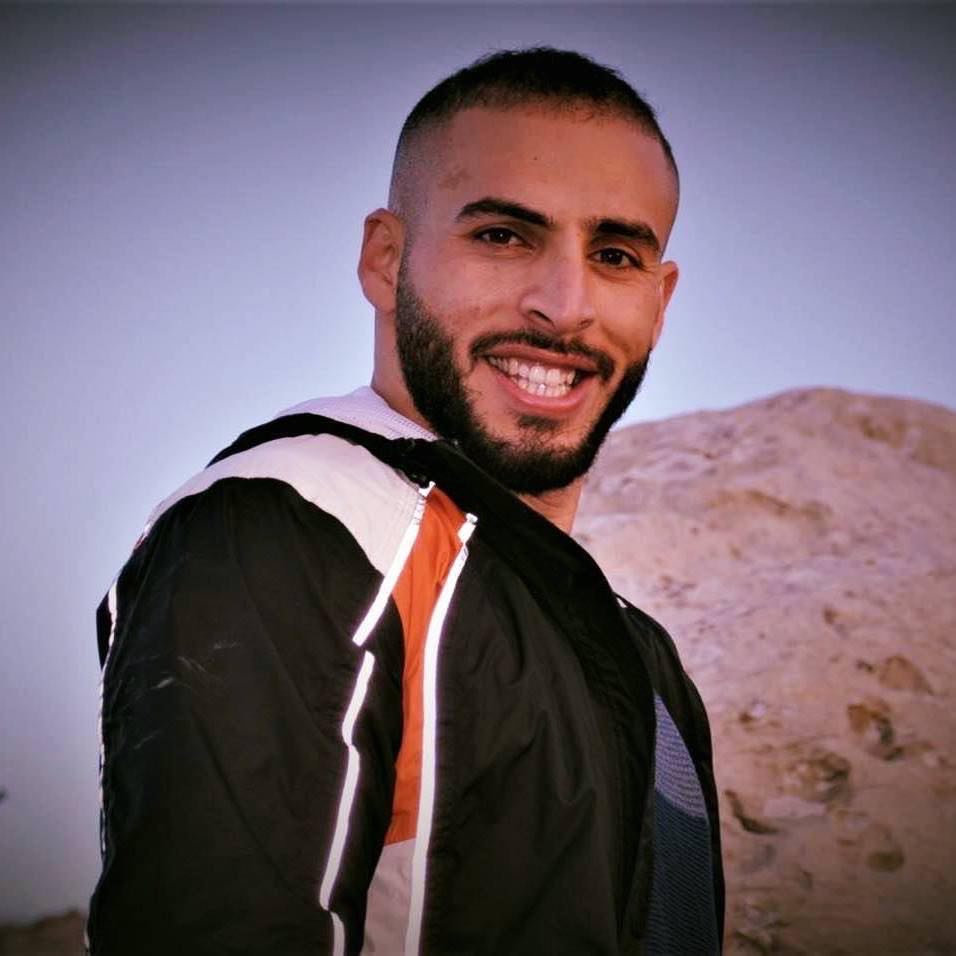 For the last six months I have been thinking a lot about my friend Tareq Matar, who was arrested by Israeli occupation forces in November 2019 and subjected to severe torture. When he entered the Israeli military court for the first time, he was pushed in in a wheelchair. I was shocked, “Tareq in a wheelchair!?” Tareq is one of the strongest people that I know, both mentally and physically. So how could he have ended up in a wheelchair? And what can I do to ensure his freedom?

Tareq and I met several times in Palestine, when I was on a solidarity delegation with Dutch and American students. Tareq welcomed us with open arms and his big smile. He made us feel at home and asked us about the struggles in our home countries. At the same time he explained the history and contemporary situation of the Palestinian liberation movement. He wanted to connect these struggles and unify our efforts to confront colonialism and Zionism internationally.

Even though we were already active in the Palestinian solidarity movement back home, Tareq elevated our understanding of the Palestinian struggle and emphasized that the best form of solidarity is to fight colonialist and oppressive forces in our home countries.

Why he was targeted

Tareq loves to talk about politics and even more he loves practicing his politics. And this is where we get back to his imprisonment. The Israeli occupation always targets Palestinians who resist Israeli colonization and occupation. As a youth leader and organizer, Tareq poses a so-called “security threat” to Israel. Is that not the world turned upside-down?

This is a colonizing force which imprisons, tortures and kills thousands of Palestinians every year, a force which steals Palestinian land, demolishes homes and denies refugees their Right to Return. It is clearly Israeli colonization and occupation which poses a security threat! And this security threat is the greatest for those people, like Tareq Matar, who resist colonization and occupation.

After his arrest in November 2019, Tareq was brought to Moskobiyeh interrogation center where he was held for approximately 30 days. During his interrogation, he was tortured by the Shin Bet’s method of the “banana position” or “back-bending,” allegedly made illegal since 1999 to use against Palestinian prisoners. As a result, he suffered intense pain in his back and joints, made worse by the brutal beatings he suffered at the hands of six security officers. From the moment of his arrest and torture until now, he has been banned from seeing his family members or his lawyers.

Tareq is not the only Palestinian student imprisoned by the occupation. Currently, more than eighty students of Birzeit University are held behind bars, among them Mays Abu Ghosh. And most of them are being tortured. As Addameer Prisoner Support and Human Rights Association noted in December 2019, Israeli torture against Palestinian prisoners “included, but were not limited to harsh beating, sleep deprivation, solitary confinement, stress positions, the denial of basic hygiene needs, sexual harassment, threatening and intensive psychological torture including the use of family members and/or other detainees.”

The current COVID-19 pandemic poses a new threat to Palestinian prisoners, especially as they lack necessary personal protection equipment. The Right to Education campaign stated that “At a time when the entire world is suffering as a result of the outbreak of the pandemic, and governments are issuing regulations to save their people, the Israeli occupying forces continue their crimes against Palestinian prisoners, and our students, in particular.”

It has to be mentioned that Palestinian prisoners have been infected with the Coronavirus by an Israeli interrogator. On top of that, Israeli occupation forces have barred Palestinian prisoners from purchasing at least 140 different items at the “canteen” or prison store, including cleaning and sanitation supplies, and prohibited family and legal visits to the prisoners. They have continued to put Palestinians ate severe risk by continuing interrogations, maintaining dirty and overcrowded conditions and pursuing transfers.

Back to Tareq, who is right now being held in one of these dirty and overcrowded Israeli occupation prisons. When Tareq was arrested in November last year, he was preparing to pursue his academic career with a Ph.D program at the University of Geneva in Switzerland. He is being detained under administrative detention, without charge or trial and based on secret evidence.

This is the fifth time Tareq is imprisoned by Israeli occupation forces. When he was imprisoned under administrative detention in 2017 for one and a half years, his students at school waited for him and wrote letters to him. Tareq always saw in their eyes the hope of a better future and a good life for the people of the world. Tareq had a special relationship with his students, full of dialogue and love.

I want to call upon everyone reading this to demand the immediate release of Tareq Matar and all Palestinian prisoners. The Palestinian people have the right to resist. And the more Israel uses mass imprisonment, administrative detention and torture, the more resistance it will encounter along the way.

I want to end with the words of a Dutch-Palestinian youth who participated in our solidarity delegation:

Often you meet people that stand for something. That something can be anything and is strongly present in this person’s presence. When I met Tareq, I immediately knew he wasn’t an ordinary guy who had an opinion and that’s it. He exudes leadership and involves people in the thing that he stands for. That something is power, justice and equality. He knows his purpose and he will fight for it until his last breath. Personally, I do not know him well. We talked briefly in the house where he took us in. But one thing is for sure: The day I met Tareq I realized something. Leadership is not learned. Leadership thrives within. Tareq proves that.