Read this report in Arabic.

Activists in Tunis took to the streets on Saturday, 20 June for a protest to free Georges Ibrahim Abdallah, Ahmad Sa’adat and all revolutionary prisoners. The demonstration, organized by the Tunisian Committee for the Liberation of Georges Abdallah alongside the Platform Against Normalization, came as part of an international week of action from 15 to 22 June to free the Lebanese Arab Communist struggler for Palestine imprisoned in French jails for over 35 years. Protests are taking place in France, Turkey, Tunisia and a number of other places as part of this call to action.

Supporters of Samidoun joined the protest outside the French embassy in central Tunis, which included a number of speeches and banners calling for the liberation of Palestinian prisoners and the liberation of Palestine. The event followed on several other actions also organized in Tunis as part of the week, including a lecture presented by the Tunis Bar on the legal aspects of Georges Abdallah’s case and a concert dedicated to Georges Abdallah, Ahmad Sa’adat and all revolutionary prisoners. 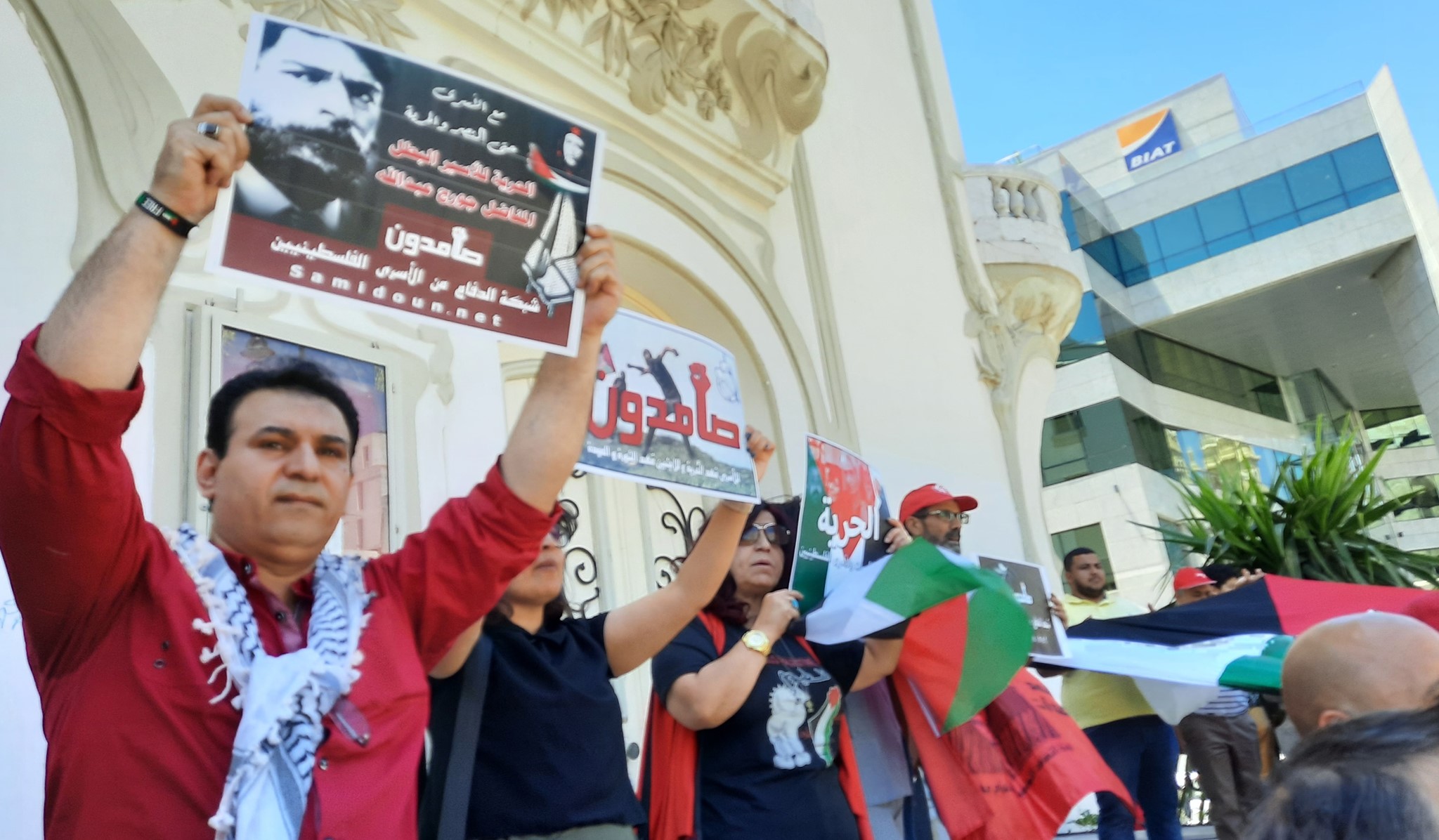 Samidoun was one of the endorsers of the call to action for 15 to 22 June, launched by the Unified Campaign to Free Georges Abdallah, and members are participating in events and actions in various cities around the world. 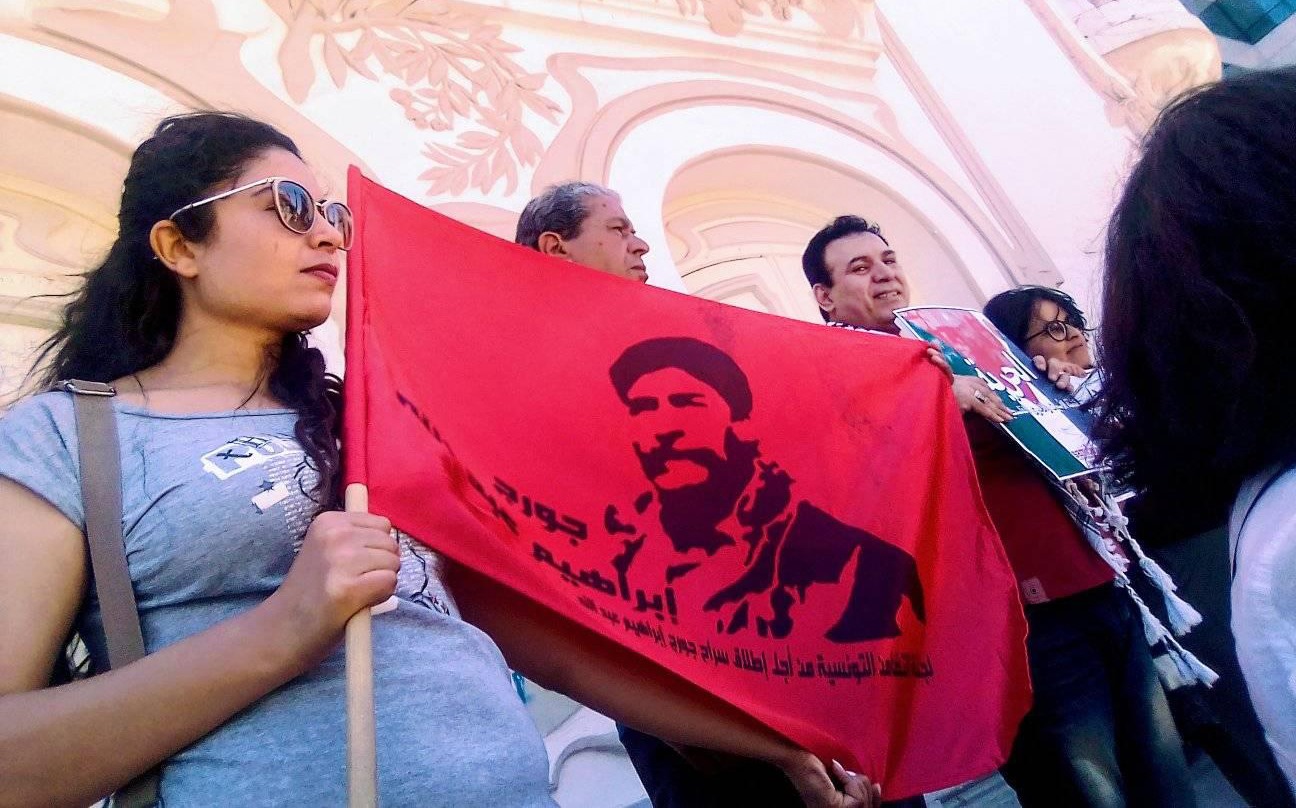 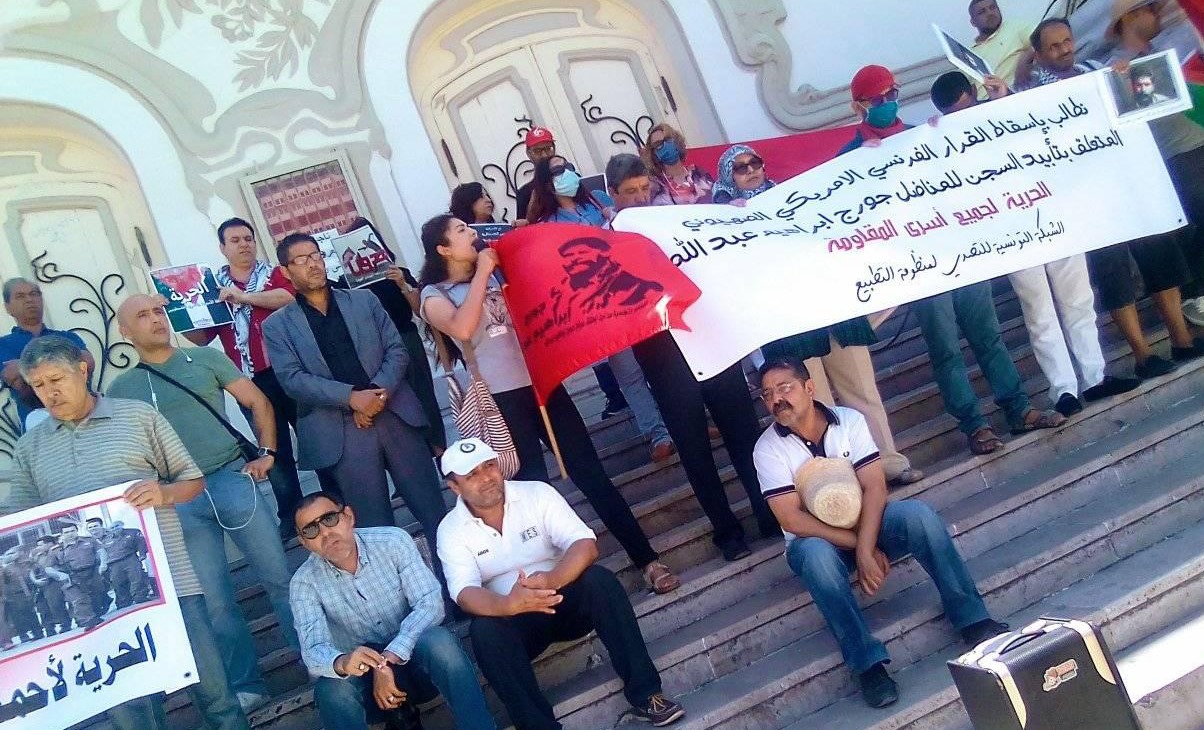 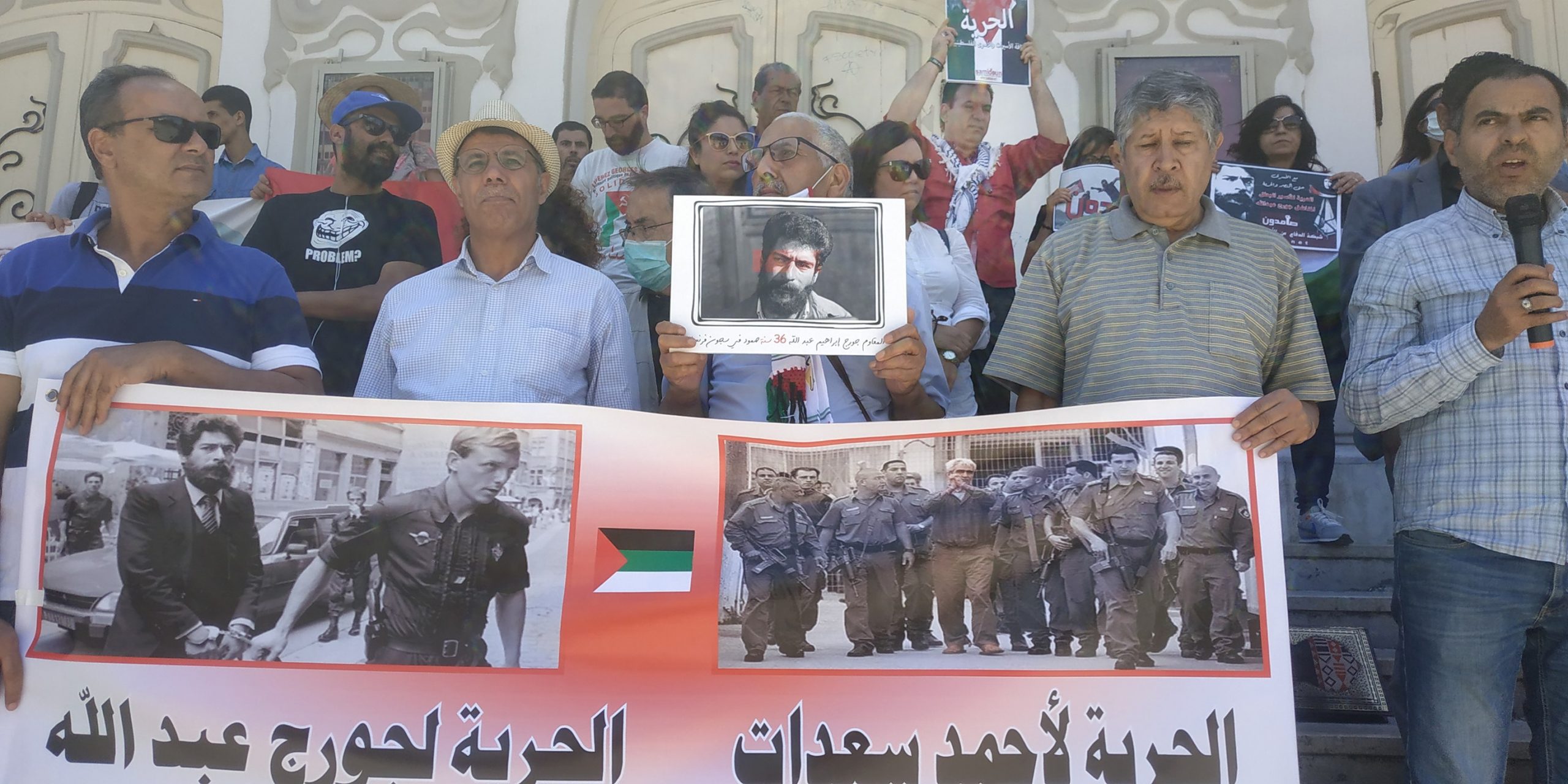 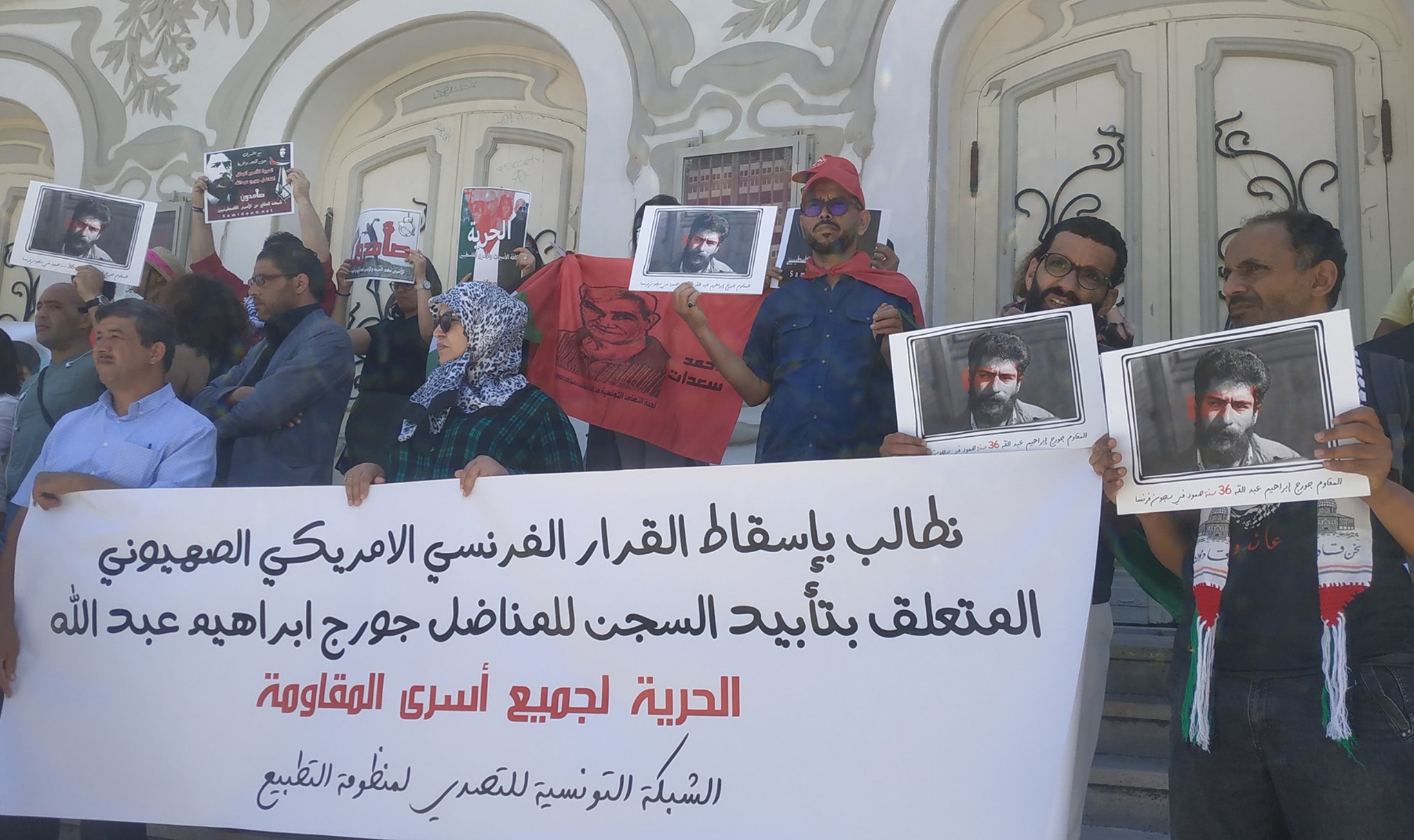 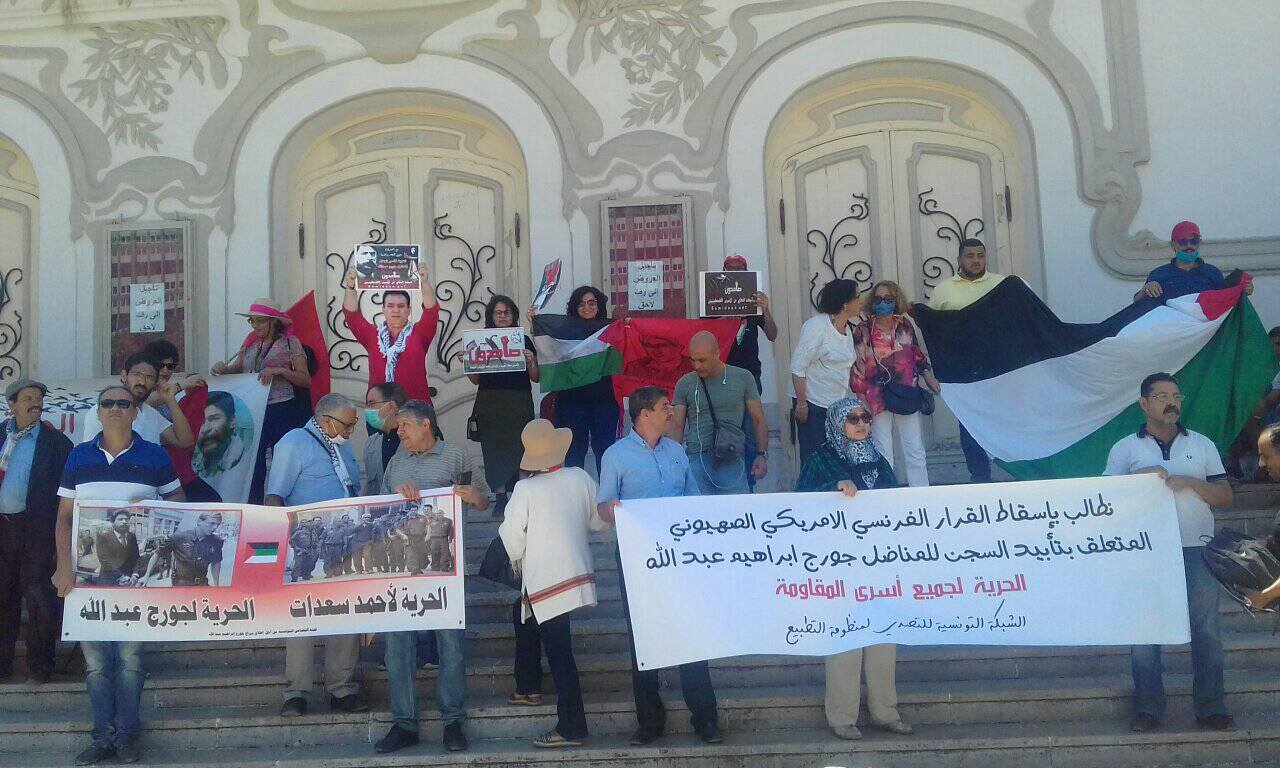 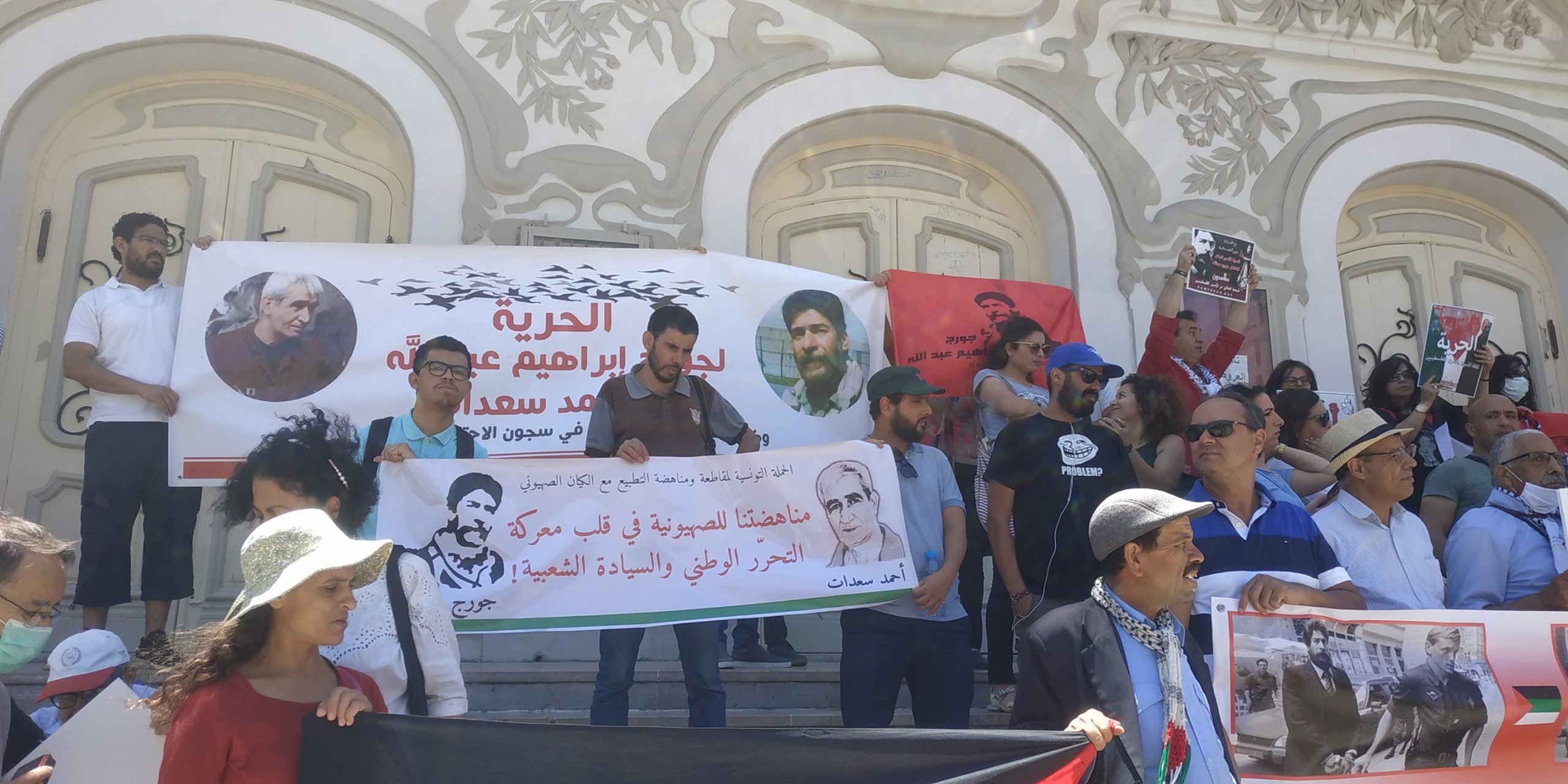 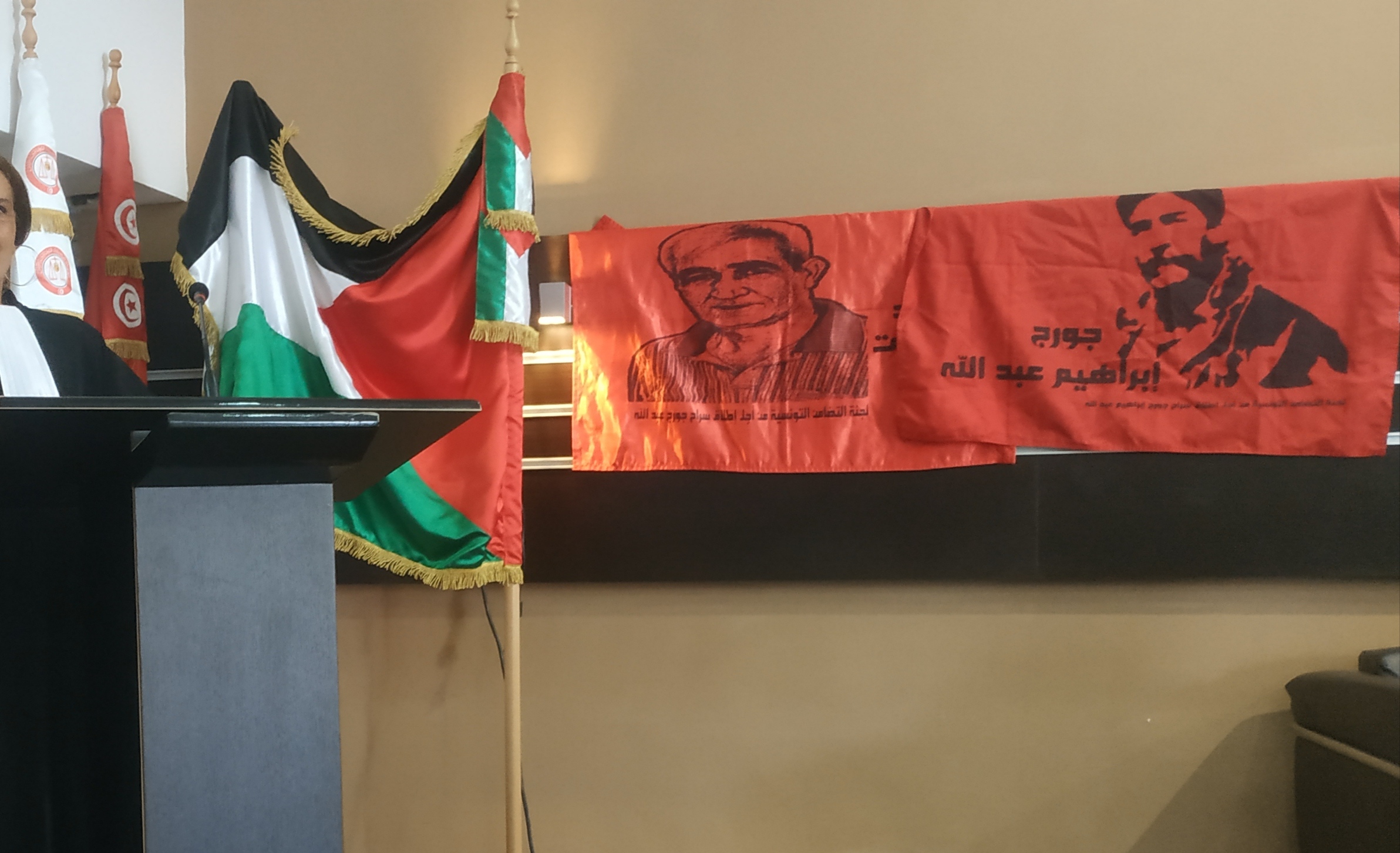