The following report is translated and adapted from the original French at Collectif Palestine Vaincra. Read this report in Arabic. 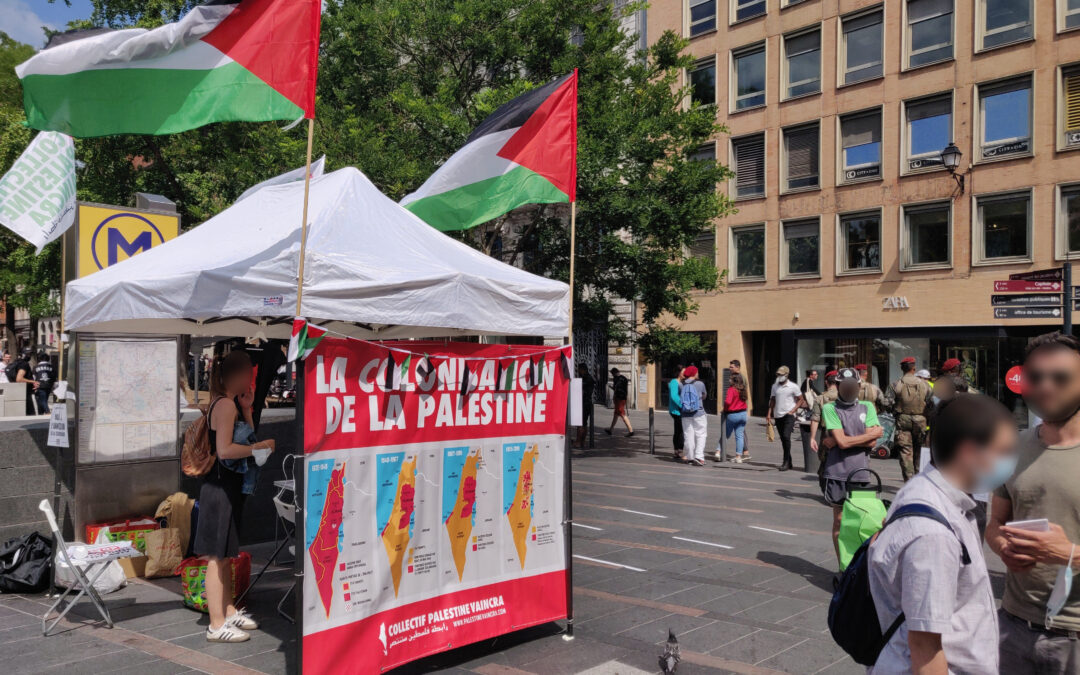 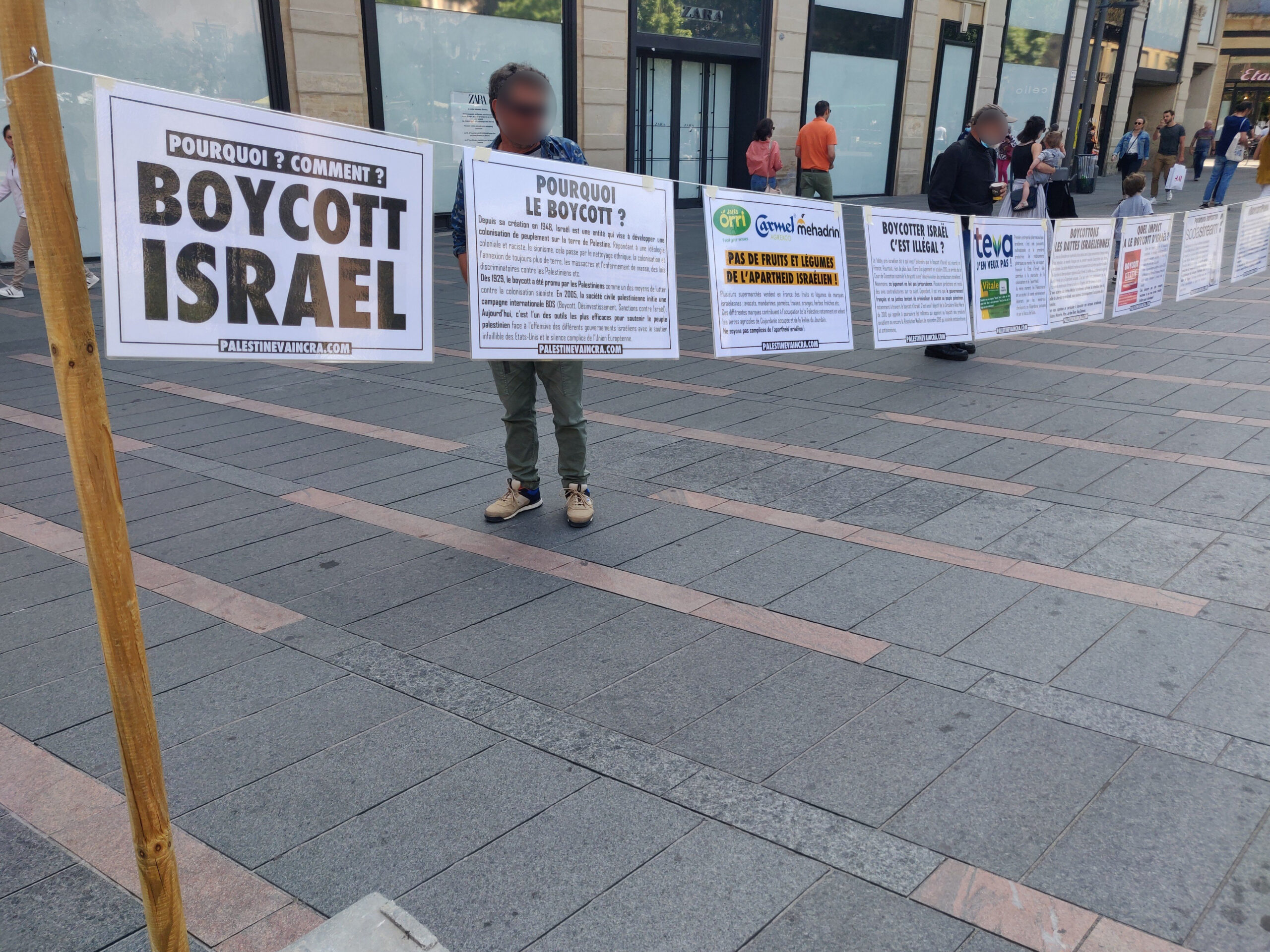 The collective organizes these stands each month to distribute information, distribute petitions and host exhibitions highlighting the struggle of the Palestinian people. While the stands were paused during the COVID-19 pandemic, they have now resumed, and participants met with numerous residents of Toulouse throughout the event.

Activists invited city residents to sign the petition against the Toulouse-Tel Aviv twinning and distributing stickers and materials urging the boycott of Israel. Participants also distributed a thousand flyers and had many positive conversations with passers-by. 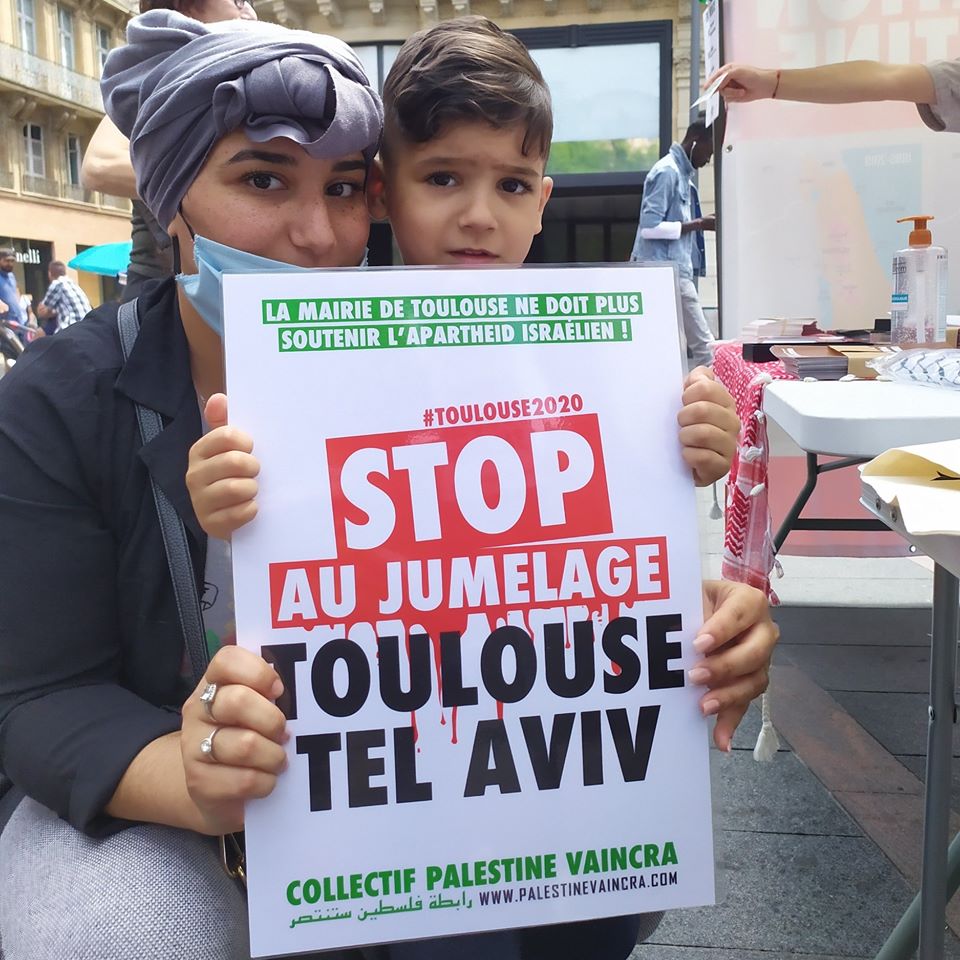 Many people also participated in a photo project as part of the stand, denouncing the annexation project in the West Bank announced by the Netanyahu/Gantz government of the Israeli occupation. A demonstration is also being organized in Toulouse for 1 July, part of the global day of action to stop Israeli annexation and defend the Palestinian people and Palestinian land. 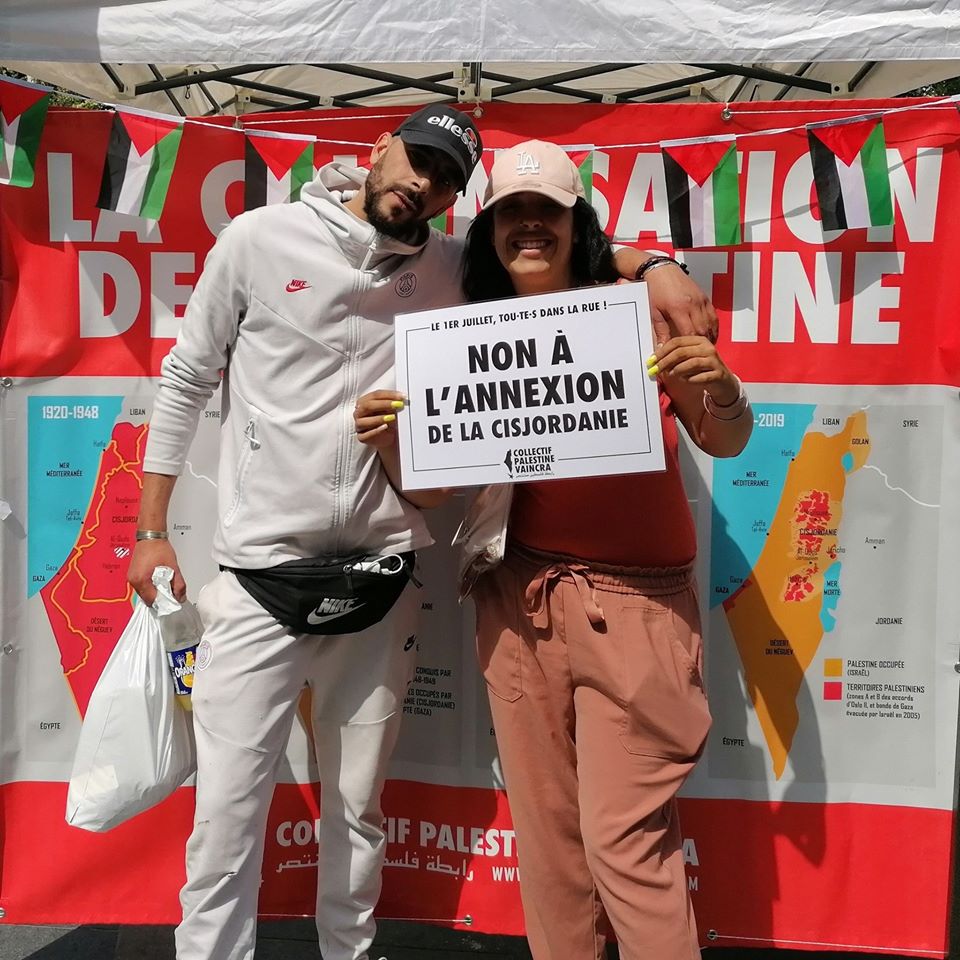 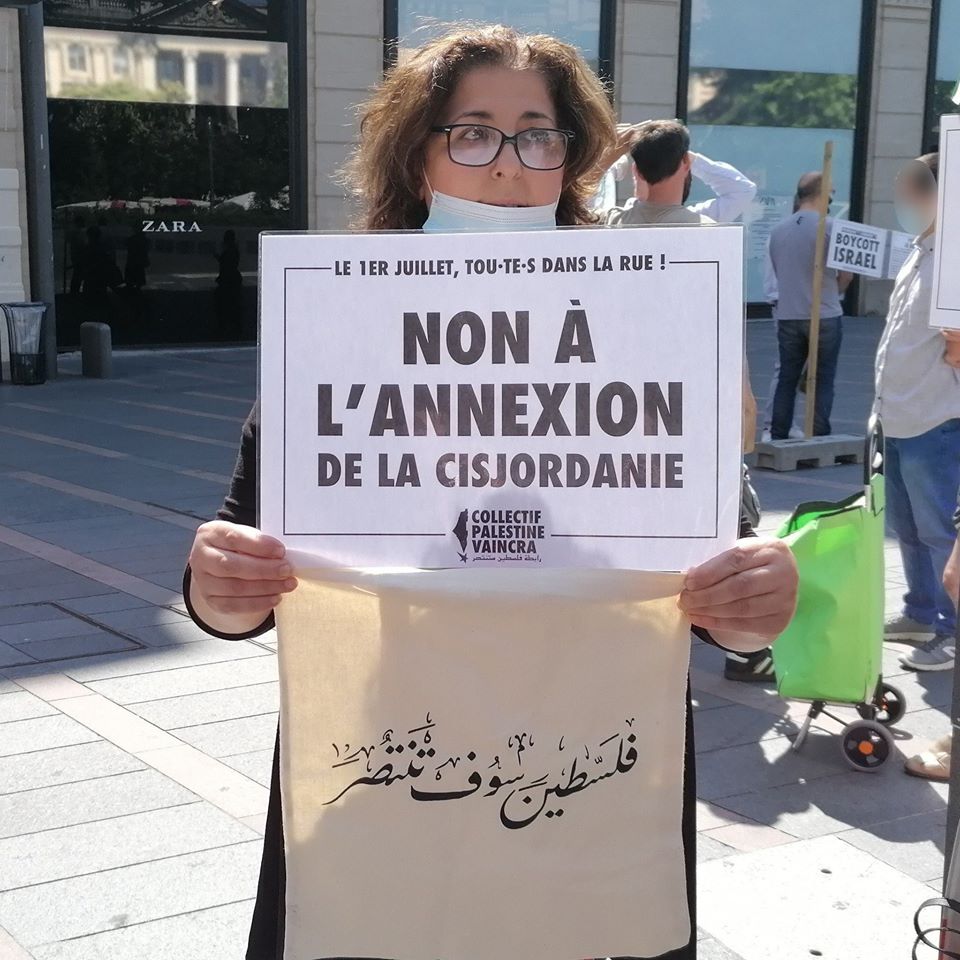 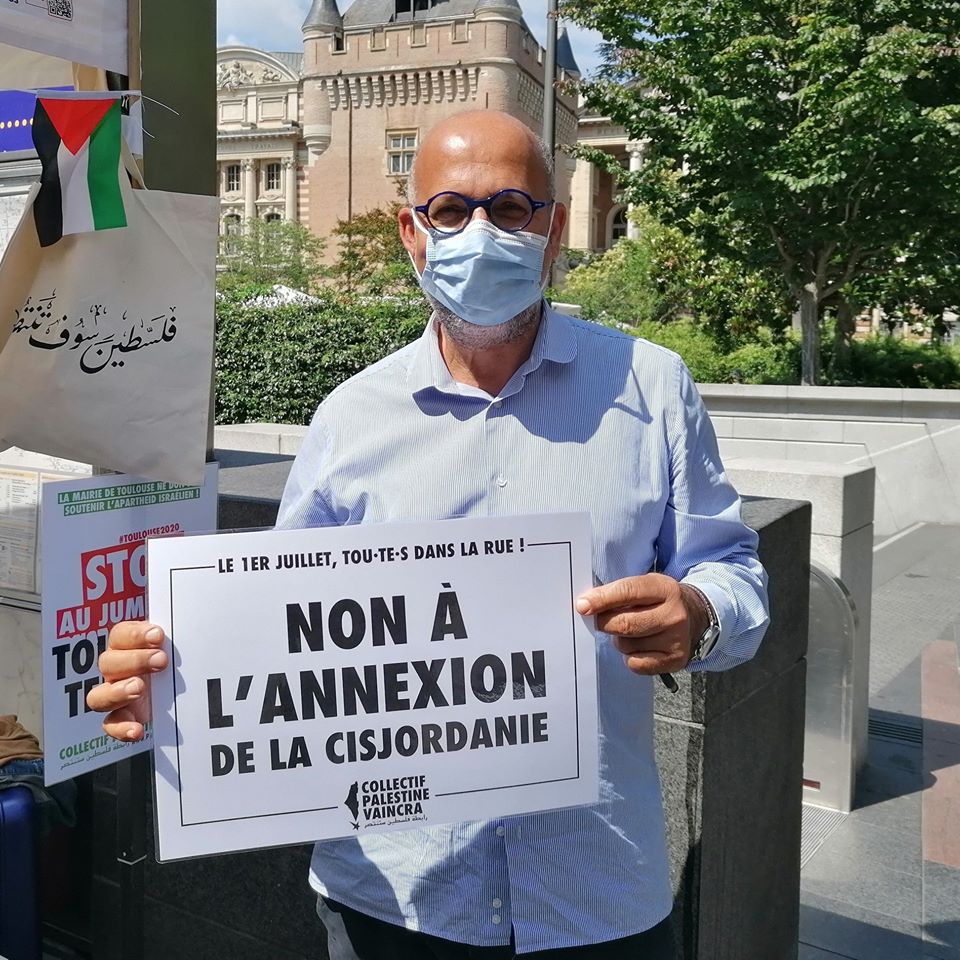 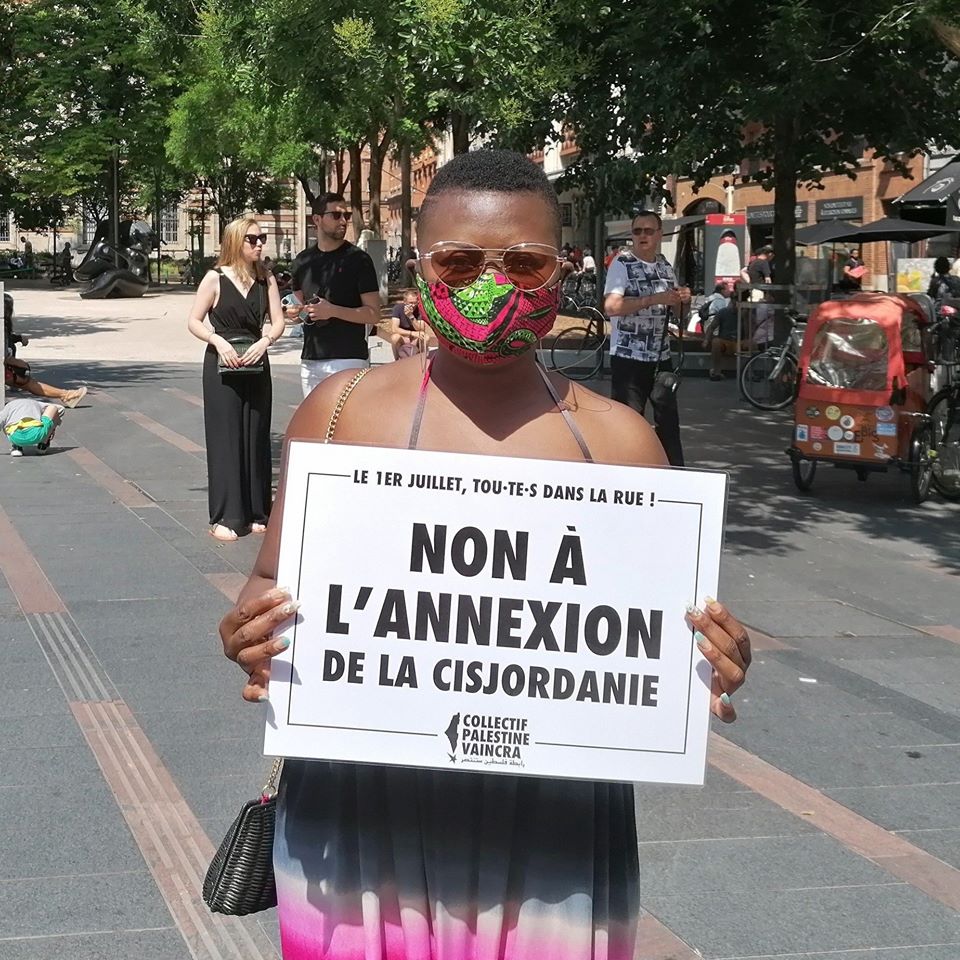