This monthly stand – which last month focused on the campaign to free Ahmad Sa’adat and all Palestinian prisoners – focused this month on the Collectif Palestine Vaincra’s campaign to end the “sister city” twinning of Toulouse and Tel Aviv, capital of Israeli apartheid, in the lead-up to the 2020 municipal elections in the city.

Over a thousand leaflets were distributed along with hundreds of discussions and over 195 signatures on the petition to stop the twinning relationship. The response to the state demonstrated the high level of interest among Toulouse residents about the issue. In addition, dozens of people took photos with solidarity signs against the twinning project.

The stand also included a display focusing on the campaign to boycott Israel, including Israeli brands that are campaign targets. One of the other focuses of this display was to confirm that boycotting Israel and the BDS movement are not “illegal in France,” despite the falsehoods and campaigns of the pro-apartheid lobby in France.

In a statement launching the campaign, the Collectif Palestine Vaincra noted:

Toulouse and Tel Aviv have been twinned as “sister cities” since 1962, promoting cultural and economic exchanges.

However, Tel Aviv is not a city like any other city: it is the economic capital of Israel, built on the ruins of several Palestinian villages. Tel Aviv, therefore, is the symbol of this colonial and racist state, which practices a policy of apartheid againt the Palestinian people.

To endorse the twinning of Toulouse and Tel Aviv is to endorse the daily policies of Israel and its successive governments: occupation, massacres, destruction and confiscation of land, expansion of settlements, mass arrests and obstacles to freedom of movement.

On the occasion of the 2020 municipal elections, we call on all residents of Toulouse to denounce this economic partnership and demand an end to the twinning. 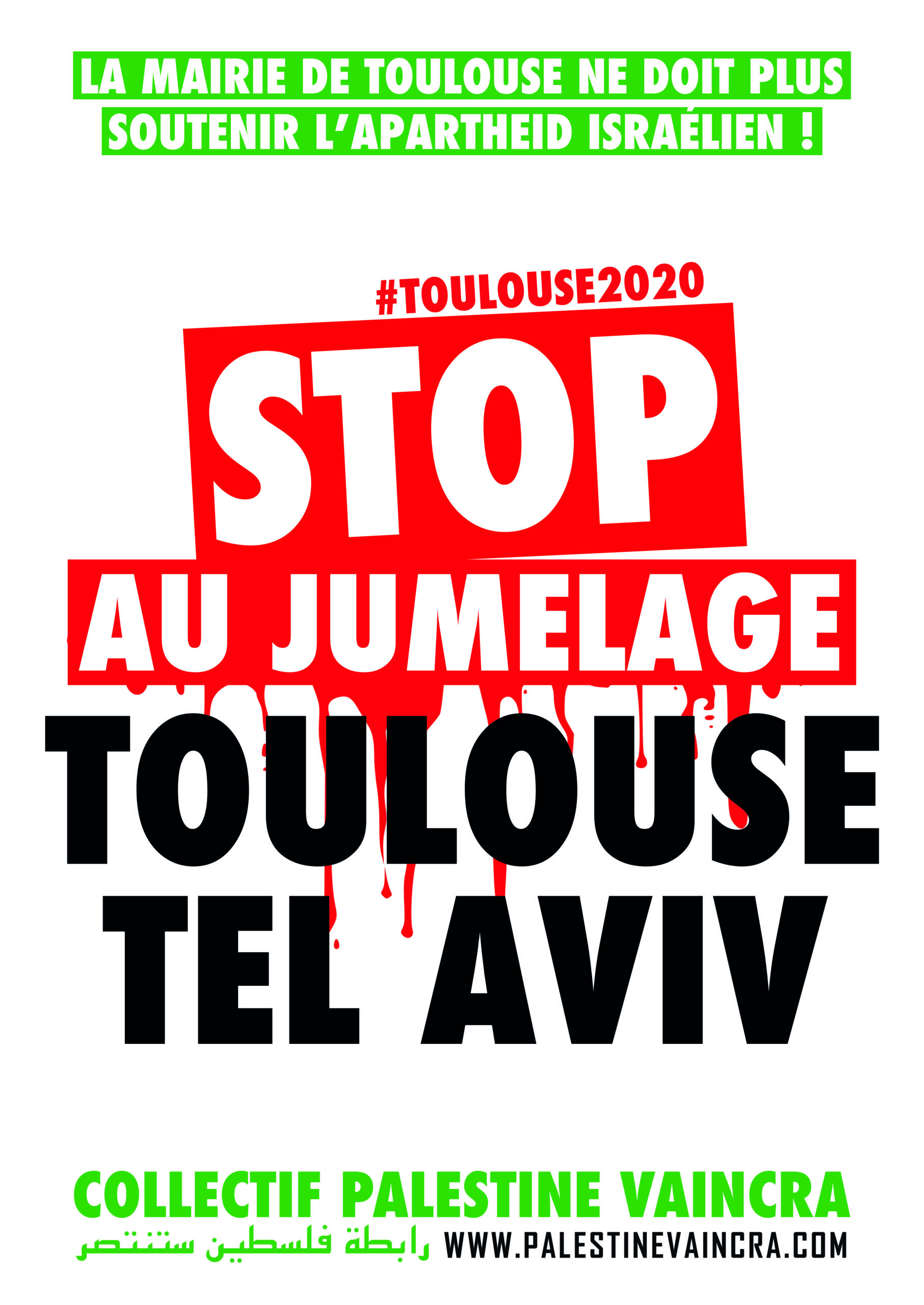