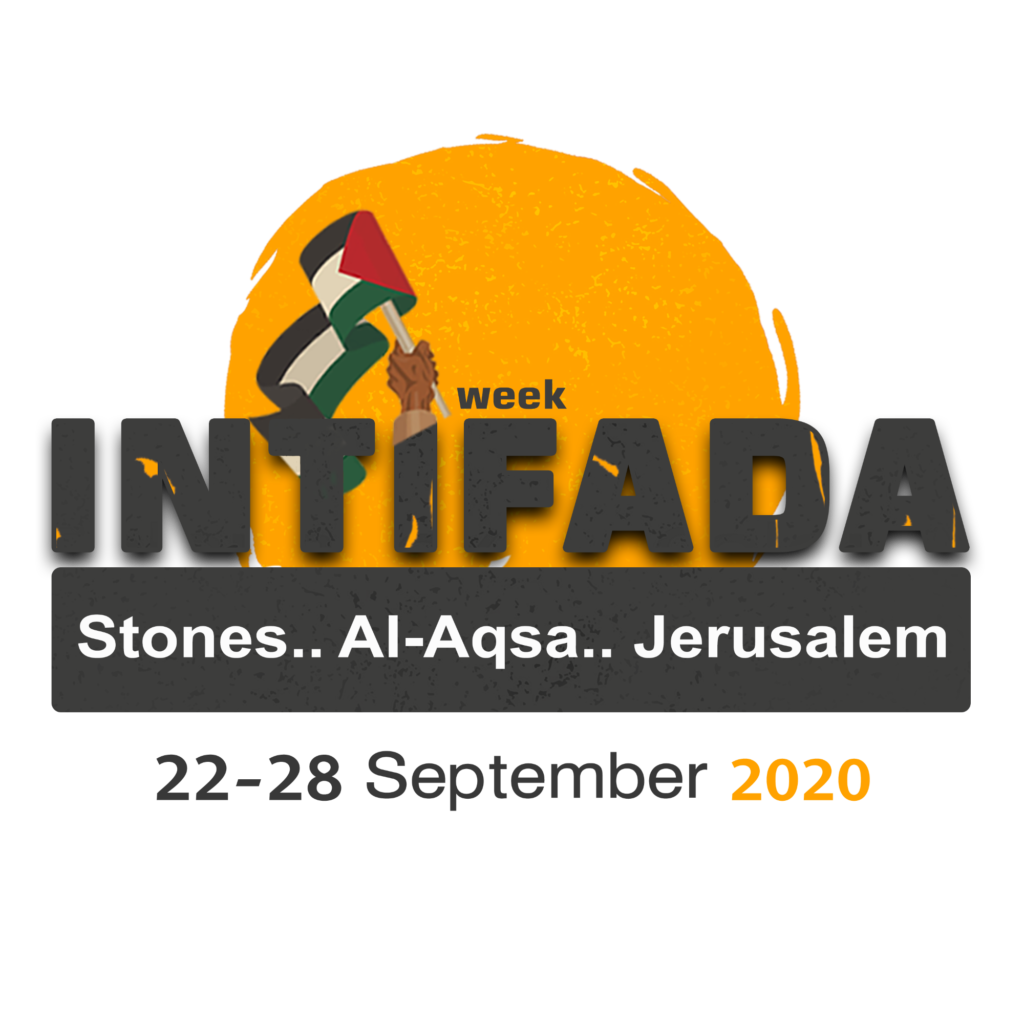 Samidoun Palestinian Prisoner Solidarity Network supports the call of the Global Campaign to Return to Palestine for a week of action commemorating the Second Intifada and the ongoing Intifada of the Palestinian people between 22 and 28 September, alongside the call for the Week of Action for Palestinian Refugees’ Return and Confronting Normalization, #Action4Return. There are many activities and online actions that are part of this call, and we encourage you to share the photos, images and maps below on your own social media pages, post them in your community or take a selfie or a video expressing your support for the Palestinian people and their resistance and your stand against normalization.

“Intifada” is a term that expresses the free Palestinian popular position towards the occupation and its incessant crimes against children, women, youth and the elderly, and in the face of the torrent of grave violations of human rights and dignity committed by the occupation against the Palestinian people.

The Intifada is an expression of the people’s aspiration for self-determination, independence, the restoration of rights, returning home to Palestine and building a just peace.

The Intifada is a practical response to the plans to liquidate the Palestinian cause, including the “deal of the century,” the agreements of humiliation and disgrace, and the processes of normalization with the usurping enemy, which constitute an outright betrayal of the sacrifices of the Palestinian people.

The first modern Palestinian uprising began in 1920, the Jerusalem revolt of Nabi Musa. With the 1987 uprising of the stones, the name “Intifada” entered the dictionaries of international languages.

This march of struggle continued with the Al-Aqsa Intifada of 2000 and the 2015 Al-Quds uprising, through the uprising in response to occupation plans to impose electronic gates on Al-Aqsa Mosque in 2017 and the Great March of Return in 2018.

This annual call was launched by the Global Campaign to Return to Palestine in 2017, with the aim of commemorating the ongoing uprisings of the Palestinian people.

Durin this week, the progressive and democraatic forces of the world express their position on the Palestinian cause, underlining the necessity of unified efforts and the importance of solidarity with the people on whom some of the greatest injustices of the modern era have fallen, and whose cause constitutes a landmark of justice on which the future of peace and security in the world depends.

This year, the Intifada week focuses on multiple goals:

1- Rejecting the agreements of humiliation and normalization that are taking place between some Arab countries and the Zionist entity,

2- Underlining that liberation is the only solution to the Palestinian issue.

3- Emphasizing the name of Palestine along with its borders that include its entire land.

4- Spreading the map of Palestine and transforming it into an icon and a symbol associated with the presence of the Palestinians, wherever they exist, and with the spread of those who love Palestine and express their solidarity with its cause all over the world.

6- Emphasizing adherence to the Palestinian people’s rights, foremost of which being the right of return, and the status of Al-Quds as the unified capital of Palestine.

Take action: Sign this map of Palestine and affirm your commitment to the liberation of the entire land of Palestine. Post your selfie or video with the hashtag #NormalizationIsTreason: 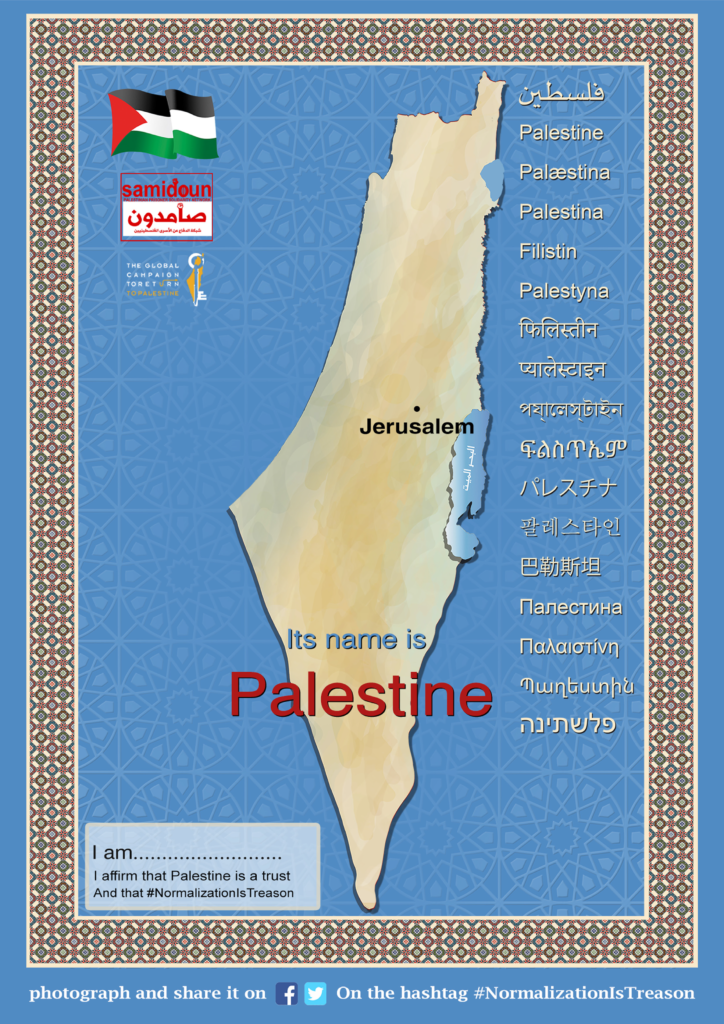 Take action: Post and distribute these images of support for Palestine on your social media and in your community!