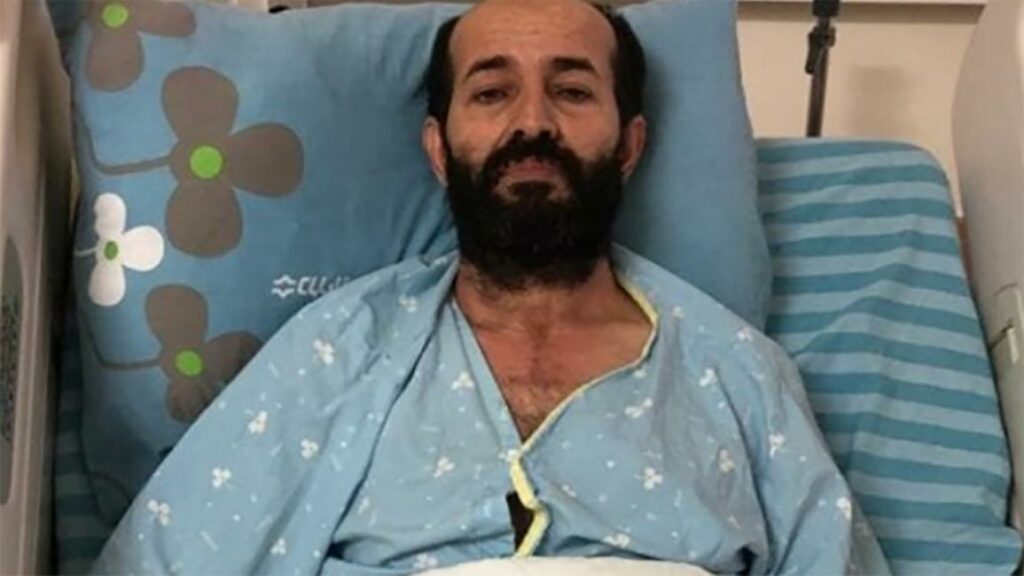 The calls for freedom for imprisoned Palestinian hunger striker Maher al-Akhras are growing as he enters his 92nd day of hunger strike against his imprisonment without charge or trial under Israeli administrative detention. An international day of action and symbolic global hunger strikes is being organized for 28 October, and United Nations Special Rapporteur Michael Lynk called for the immediate release of al-Akhras and an end to administrative detention.

“Administrative detention is an anathema in any democratic society that follows the rule of law,” Lynk said. “When the democratic state arrests and detains someone, it is required to charge the person, present its evidence in an open trial, allow for a full defence and try to persuade an impartial judiciary of its allegations beyond a reasonable doubt.

“Administrative detention, in contrast, allows a state to arrest and detain a person without charges, without a trial, without knowing the evidence against her or him, and without a fair judicial review,” he said.

At its Council meeting on 25 October, the International Association of Democratic Lawyers adopted a resolution calling for the immediate release of al-Akhras, an end to administrative detention and an end to U.S. and European support of Israel.

IADL is a non-governmental organization with consultative status in ECOSOC and UNESCO. Founded in 1946 to promote the goals of the United Nations Charter, IADL and its affiliated organizations throughout the world have consistently fought to uphold international law, promote human rights and address threats to international peace and security. The statement concludes:

“The International Association of Democratic Lawyers reiterates its position urging freedom for Palestinian prisoners, and:

Read the full statement below: