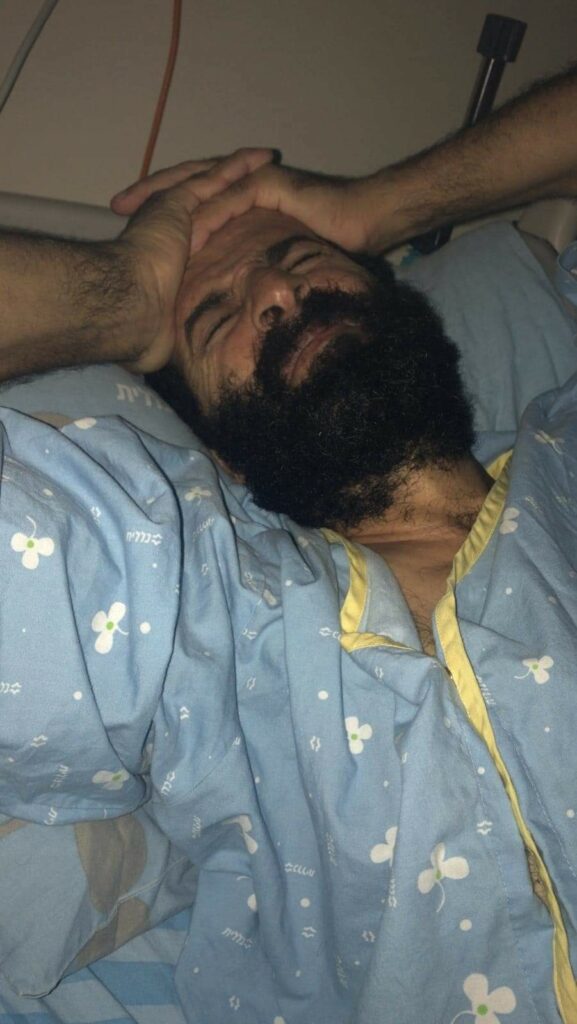 Following the solidarity strike of Irish activists with Maher al-Akhras, the Palestinian political prisoner jailed without charge or trial currently on hunger strike for 99 days, urging his immediate release, the Anti-Imperialist Front has launched a rolling hunger strike. Organizers in countries including Donbass, Greece, Italy and Austria will engage in successive one-day hunger strikes to show their solidarity with the Palestinian father of six who is facing death and a slow execution as he struggles for freedom.

The Anti-Imperialist Front has taken up this initiative even as progressive political movements, lawyers and activists in Turkey are facing a campaign of severe repression and imprisonment.

Samidoun Palestinian Prisoner Solidarity Network salutes the Anti-Imperialist Front for this solidarity initiative and urges people and movements around the world to show their support for Maher al-Akhras.

Join us at 10 am Pacific time, 1 pm Eastern time, 6 pm British and Irish time, 7 pm central Europe, 8 pm Palestine time on Tuesday, 3 November, for a social media campaign to demand freedom for Maher al-Akhras and to make clear that the people’s movements and all those who love justice in the world stand with him and his fellow Palestinian prisoners – and the Palestinian people. Follow @SamidounPP on Twitter for the hashtag and more details.

Administrative detention is a measure of repression and arbitrary punishment, which was implanted by the British army and later continued by Israeli occupation forces towards Palestinian people.

Maher Al-Akhras has undergone such a measure many times in his life because of his engagement and support of political prisoners.

In this moment Maher is on a hunger strike for nearly 100 days to demand an end to the administrative detention imposed on him another time. His resistance is not only for his own freedom but on behalf of all the Palestinians who suffer from this repressive policy.

In this moment Maher Al-Akhras is in a hospital and due to his long-term hunger strike his health situation gets serious.

To support his just demand and avoid that his health condition gets worse and even a concrete threat for his life, AIF supporters of different countries are carrying out a solidarity hunger strike throughout this week.

FREEDOM TO MAHER AL-AKHRAS!
FREEDOM FOR PALESTINE!
INTERNATIONAL SOLIDARITY IS THE WEAPON OF THE PEOPLE!