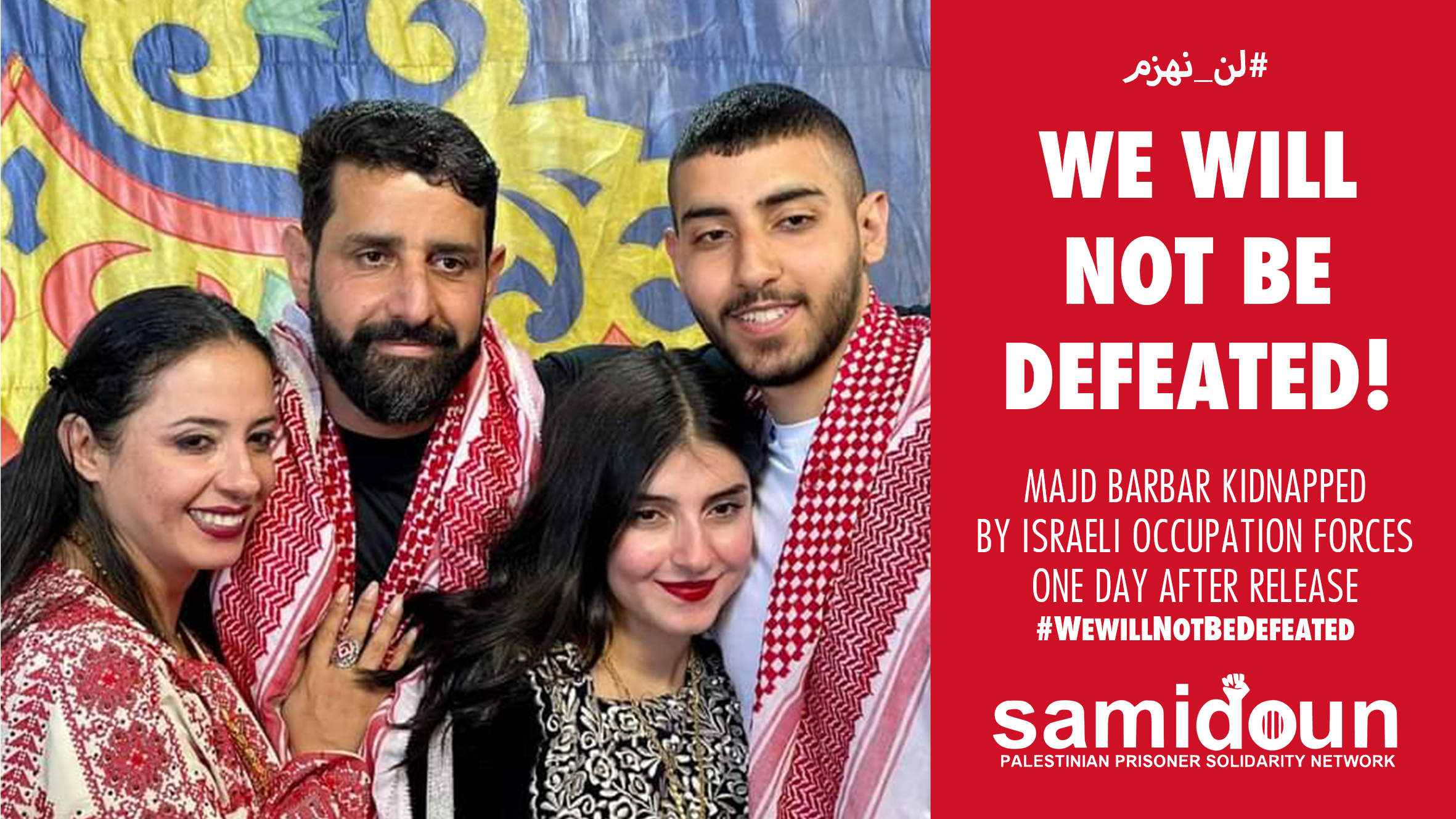 Freed Palestinian prisoner Majd Barbar once again proved the truth of his words — “We will not be defeated” — as he was released once again by Israeli occupation forces on Wednesday, 31 March. Barbar had refused a proposal by Israeli occupation forces to either deport him from the city of occupied Jerusalem, his home, or impose house arrest upon him, for five days. He was released once again to his home in the Ras al-Amud neighbourhood of Jerusalem, where he had been received two days earlier, on Monday, 29 March, with scenes of great joy and celebration upon his release after 20 years in Israeli prison. 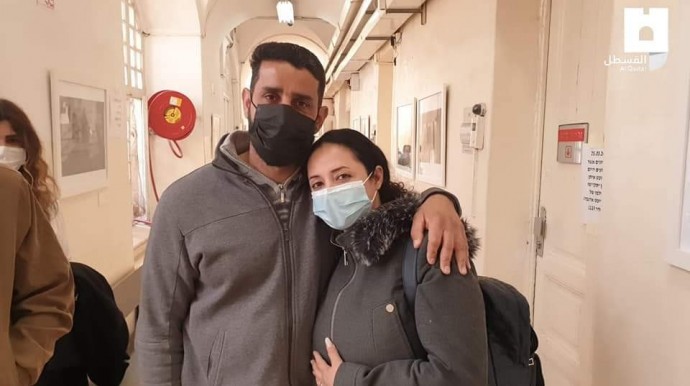 Barbar’s home was invaded on 30 March as his family celebrated his release, an attack on the scenes of Palestinian love, celebration and joy that had ben viewed millions of times by people around the world as his wife, Fatima, son Montaser and daughter Zeina welcomed him home. Zeina was only 15 days old when her father was first abducted by Israeli occupation forces on 29 March 2001.

After Israeli occupation forces invaded his home on 30 March, he was taken to the notorious al-Moskobiyeh interrogation center in occupied Jerusalem; his father and brothers were also summoned for interrogation and threatened if any public celebrations were held for Barbar’s release in Jerusalem. When occupation forces attacked the family home with tear gas and rubber-coated metal bullets, 12 people were injured, reported The Palestinian Red Crescent.

Israeli occupation forces also raided the Qasr al-Hamra hall in Eizariya, Jerusalem, to prevent a reception being held to welcome Barbar home by his friends and family.

These types of attacks on former prisoners and ongoing harassment, threats and physical assaults against them and their families are intended to suppress Palestinian expressions of love and joy and suppress the natural celebration of the Palestinian people in welcoming home their freed prisoners.

On Monday, after reuniting with his family and wife…Barbar said: “For a person who believes in the justice of the Palestinian cause, a prison cannot break him, no matter how long it lasts, and I was reconciled with this idea of the length of my prison sentence and with all its oppression and my exclusion from my family, my wife and my children.”

“The Palestinian people cannot think of an option other than to hold fast in their land, and to stand in it like the olive tree. We will not leave this land no matter what [Israelis] did, from killings to demolishing homes,” Barbar added.

Barbar told media that his wife Fatmeh “means the world to me. She is my home. She was able to give our children for 20 years. This is the greatness of the Palestinian woman.”

No matter what the Israeli occupation forces do, they cannot and will not suppress the deep Palestinian and human love, joy, and commitment to liberation embodied by Majd Barbar, his family, and all Palestinians yearning for and struggling for freedom.

The outrageous attack on a freed Palestinian prisoner one day after his release, an act of official colonial state revenge for the joy, love and celebration of his family, friends and comrades, must inspire all who support the rights of the Palestinian people to action. Boycott Israel and the complicit corporations that continue to sustain the attack on Majd and his family, and stand with the Palestinian people and their resistance until return and liberation, from the river to the sea.