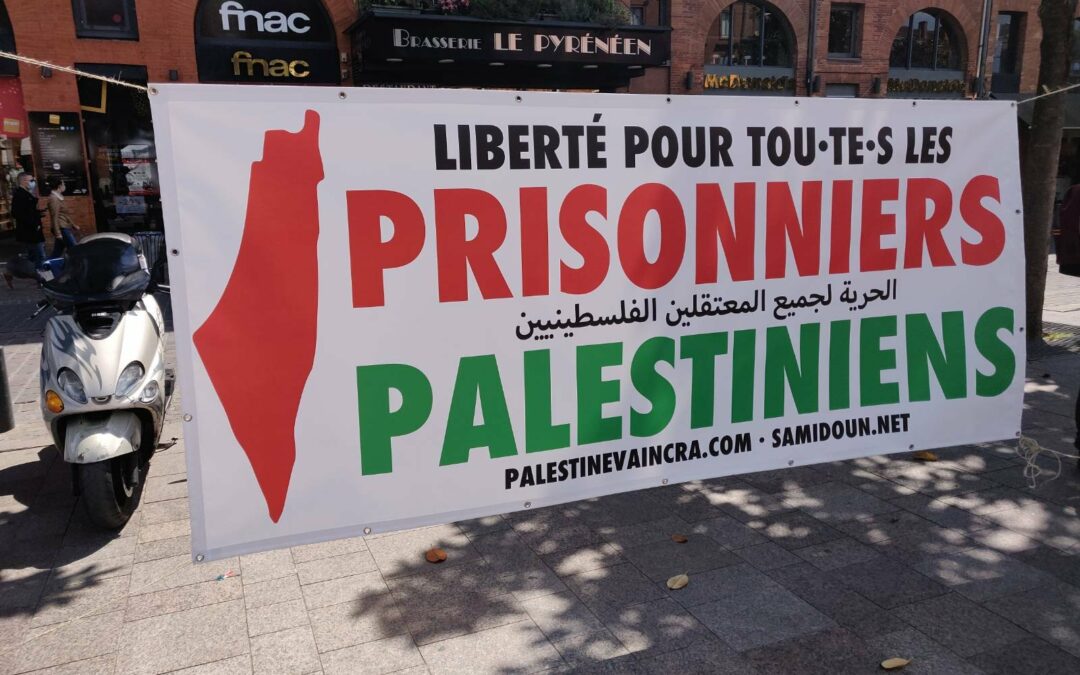 The following report is largely translated from the French at Collectif Palestine Vaincra: 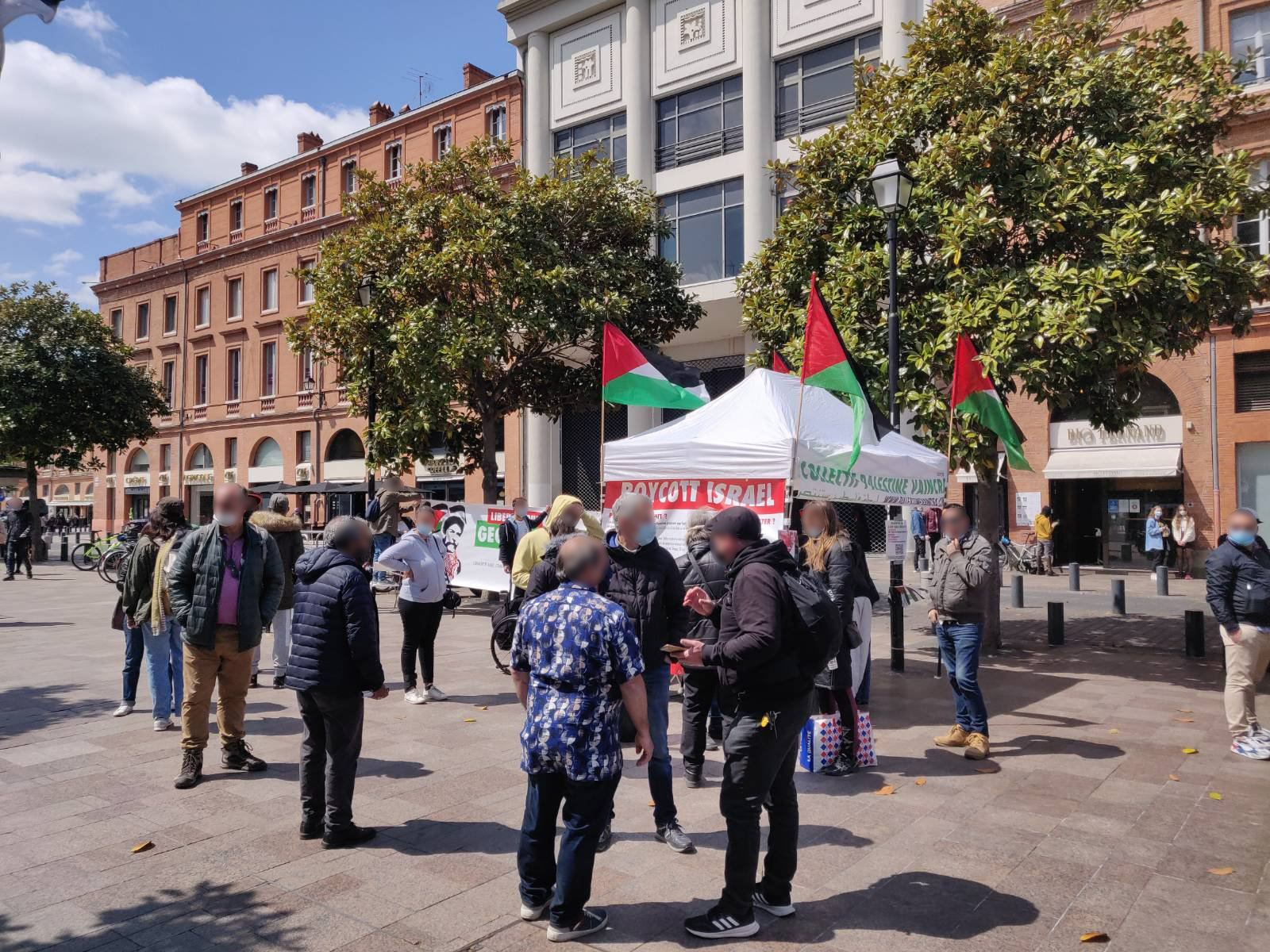 For over two hours, the Collectif organized an information booth, distributed hundreds of leaflets on Palestinian prisoners, discussed with passers-by, played Palestinian music and presented several speeches over the loudspeaker explaining how mass incarceration is a colonial weapon in the hands of the Israeli occupation. 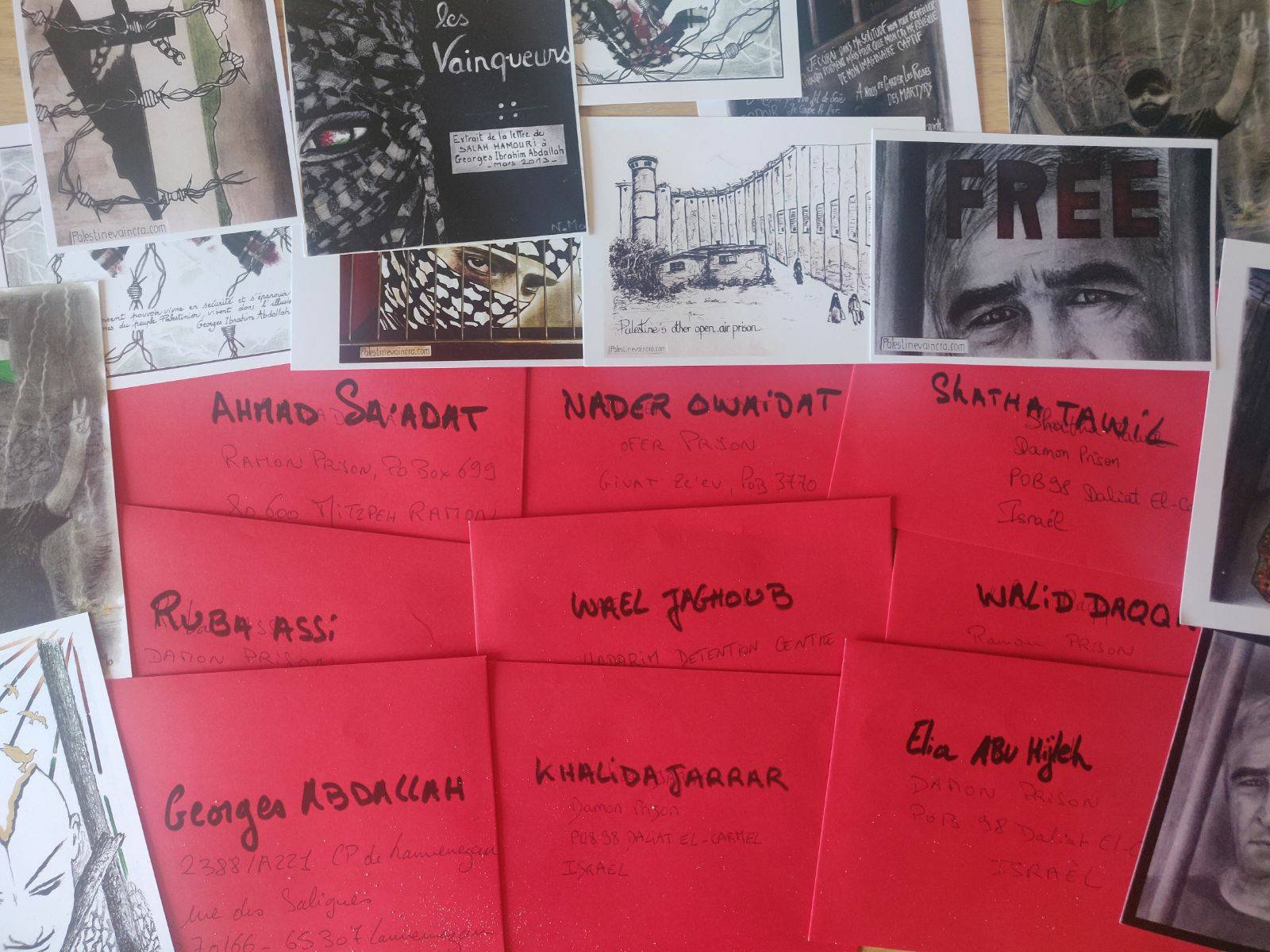 At the same time, the stand included a letter-writing workshop in which participants wrote solidarity letters to a number of Palestinian prisoners, a copy of which will be sent to their families by Samidoun Network in occupied Palestine. The collective thanks Mélusine for creating these artistic cards. 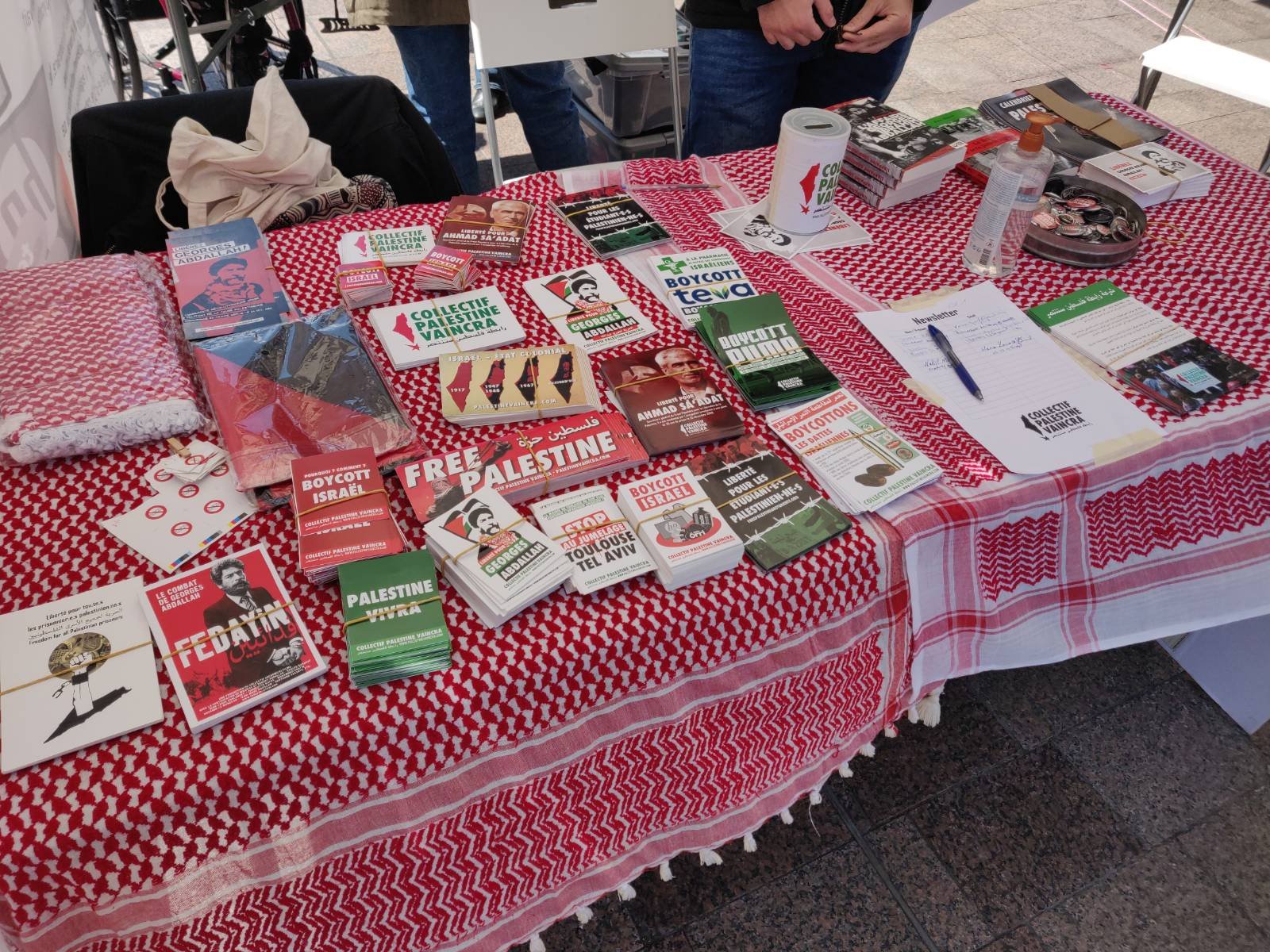 The Collectif also displayed several large banners, in support of Palestinian prisoners, for the liberation of Georges Abdallah — Arab struggler for Palestine jailed for over 36 years in France — and promoting the boycott of Israel. 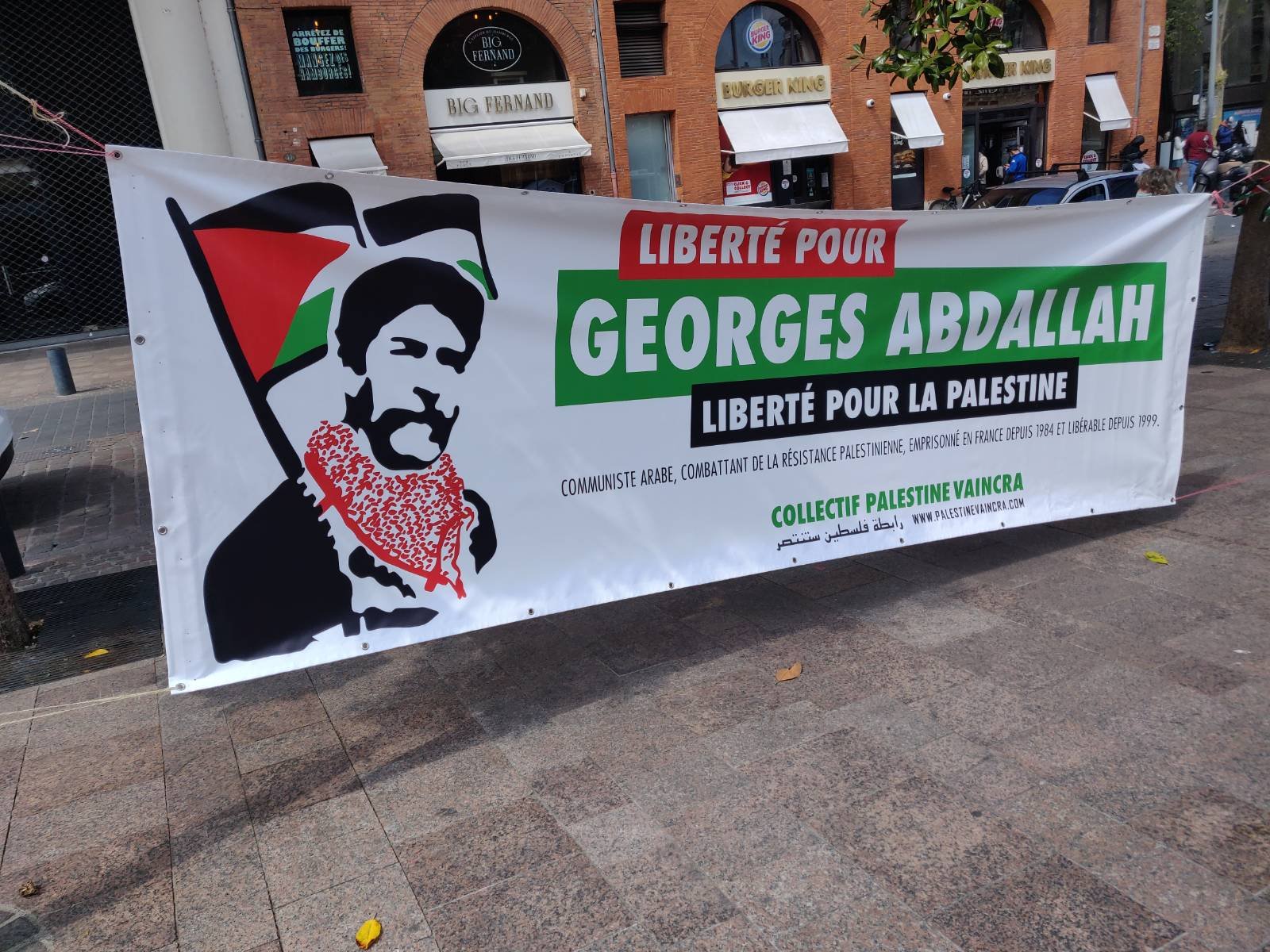 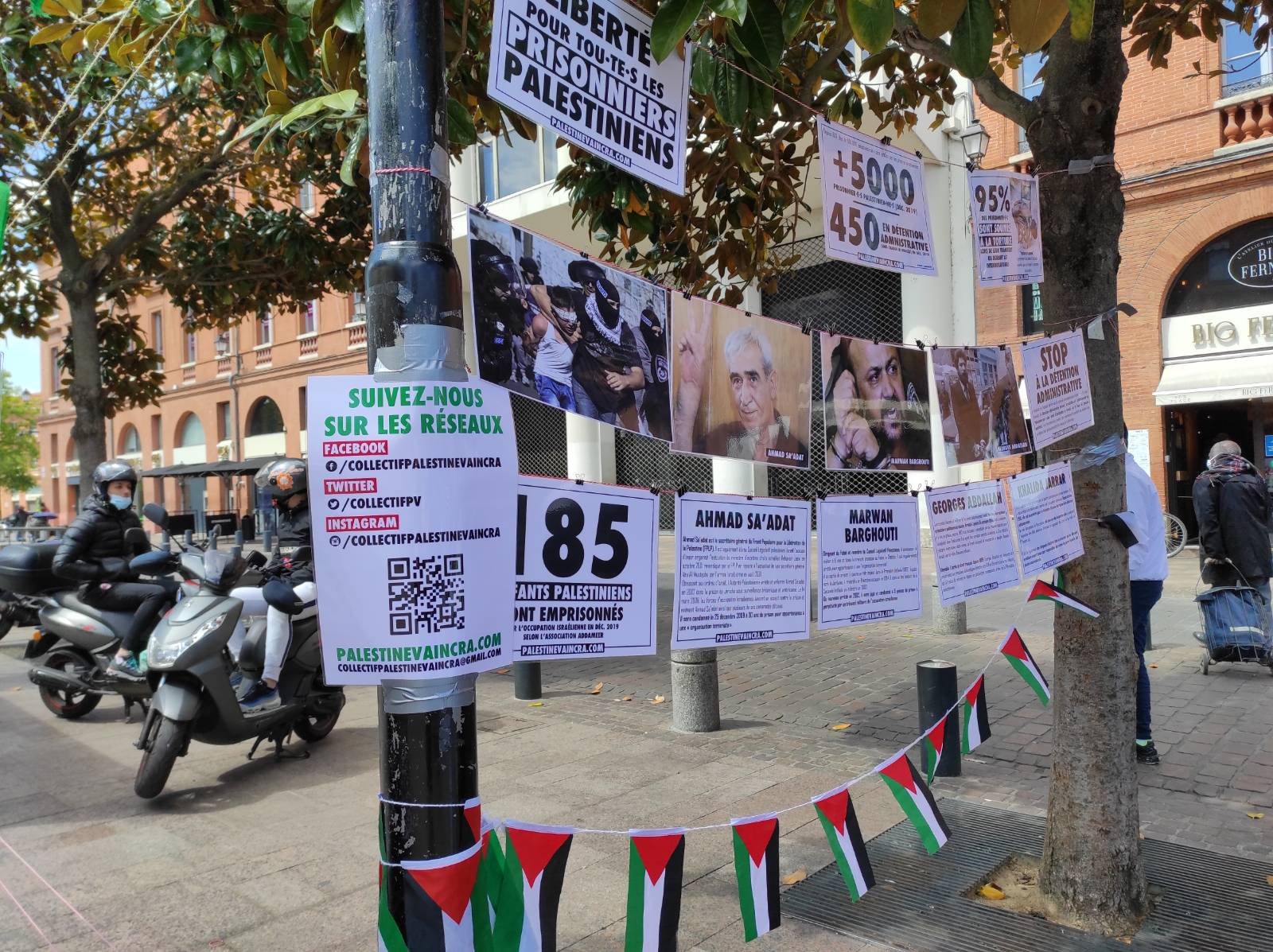 On this occasion, dozens of people took solidarity photos in support of the release of the over 4,450 Palestinian prisoners.

To conclude this solidarity initiative, participants affirmed support for the #AgainstMilitaryCourts campaign by Addameer, opposing the Israeli military courts that condemn over 99% of the Palestinian civilians brought before them: