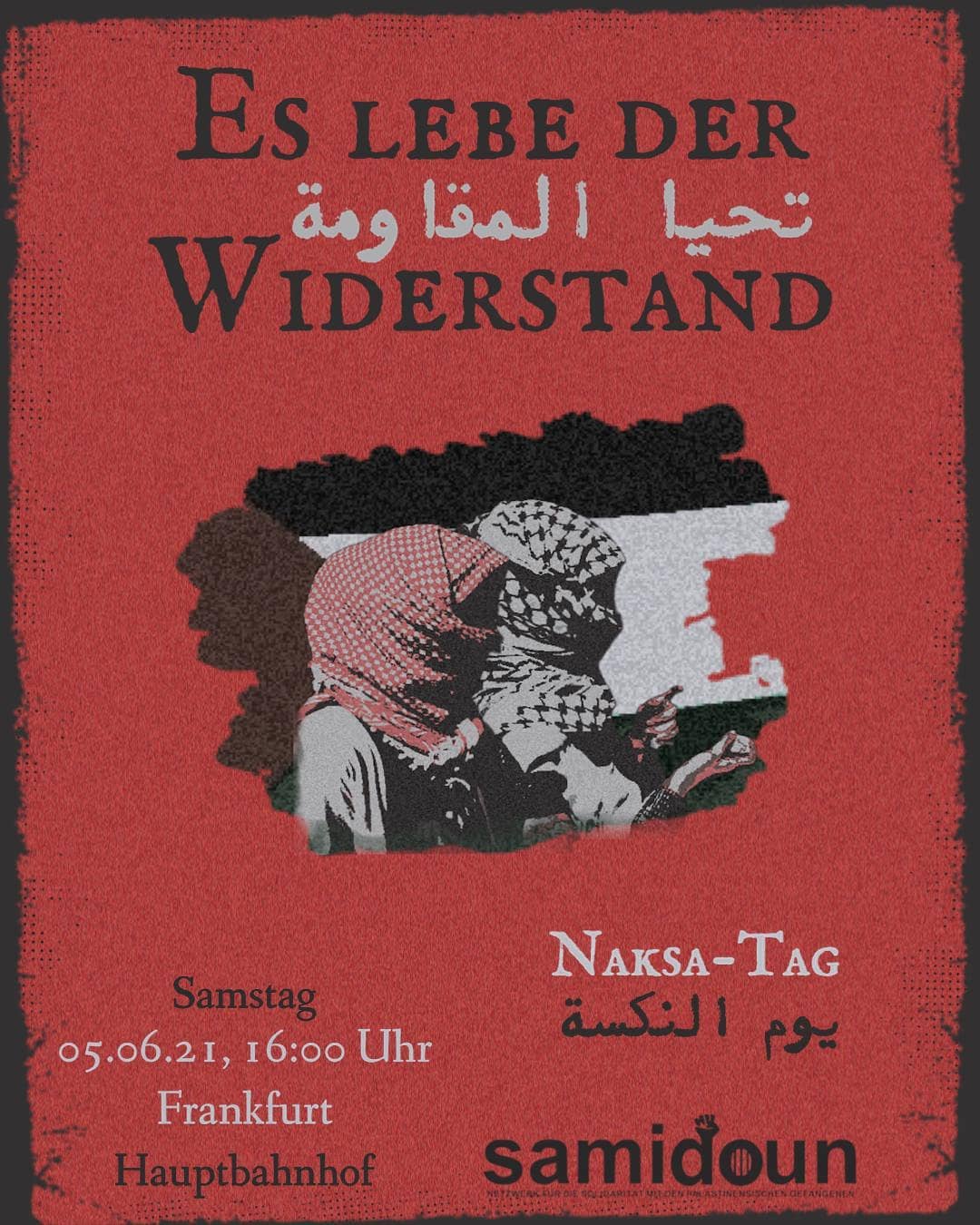 The 54th anniversary of Naksa, the wound that will never heal.

The colonization of Palestine has continued to this day in a violent process of the ongoing displacement and genocide of Palestinians.

However, Palestine cannot be silenced; resistance against occupation, colonization and displacement continues to this day. Despite all attempts to criminalize, divide and weaken the resistance, the voice of Palestine can be heard loud and clear. Palestinians in the lands occupied in 1948 and 1967, in the refugee camps in neighboring countries, around the world, unite with one clear demand: Freedom for Palestine! Return for all Palestinian refugees, displaced persons and their descendants!

Side by side with them stand millions worldwide who support the just struggle of Palestine, the legitimate resistance to violent colonization. Everywhere, and especially in Germany, the struggle for a free Palestine is met by the state, media and politicians with repression and defamation. The oppressors, warmongers and racists are all concerned with one thing: to stifle the fight for truth, for justice. We recognize all the more that our freedom is closely linked to the freedom of our brothers and sisters in Palestine and around the world.

That is why we say: end the occupation of Palestine! Palestine will not be silent!

Be strong against the ongoing occupation and support our struggle and legitimate resistance.