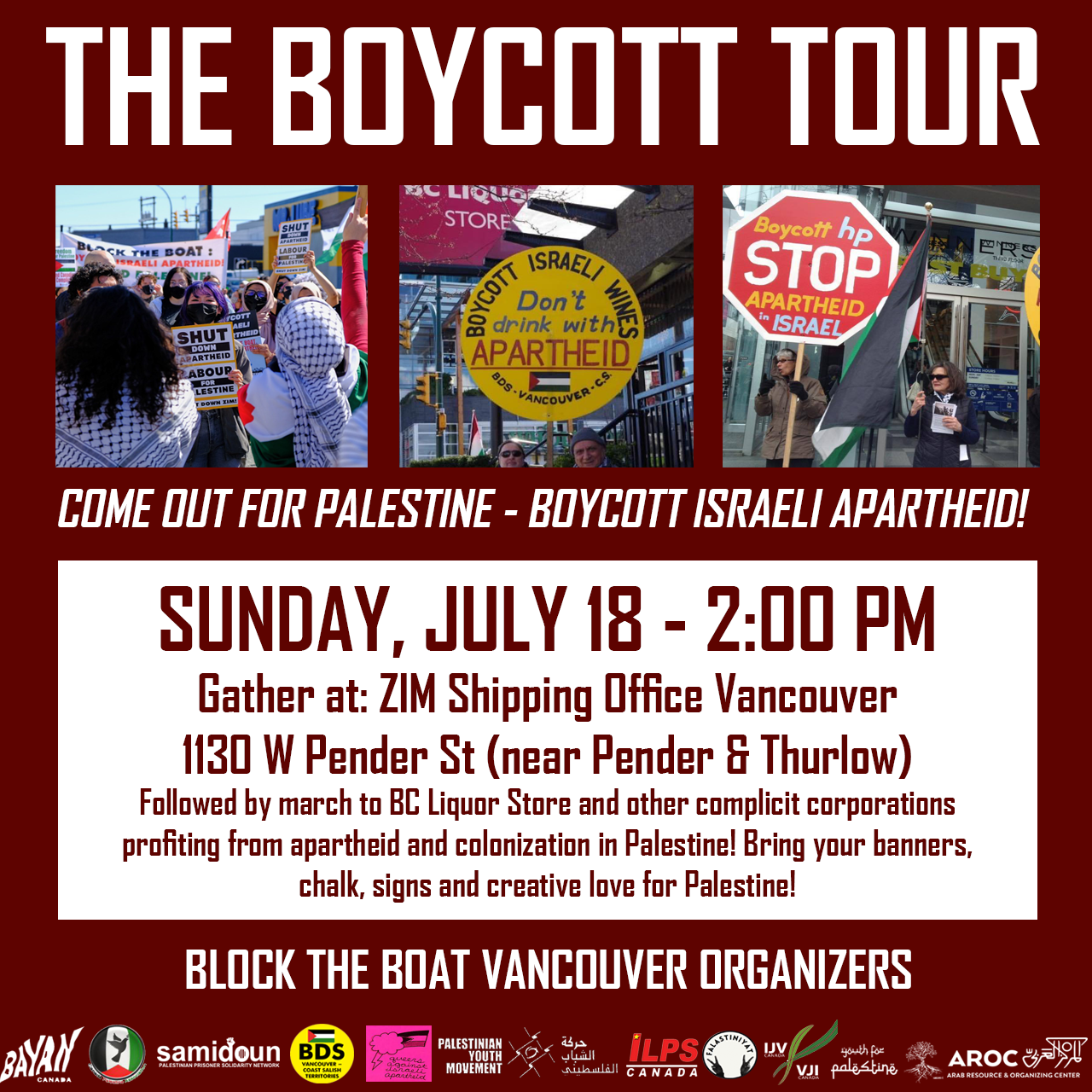 Come out on Sunday, July 18 for a BOYCOTT TOUR for Palestine in downtown Vancouver! We will gather first at the ZIM Shipping offices in Vancouver to protest ZIM, apartheid Israel’s oldest and largest shipping company. ZIM is the target of the global #BlockTheBoat campaign and this protest is in solidarity with workers around the world (and in Prince Rupert) who have respected community pickets and/or themselves refused to handle ZIM’s cargo profiteering from Israeli occupation.

We will then go to the BC Liquor Store to protest the sale of Israeli wines, made on stolen and illegally occupied Palestinian and Syrian land in the West Bank and Golan Heights. The Boycott Tour will proceed to highlight other corporations complicit in Israeli war crimes and colonialism, from HP to Teva to SodaStream.

Bring your banners, chalk, signs and creative love for Palestine!

This event is taking place on the unceded and occupied territories of the Sḵwx̱wú7mesh (Squamish), Səl̓ílwətaʔ/Selilwitulh (Tsleil-Waututh) and xʷməθkʷəy̓əm (Musqueam) peoples. The organizers stand in full solidarity and support of Indigenous sovereignty and self-determination and with the ongoing movements to defend land, water and Indigenous peoples from plunder and settler colonialism.

This event is in support of the global #BlockTheBoat movement organized by AROC – Arab Resource and Organizing Center.
https://blocktheboat.org/