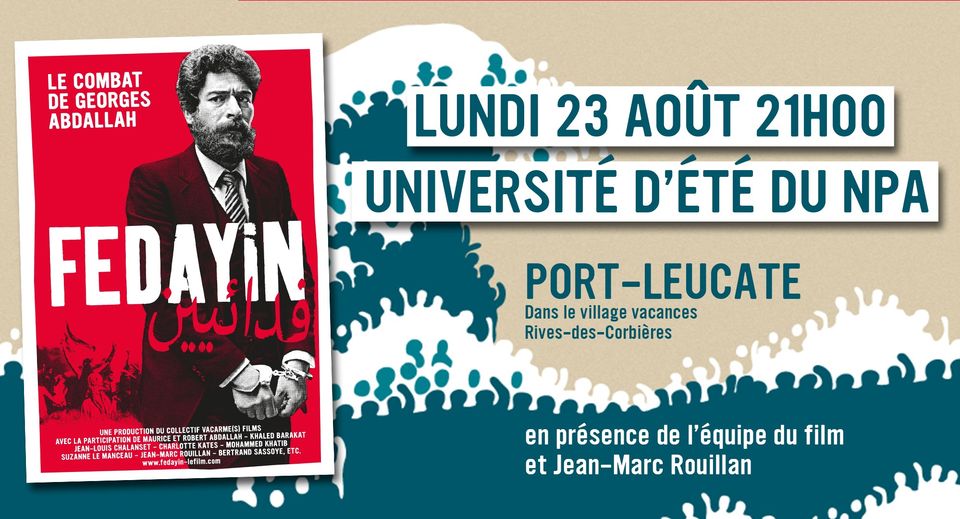 FEDAYIN, THE STRUGGLE OF GEORGES ABDALLAH
A documentary by Vacarme(s) Films

For more than 35 years, Georges Ibrahim Abdallah has been locked behind bars. This documentary retraces the journey of this Lebanese communist resistance fighter who struggled side by side with the Palestinian resistance. For this, the film returns to the origins of Georges Abdallah’s activism and to the complex geopolitical context of the time. It thus takes us to Lebanon, and to the Palestinian refugee camps where Abdallah forged himself politically. We follow his involvement in the Palestinian resistance and then against the Israeli occupation within the LARF (Lebanese Revolutionary Armed Fractions), an engagement which will lead him to France during the 1980s where he was convicted for complicity in assassination. Through a series of interviews with his family, his lawyer, his relatives, his supporters and his comrades, we meet those who know him and retrace a life of resistance to imperialism and colonialism.

Do not hesitate to contact Vacarme (s) Films if you wish to organize a screening or for more information by email to vacarmesfilms@gmail.com. The film is available in English, French, German, Arabic, Italian and Spanish (with subtitles).