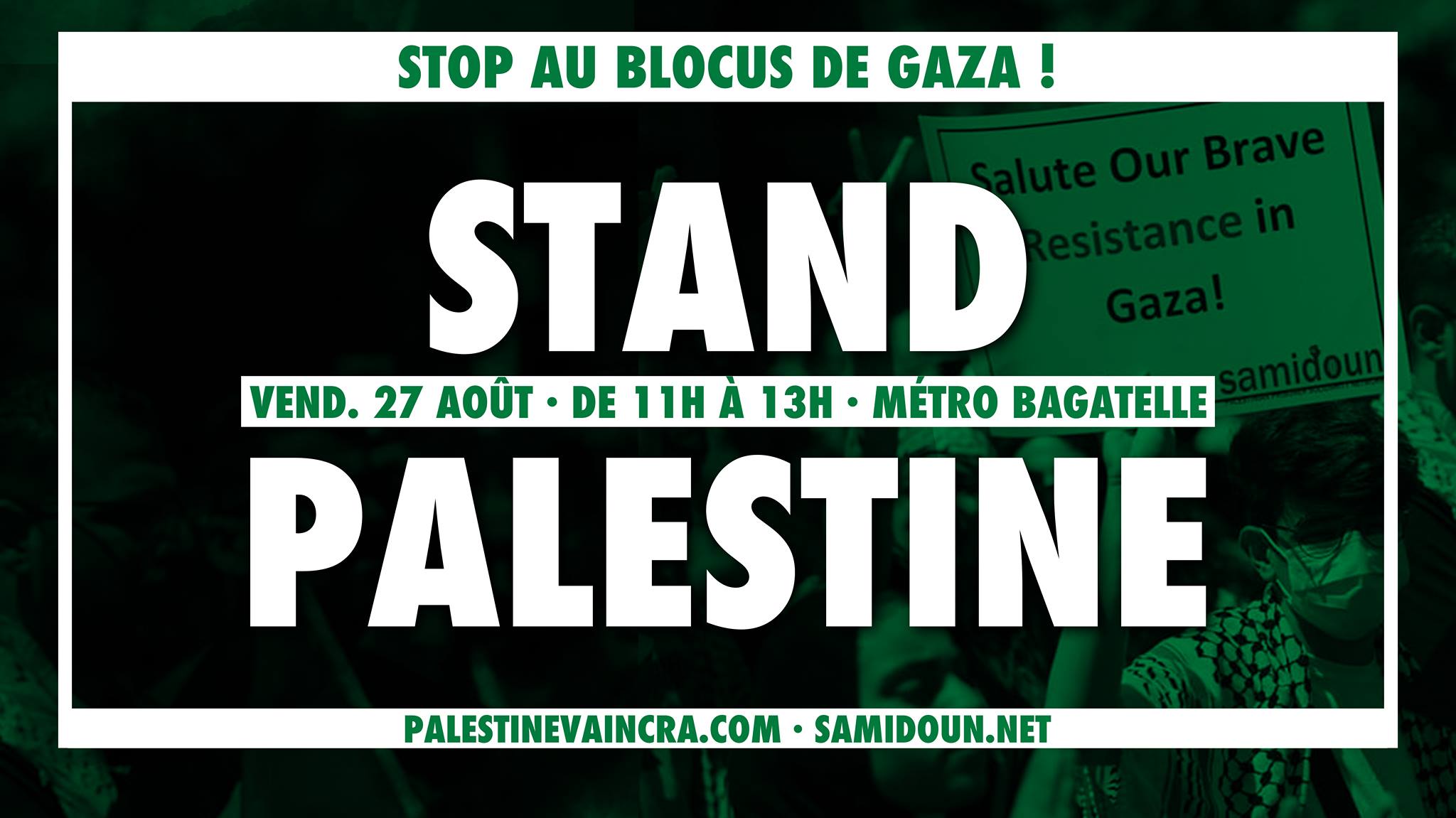 On Friday, 27 August, from 11 am to 1 pm, Collectif Palestine Vaincra will organize a Palestine Stand at the Bagatelle Metro station in Toulouse. Since 2007, the Israeli occupation has imposed an illegal siege on the Gaza Strip with the complicity of the Egyptian regime and Western powers. Since then, the humanitarian situation has been devastating for the 2 million Palestinians who live in a veritable open-air prison. At the same time, the Israeli occupation military is stepping up its attacks in an attempt to break down the courageous resistance confronting colonial barbarity. On 21 August, it shot and wounded 41 Palestinians attending a popular demonstration. Despite everything, Gaza remains standing and resisting the occupation. Let us stand with Gaza and demand the immediate end to the siege on Gaza!

The program will include an information stand, flyer distribution, solidarity photos, petitions, etc.

This event has been registered at the prefecture and respects required health measures (masks, sanitizer, etc.)