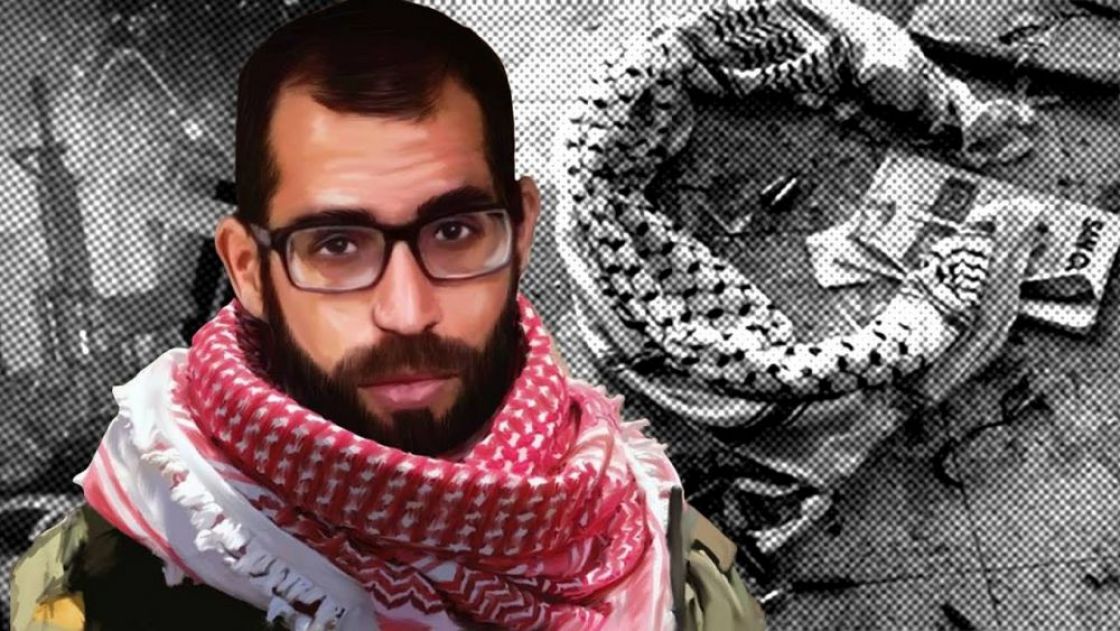 From Birth until Martyrdom

Bassel Al-Araj was born on January 27, 1984, in the village of Al-Walaja, overlooking the Palestinian coast, where earth meets the heavens with a “sea that is too big to be besieged” as he once chanted in an angry demonstration against the blockade on Gaza.

Bassel grew up curious and constantly studying and reading. Despite him graduating as a pharmacist, he only practiced for a year. Afterwards, he devoted himself to studying Palestinian history, especially the history of the resistance, researching and publishing the detailed experiences of revolutionaries to be practically benefited from.

Bassel’s search can be condensed into the question of resistance. Fascinated by the moments of transformation and decisive resolution of the struggler, his search lasted twenty years, during which he engaged in a continuous struggle in all its forms. From the demonstration, sit-in, community work and education, to confronting arrest and torture with hunger strikes, and concluding with being pursued, engaging in armed struggle, and ultimately ascending to martyrdom.

Tours in the History of the Resistance

Bassel organized famous field trips in occupied Palestine under the title “Tours in the History of the Resistance”, which accompanied the “History of Resistance in Palestine” course that he volunteered to present at the “People’s University” – Suleiman Al-Halabi Circle.

Bassel spoke in these tours with certainty and historical context about Zionist settlements and their relationship with Palestinian resistance, citing the example of the Jenin Triangle, the “Triangle of Fire” as he called it, and how to this day it is devoid of settlements. With compelling analysis, he attributes this victory to the continuous resistance that the “Triangle of Fire” has engaged in.

Resistance is a Continuous Endeavour

On his path of struggle, Bassel faced the unimaginable, both dead and alive; he was brutally arrested by the disgraced Palestinian Authority, which not only tortured and exposed him to the enemy but went on to assault and defame his family and friends. This saga of treason and obscenity carried out by the Palestinian Authority concluded with setting a historical precedent by trying a martyr in court over his martyrdom.

“Resistance is a continuous endeavour. Every price you pay in the resistance, if you don’t reap the results in your lifetime, you will afterwards” Bassel said, addressing all our people. He concluded his will with “you, yourself, should search”. This imperative sentence does not refer to an ambiguous ideal as much as it inspires action and continuation.

Bassel concluded his struggle by clashing with the Zionist enemy forces on 06.03.2017. His body embroidered with 22 bullets and shrapnel, he was buried in a grave that he prearranged, on a hill overlooking the same scene as the first, where the earth meets the sky with a sea that is too big to be besieged.