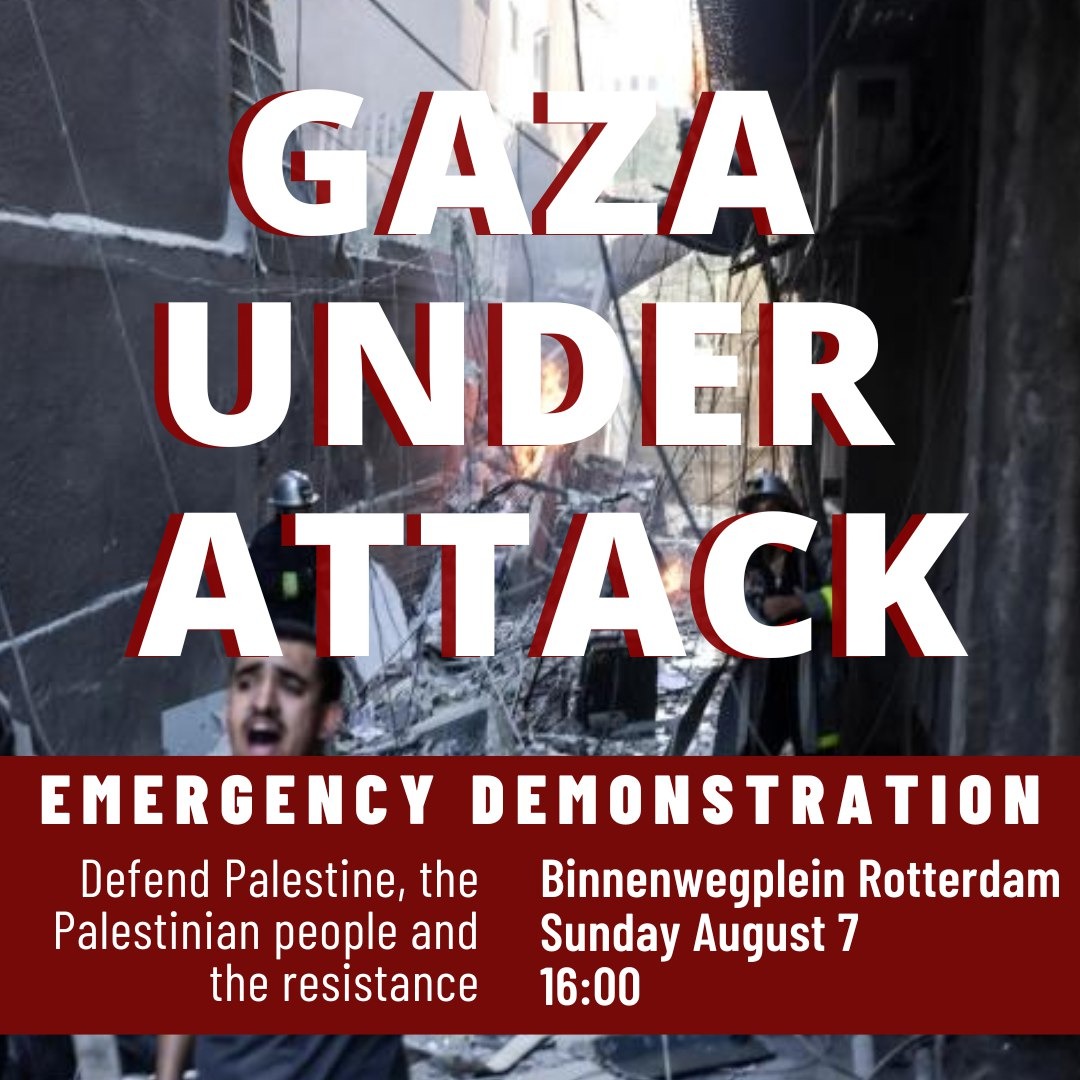 Protest for Palestine, the Palestinian People and the Resistance

The attacks follow after the occupying forces arrested Bassam al-Saadi, leader of Islamic Jihad in the West Bank, in Jenin last week. The 17-year-old resistance fighter Dirar al-Kafrini was murdered.