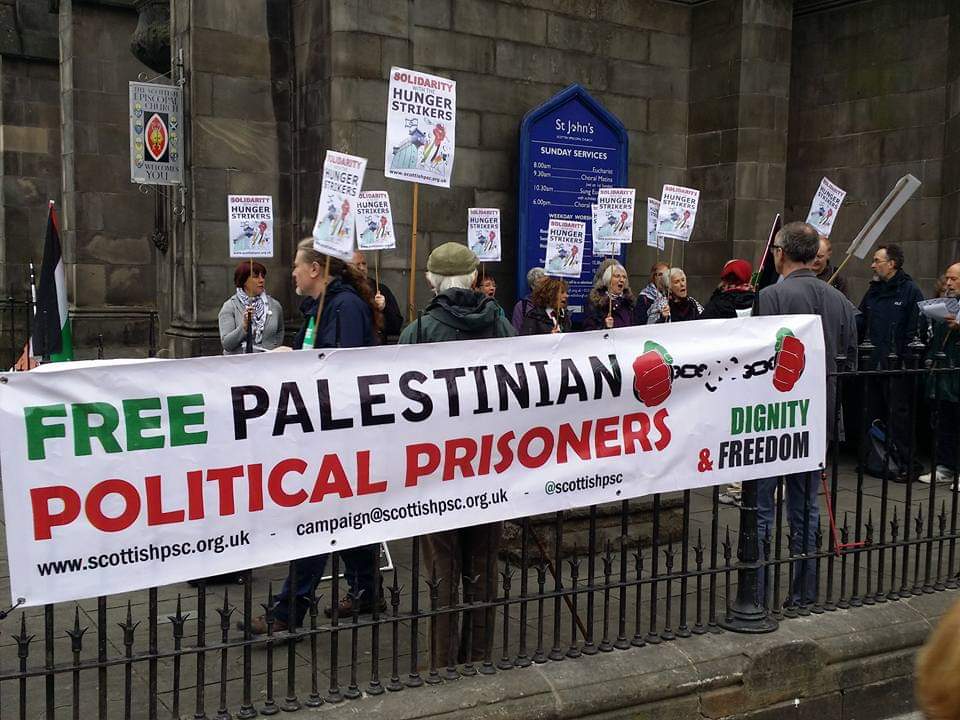 400 Palestinian hunger strikers in Israeli dungeons. Nelson Mandela, the Head of the ANC military arm, served 27 years on Robben Island. Karim Younis has already served 37 years for attacking soldiers of Israel’s army of occupation in the Golan. Jewish fascist Elor Azaria served 9 months after being caught on camera murdering a helpless Palestinian.
Come to Mandela Pl/Buchanan St on Saturday to hear the stories of Israeli crimes and Palestinian resistance.