NYC: Demo in Solidarity with Palestinian Refugees in Lebanon! 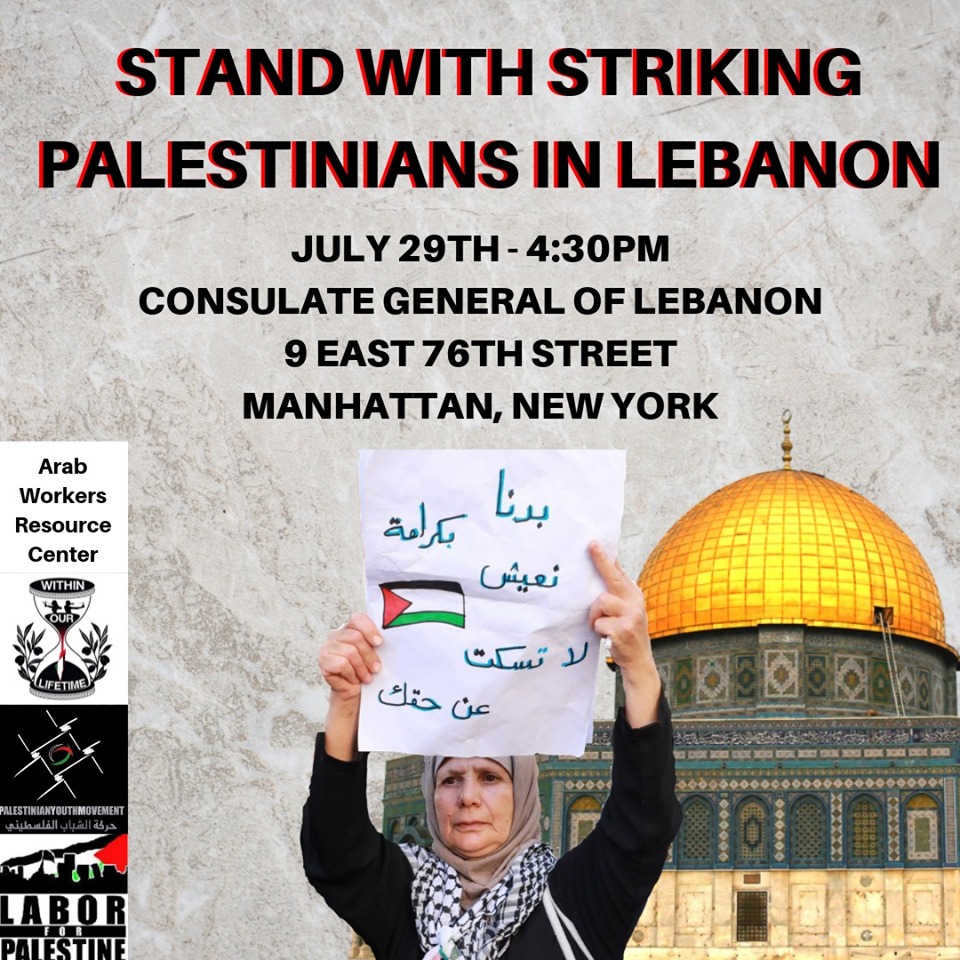 Join Within Our Lifetime, Palestinian Youth Movement, Labor For Palestine and more on Monday, July 29, in front of the Consulate General of Lebanon in NYC in solidarity with Palestinians across camps in Lebanon that are rising up to demand the repeal of the Lebanese Labour Law to ban Syrian and Palestinian refugees from working without visas that has led to mass unemployment and a crackdown on refugee workers.

Palestinian organizations in Lebanon have expressed specific demands, including:

Check out the following statements for more information on the situation in Lebanon: