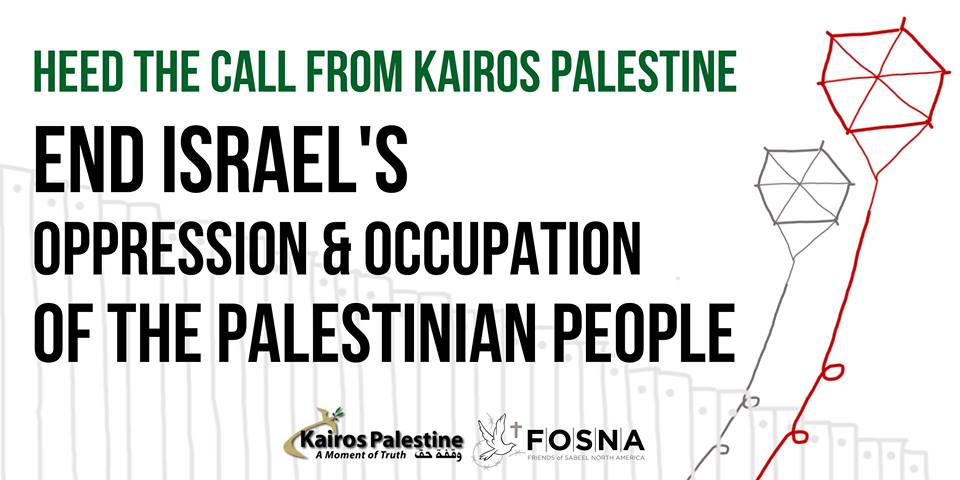 **Please note time is TBD for now and we will confirm and update soon! It will definitely be in the morning, as that is when the consulate is open***

On May 15 (Nakba Day), clergy, people of faith, and laity will go together to the NYC Israeli consulate to embody solidarity with Palestinians. We are calling all faith leaders and people of faith in NYC to join us for prayer and to demand the Israeli government end the brutal occupation and grant Palestinians the space and right for their own self-determination.

Together, we will deliver or read the Kairos petition which states:

Declaring as unjust and illegal the occupation policies and practices of the State of Israel over seven decades, including…
• Creating over 700,000 Palestinian refugees in the Nakba (catastrophe), who were forced from their homes and villages in 1948-1949 when the State of Israel was established on 78% of historical Palestine;
• Occupying the remaining 22% of Palestine in 1967, in contravention of UN Council Resolution 242 which emphasizes the “inadmissibility of the acquiring of territory by war”;
• Imposing in Palestine military rule and segregation, including an unjust system of military law, a network of Israeli settler-only roads and checkpoints that restrict Palestinian freedom of movement and trade, and a separation wall judged by the International Court of Justice in 2004 as “a breach of international law”;
• Settling its populations into illegal Israeli settlements on Palestinian land.This is in breach of the Geneva Conventions and has been consistently condemned by the international community and non-governmental organizations;
• Control of the airspace, territorial waters and land borders of Gaza, and restricting movement in and out of the territory, creating an urgent humanitarian crisis widely criticized by humanitarian organizations;
• Adopting the discriminatory July 2018 Nation State Law passed by Israel’s governing body, stipulating that Jewish people have a unique right to national self-determination not afforded other citizens of the state, elevating Hebrew above Arabic as Israel’s official language, unilaterally claiming Jerusalem as the “complete and united capital of Israel,” and endorsing “development of Jewish settlements as a national value.”

I (We), [a] member(s) of global civil society, call on the State of Israel to:
• End the occupation of Palestine immediately;
• Restore the full and equal rights of and end discrimination against Palestinian citizens living in Israel and between all inhabitants of the Land;
• Respect the right of return of Palestinian refugees.