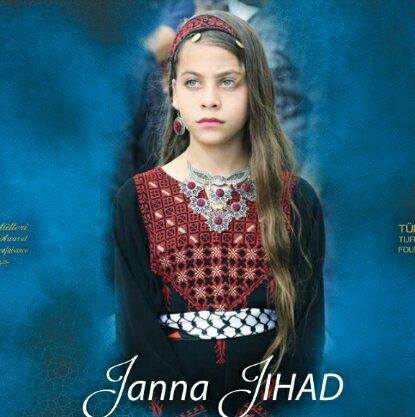 She will be in Orlando on August 11th for info please email Rasha Mubarak Mubarak.rasha@gmail.com.
On August 12 she will be hosted by SJP UF at the Civic Center in downtown Gainesville. 433 S. Main St. For more details contact Laila Fakhoury at lailafakhoury@ufl.edu

Janna who is one of the youngest accredited journalists in the world and Ambassador of South African children’s rights organization Shamsaan – meaning 2 Suns is on a month-long speaking tour. She hails from the village of Nabi Saleh, in the Israeli-occupied West Bank where she has participated in and recorded weekly protests against Israel’s occupation and confiscation of Palestinian land and resources.

Last summer Janna undertook a successful speaking tour to South Africa, where, among other things, she participated in Nelson Mandela’s centenary celebration events. Janna hopes to engage with broad sections of the American public, and especially with activists fighting for justice in their own communities, and with youth.

As a Palestinian child living through the brutal injustices of military occupation that impacts all aspects of her life on a daily basis, Janna began recording, reporting on and sharing her lived reality, from the age of 7, shortly after two of her relatives were killed by Israeli forces. Janna now enjoys a global following, serves as ambassador of the South African Palestinian children’s initiative, Shamsaan and has been awarded internationally for her media role. In a political climate where adults are inert with despair, Janna continues her passionate fight for the freedom of her people, stands up for human rights and speaks out against the various mechanisms used by Israel to violate the rights of Palestinians, particularly, children.

Eid sweets and refreshments will be served. Optional donation at the door $20 per adult $10 per child.