Palestinian forces strongly condemned the arrest of Khalida Jarrar, member of the Palestinian Legislative Council and Palestinian leader, from her home by Israeli occupation forces. 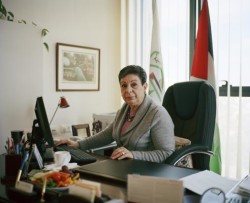 “On behalf of the PLO Executive Committee, we strongly condemn today’s arrest of Palestinian Legislative Council (PLC) Member and a member of the political leadership of the PFLP, one of the PLO’s constituent factions, Khalida Jarrar.

It is obvious that her arrest is politically motivated and a violation of her parliamentary immunity, and Israel should respect international norms regarding the immunity of elected officials….

We demand the immediate release of Khalida and all imprisoned PLC members, and we call on all members that are signatories to the Fourth Geneva Convention to hold Israel accountable for its blatant violations of international law, including the arbitrary arrests of Palestinians and the torture of Palestinian prisoners in Israeli jails, Israel’s continued use of administration detention and solidarity confinement, the ill-treatment of Palestinian men, women, children, and elderly, and the constant prevention of visitations by family members. Israel is not above the law, and it must not be given carte blanche to dehumanize the Palestinian people and systematically devalue their basic rights and lives.”

For its part, the joint parliamentary blocs and lists in the PLC said in a statement that “this arrest comes amid a growing escalation by the occupation against the Palestinian people through continuing the construction of settlements, attacks on Jerusalem and the holy sites, and campaigns of arrests, including against elected PLC members.” The statement urged regional and international parliamentary bodies to expose the Israeli policy and isolate the Israeli state, holding it accountable for its crimes.

“Popular and political forces and civil society organizations are committed to work to defend the militant leader Khalida Jarrar and resisting the attack of the occupier as they did when it attempted to expel her. Our people, and the comrades and colleagues of Khalida, will once again impose on the occupation the release of our dear colleague Khalida, to return to the forefront of resisting the occupation and its attacks.

The occupier will learn that the arrest of Khalida Jarrar – like the arrest of the head of the Abu Ali Mustafa bloc, the leader Ahmad Sa’adat, will not stop our contributions to the struggle for the freedom of Palestinian people and Palestinian land. These imprisoned comrades are today shining stars in the sky of Palestine lighting the path for all fighters for freedom, return and liberation.”

The Popular Front for the Liberation of Palestine said: 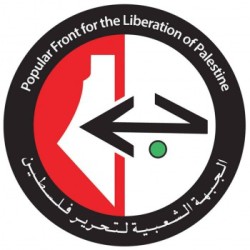 “The Popular Front for the Liberation of Palestine strongly condemned the arrest of national leader and Palestinian Legislative Council member Khalida Jarrar by Zionist occupation forces, considering this arrest to be a desperate attempt to suppress her activity and prominent national role in defending the rights of the Palestinian people, the prisoners and their struggle, and to confront the policies and plans of the occupation and expose its crimes.

The arrest of MP Khalida Jarrar, along with the arrests of MPs Ahmad Sa’adat, Marwan Barghouti and many members of the Change and Reform Bloc, once again confirms that the Zionist state does not respect any immunity or agreements, urging a quick response to these arrests targeting various sectors of the Palestinian people through immediately ending security coordination and all forms of political and economic relationship with the occupation state, and rebuild the Palestinian national strategy on the basis of the overall conflict with the enemy.

The Popular Front for the Liberation of Palestine is confident that the leader Khalida Jarrar is able to thwart the occupation’s plans for her arrest, as she defeated its previous plan to expel her to Jericho.” 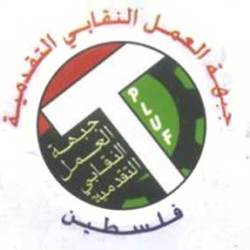 “Khalida Jarrar has always been known for standing alongside poor and marginalized people and advancing their interests and concerns. She has always stood wholeheartedly with the workers’ struggle and trade union struggles, supporting workers’ rights, union rights, and economic and social policies of justice to support the steadfastness of the Palestinian people.

The Progressive Labor Union Action Front called upon all international organizations and institutions to stand with Khalida Jarrar and demand her immediate freedom.”

The Palestinian Islamic Jihad movement said that “the arrest of a national symbol such as Khalida Jarrar indicates desperation of the occupation to suppress the progress of the masses in confronting the occupation and its aggressive and expansionist policy,” and called on the Palestinian Authority and its security forces to end security coordination with the occupier in the West Bank.

Qais Abdul Karim, “Abu Laila,” Deputy General Secretary of the Democratic Front for the Liberation of Palestine said that the arrest of Jarrar is “part of the overall war by the occupation targeting our people.” The Palestinian People’s Party said that the “occupation is indulging in aggression in violation of all international laws and norms.”

Hamas condemned the arrest of Jarrar as a “Zionist crime par excellence,” warning of the “dangers and consequences of this arrest.” Speaking on behalf of the movement, Salah Bardawil demanded an end to Palestinian Authority security coordination with the occupation, noting that Jarrar was a strong advocate of ending security coordination.

in response to Jarrar’s defeat of the Israeli military judge’s order of expulsion to Jericho a few months ago,” and for Jarrar’s role in Palestine’s accession to the International Criminal Court. 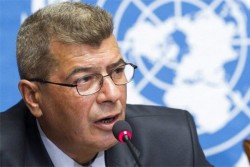 Issa Qaraqe, director of the Prisoners Affairs Committee, said that the arrest of Jarrar is a “message to the international community from Netanyahu and his gang…that the persecution of Palestinians will continue at all levels,” urging international parliamentarians to take action on Jarrar’s case and push their governments to pressure Israel in a meaningful way to release Jarrar and her fellow Palestinian political prisoners.