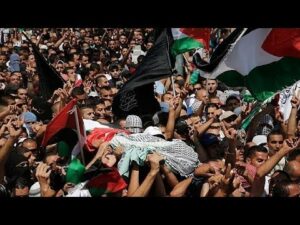 In the past few weeks over 30 Palestinians have been killed and more than 600 wounded in acts of IDF/settler agression in the West Bank, East Jerusalem and Gaza.

BRING A PALESTINIAN FLAG AND A KEFFIYEH WITH YOU. We will make Times Square a SEA of Palestinian flags to show the zionists how many stand with our cause.

In response to the justified uprising of the Palestinian people, Zionist activists have chosen to organize a ‘Jewish Lives Matter’ rally in Times Square this Sunday, October 18th at 5:00pm. They will be wearing blue and white to represent Israel, as well as IDF t-shirts. Besides the fact that they are appropriating the black liberation movement by hijacking the slogan Black Lives Matter, they are holding a moment of silence for murdered israelis without regard for the disproportionate violence and death experienced by the Palestinians every day.

They are glorifying the terrorist organization of the IDF, who are responsible for the torture and murder of Palestinian civilians. In the past week, over 20 Palestinian youth have been murdered by settlers, many of which have graphic video evidence being taunted by and mutilated by israeli settlers during and after death. Where is their moment of silence? This Sunday, we stand against outrageous number Palestinian children and civilians that have been murdered by those belonging to the same Zionist group as those gathering in Times Square on this day. We stand against ‘Israels right to defend’ itself against innocent children and civilians who clearly pose no threat. We stand in solidarity with the movement for Palestinian liberation from 60+ years of Zionist occupation, violence, and settler-colonialism. We stand in retaliation to the appropriation of the black liberation movement. We stand against Zionist repression, and racist Zionist ideology that weighs israeli deaths as warranting more outrage than that of Palestinians, when Palestinian deaths are greater in number and weaker in justification. Bring keffiyehs, flags, signs and join us on this day.

Join us loudly in proclaiming that Resistance is not Terrorism, Occupation and Colonialism are Terrorism!