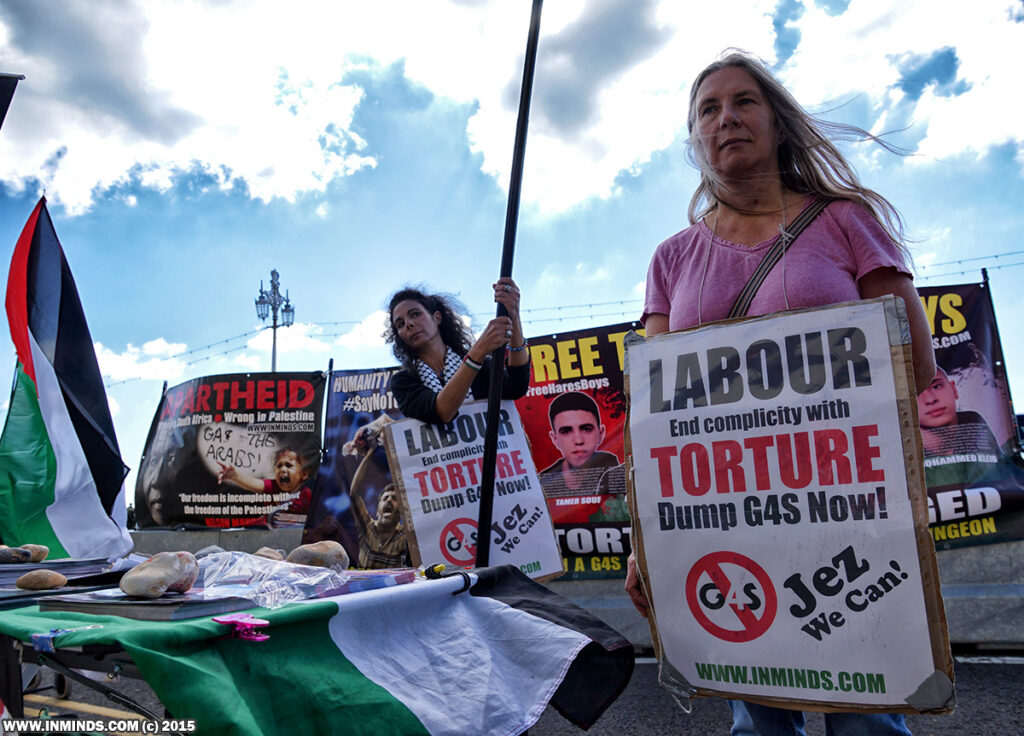 The British Labour Party will no longer be doing business with G4S. The National Executive Committee of the party voted 12-4 to boycott G4S over its involvement with Israeli repression against Palestinians – providing security systems and control rooms to Israeli prisons imprisoning Palestinian prisoners and equipment to Israeli police training centers in Jerusalem.

Campaigners have long called upon the Labour Party to stop doing business with G4S, whose human rights abuses are not limited to Palestine but include its record on forced deportations from the United Kingdom, prisons in South Africa, mining companies in Canada and elsewhwere. Protests have taken place outside Labour Party conferences calling for an end to the contracts with G4S. Palestinian political prisoners have urged international action to boycott G4S.

“This is great news. The role of G4S in the Israeli occupation of Palestine includes complicity in the detention of children and the torture of Palestinian prisoners, breaking international law in the process. The Labour Party has always stood for social justice, fairness and decency, this decision shows we will stand up and act ethically and responsibly when working with businesses,” said Grahame Morris, Labour Member of Parliament and chair of Labour Friends of Palestine and the Middle East.

This comes as 220 Palestinian and international organizations are calling on the United Nations to stop doing business with G4S. The UN provides G4S, the world’s largest private security corporation, with $22 million in business annually. A week of action is beginning today with a protest in New York City during the UN’s commemoration of the International Day of Solidarity with the Palestinian People, calling on the UN to join the boycott of G4S.

The Gates Foundation divested its $170 million investment in G4S in 2014 after a global campaign, and universities in Europe and the UK have rejected contracts with G4S over its actions in Palestine.

Samidoun Palestinian Prisoner Solidarity Network salutes the campaigners whose years of work have led to one less contract for G4S and a politically significant victory, and urges the UN to follow the Labour Party, dump G4S from its approved contractors list and cancel its G4S contracts.