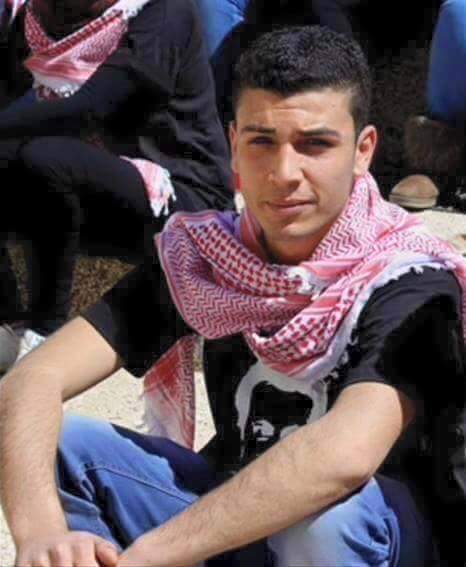 Abu Aker, a leftist youth organizer, was one of at least 27 Palestinians seized by Israeli occupation forces in the West Bank today. Other Palestinians arrested included nine former political prisoners from the Nablus area, and prominent Hamas leader and former political prisoner – who served 27 years in Israeli jails – Omar Barghouthi in Kobar, near Ramallah. This came after 41 arrests of Palestinians by the occupation army on Wednesday, in Dheisheh, Shuafat, Aida and Qalandiya camps among others, and including a number of children, including a 12-year-old from Jerusalem.

The arrest of Abu Aker followed the arrest of 19-year-old university student Donya Musleh, an activist with the Progressive Student Labor Front, in Dheisheh camp on 16 November, the tenth Palestinian woman arrested so far this month. The Palestinian refugee camps have been particularly targeted amid the rising intifada, including for home demolitions, a particularly destructive form of collective punishment by the Israeli occupation that is even more dangerous and threatening when carried out in a crowded, tightly built refugee camp.

The Popular Front for the Liberation of Palestine issued a statement, noting that “the Zionist occupation is continually targeting Palestinian refugee camps, especially Dheisheh camp, where yesterday a mass arrest campaign was carried out against the cadres and members of the Front. These arrests will not break the resistance or deter our people from continuing their valiant intifada and confronting the crimes of the occupation.”

Since the escalating popular Palestinian uprising began in October, well over 1,500 Palestinians have been arrested by Israeli occupation forces.

1. Contact your government officials and demand an end to international silence and complicity with the attacks on Palestinians. In Canada, Call the office of the new Foreign Minister, Stéphane Dion, at 613-996-5789 and demand an end to Canadian support for Israel, or email: stephane.dion@parl.gc.ca. In the US, call the White House (202-456-1111) and the US State Department (202-647-9572); demand an end to US aid to Israel. In the EU, contact your MEP – you can find your MEP here, or use the tool at http://freepalestine.eu/ to both call for an end to the EU-Israel Association Agreement.

2. Protest at the Israeli consulate or embassy in your area.  This is a time of uprising and intifada – protests are happening around the world and are more urgent than ever. see our list of actions here:http://samidoun.net/2015/10/take-action-rise-up-with-palestine-global-protest-actions/ Hold a community event or discussion, or include this issue in your next event about Palestine and social justice. Please email us at samidoun@samidoun.net to inform us of your action.