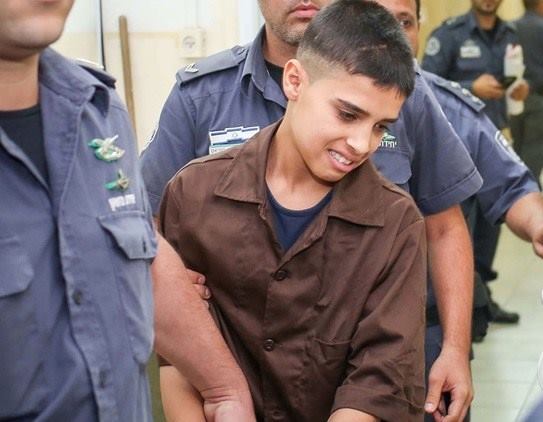 As Ahmad lay bleeding and gasping for help, occupation forces and other settlers surrounded him, cursing and kicking his injured body as an ambulance idled nearby. A video of the vicious attack, captured on a cell phone by one of the mob and later uploaded to the Internet, shocked thousands.

Later occupation forces interrogated Ahmad without his parents or an attorney. A leaked video of the encounter shows them hurling insults and threats until he agreed to give them whatever confession they wanted. They then charged him with participation in a knife attack on Israeli settlers.

G4S, the world’s largest firm company and second-biggest private employer, equips Israeli prisons and detention centers where Palestinian political prisoners, including children like Ahmad, are held and tortured, as well as the occupation forces and infrastructure that routinely massacre Palestinians while holding millions under military rule.

Join us to answer a united appeal by Palestinian prisoners for escalated boycotts of G4S and support a growing international campaign to win Ahmad’s freedom.

Demand G4S immediately end its contracts with Israeli prisons and detention centers, occupation and security forces and checkpoints, and that Israel release Ahmad and all Palestinian prisoners.