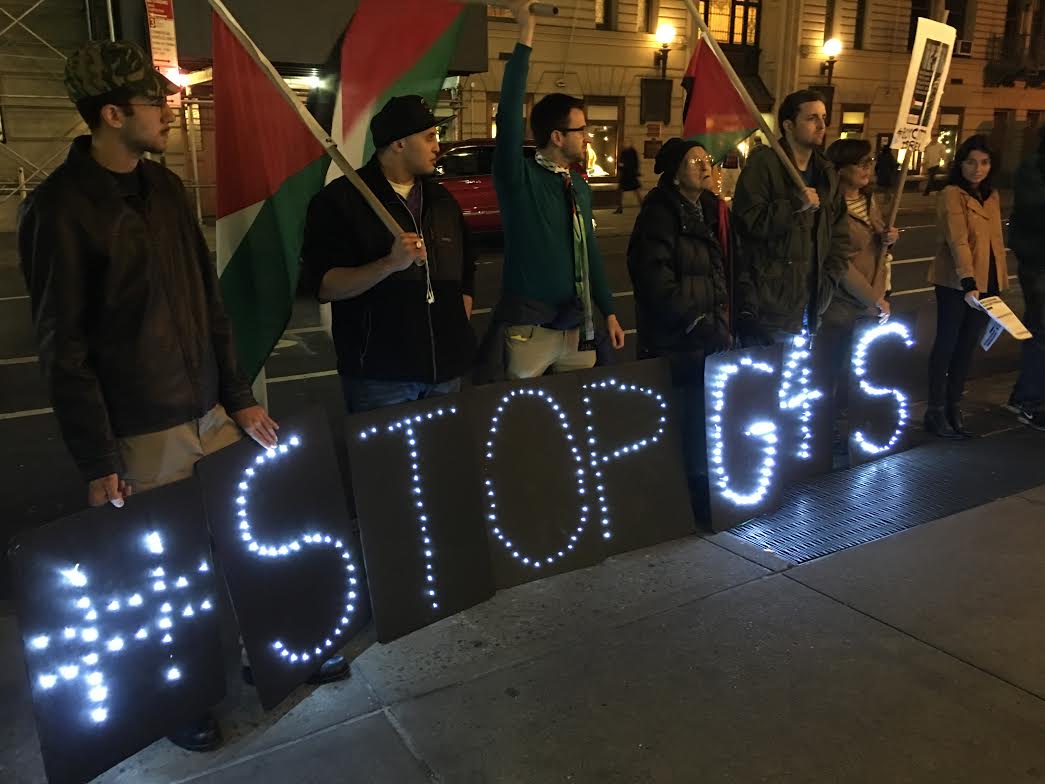 New Yorkers protested on Friday, December 11 outside the offices of British-Danish security multinational G4S, demanding an end to its provision of security equipment and services to Israeli prisons and detention centers holding Palestinian prisoners and to the Israeli checkpoints and police training centers that imprison the Palestinian people as a whole. The protesters also demanded the immediate release of Khalida Jarrar, Palestinian leftist parliamentarian, feminist and advocate for political prisoners, sentenced by an Israeli military court to 15 months imprisonment for her public political activity on 6 December, and all Palestinian prisoners.

Carrying lighted signs bearing the slogan “Stop G4S,” protesters also called upon the United Nations to cancel its contracts with G4S. G4S, the world’s largest security company and second-biggest private employer, equips and maintains the Israeli detention centers and jails where Palestinian political prisoners, like Jarrar, are held and tortured, the occupation forces and infrastructure that routinely massacre Palestinians while holding millions under military rule, and the military checkpoints that prevent ethnically-cleansed Palestinian refugees from returning to their homes. Click here to take action and demand the UN drop G4S. 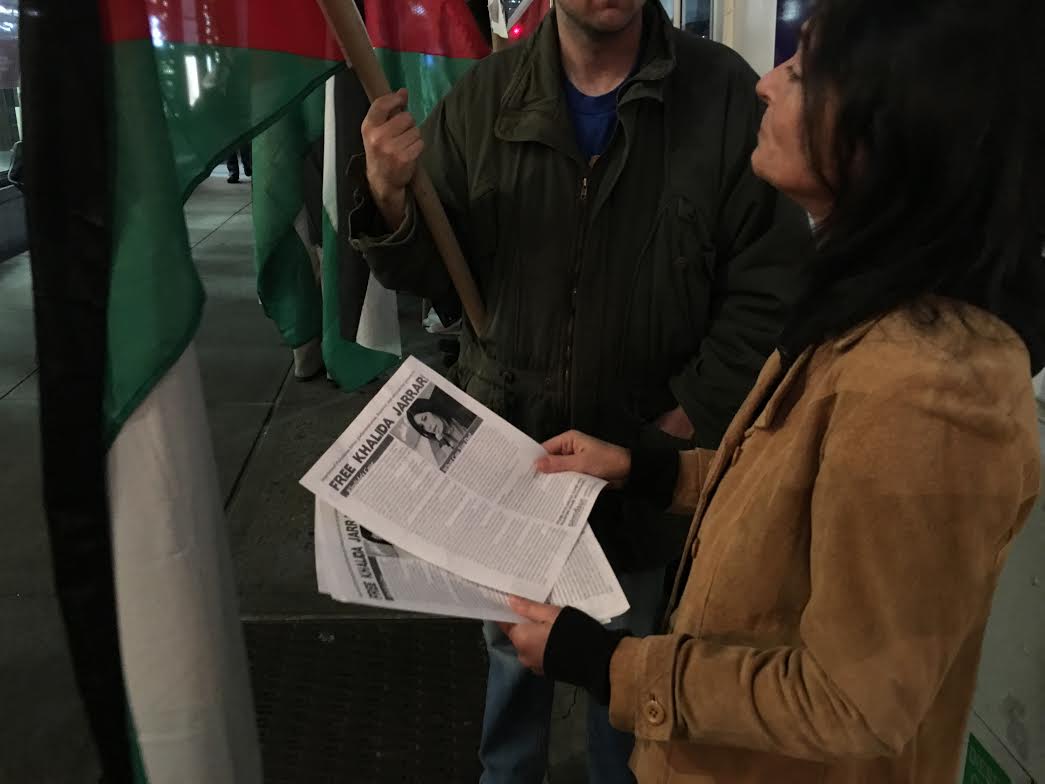 Samidoun New York protests weekly on Fridays outside the offices of G4S, demanding an end to its involvement in the oppression of the Palestinian people and an end to contracts with G4S from the United Nations, CUNY and other public institutions. The Palestinian prisoners’ movement recently issued an unprecedented appeal for escalated boycotts of G4S over its participation in Israel’s colonial policies of occupation and repression.

Video via OWS People’s Kitchen, who participated in the protest with the lighted “#StopG4S” signs: