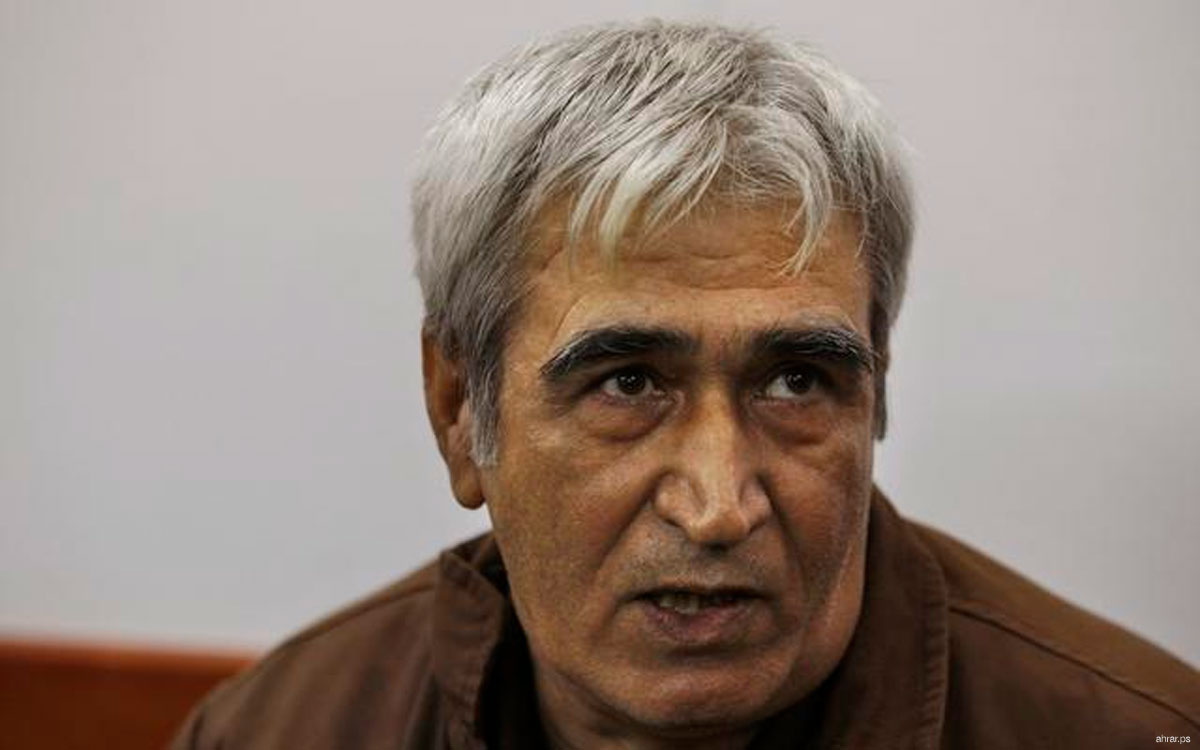 The following statement by Ahmad Sa’adat, the imprisoned General Secretary of the Popular Front for the Liberation of Palestine, the Palestinian Leftist political party, was issued marking the 48th anniversary of the PFLP’s founding, on December 11, 1967, from his cell in Ramon prison where he is imprisoned by the Zionist occupation. It is reprinted here from the Campaign to Free Ahmad Sa’adat:

To the masses of our people, to the comrades,

On this occasion, we salute the great 48th anniversary of our Front. And Palestine is rising in intifada and revolution, with martyrs who have sworn to defeat the occupation and pave the way of the people toward real national self-determination, liberation and return, who are determined that Jerusalem will not be stolen from our people. The leaders and militants of our people and our youth and all of our forces are behind this escalating intifada, toward independence and self-determination over our land, rejecting all attempts to stop and deflect this movement from its natural course and from the objectives sought by the uprising of the youth.

This intifada is continuing steadily despite the enormous sacriices and despite attempts by the occupation to stop it with its flagrant crimes and settler terror.

I salute the young men and women, all the young Palestinians, who are rising with stones, Molotov cocktails, knives and guns, and the mothers and systers of the martyrs and the prisoners who are models of strength and resilience, ululating when confronted with the death of their children, who have shown epic steadfastness and sacrifice in their suffering. All of the Zionist occupation state’s repression, bloodshed and attempts to break the will of the people have fallen in the wake of their steadfastness.

I salute all of our struggling people in the trenches of resistance and intifada, confronting the occupier, seeking to build a national future and a political, cultural and human vision, and all those who struggle internationally, for a society that rejects racism and oppression in all of its forms and instead envisions popular relations based on equality, love, cooperation and mutual support.

I would also like to especially greet the comrades as they light the 48th torch, for the anniversary of our Front, the Popular Front, which was based on struggle and sacrifice, and still struggles and sacrifices. And which continues to march, carrying high the banner of the struggle, and the banner of the martyrs and prisoners, generation after generation.

Every greeting to our Palestinian masses in the occupied homeland of 1948, who are fighting the Zionist actions against them and the ongoing attempts to expel them from our ancestral homeland; all salutes to our people in exile and diaspora, and in the camps, who have confirmed that the suffering of forced deportation from our homeland and the pain of oppression and displacement has only made them more determined to end that suffering through victory, and to struggle alongside their people inside Palestine to accumulate the achievements of the struggle, and lead the way on the road to return, the fundamental core of our Palestinian national liberation movement.

To the masses of our people who push forward the flame of the intifada…The intifada has embodied the natural state of our people and their true path, emerging in response to suffering created by heinous crimes, repression and racism, attacking their national identity, their right to self-determination, and a decent life. Accordingly, and in response to calls to bring an end to this intifada, or to domesticate and transform it into a tactical move for manipulation in negotiations, or from true popular resistance to “peaceful resistance,” we affirm the content of our liberation project, that is democratic and human. Our intifada and resistance against this occupation is a continuous strategic struggle in order to achieve the goals and dreams of our people: to full independence and self-determination on the entire land of Palestine, which includes the establishment of a truly democratic state of Palestine, anti-racist, rejecting all forms of discrimination and oppression, and ending the anti-colonial conflict through uprooting the Zionist project from the land of Palestine and therefore, end the basis of oppression and hatred among the population of Palestine, and establishing a democratic political system that respects all individual and collective rights, all cultural, religious and national rights, and equality of opportunity and of rights on the basis of the collective and individual right to freedom of expression and the rights of the individual. This state of Palestine constitutes the product of a comprehensive democratic process involving all inhabitants of Palestine.

This intifada puts before the Palestinian monopolistic leadership a way out from confusion, stagnation and reliance on the illusions of negotiations and political settlement managed by the U.S. State Department. Understandings which still perceive the U.S. government as a partner and friend of the Palestinian people, and which attempt to either suppress the struggle of our people or use it to gain an advantage in this context, are vacuous and irrelevant in the face of the Palestinian blood in the streets of Jerusalem, of our homeland.

The continued political division and attempts to deal with the reconciliation efforts through mere words and not a serious action is an insult to our people, who look to turn the page on this period. Reality has confirmed that such is not possible without undertaking a serious and bold critical review of the political path and line of our people and of the Palestinian national movement, and working to rebuild its base, drawing lessons from the mistakes and working wholeheartedly to support the popular intifada, with full confidence in the ability of our people and their capabilities to defeat aggression and achieve victory over the Zionist project.

Without the unification of the energies of our people, parties and institutions in the service of the goals of the intifada, the goals of the Palestinian revolution, we will remain always prone to cooling-off, to suppression, and to negative developments. There is an objective link between the continuation and escalation of the intifada and the internal Palestinian situation, its internal stability and rejection of division and exclusivity, and building a firm base of national unity.

The Palestinian people are determined to continue the intifada for all of the national rights of our people. This position is naturally consistent with the struggle of all progressive global forces confronting global imperial arrogance and struggling for independence, self-determination and liberation, for social justice, equality and socialism, based on a fair distribution of the wealth and human principles of peace, rejection of war, imperialism and all forms of oppression and exploitation, principles to which the Popular Front is committed in its political strategy.

In conclusion, I confirm to the masses of the Palestinian people, the Arab nation, and the world, that the PFLP will always remain faithful to the principles, values and national vision and objectives embodied by the leaders of our party, led by the founder, Dr. George Habash, the martyr Abu Ali Mustafa, Ghassan Kanafani, Wadie Haddad, Guevara Gaza, Abu Maher al-Yamani, Ribhi Haddad, Shadia Abu Ghazaleh and all of the martyrs, from the first martyr of the Front, Khaled Abu Aisha, until the last martyr of the Front fallen in the field of struggle.

Long live the 48th anniversary of the launch of this struggling front – forward the intifada, resistance and unity to defeat the colonial Zionist entity.