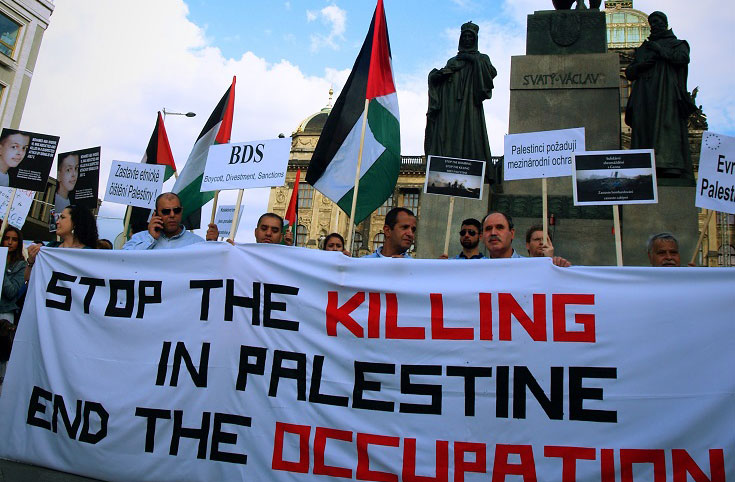 The International Solidarity Movement – Czech Republic sent a letter of protest to the Bulgarian Minister of Justice, the Bulgarian Foreign Minister, and the Bulgarian Embassy in Prague, urging that Bulgaria reject the Israeli request to extradite Omar Nayef Zayed, former Palestinian prisoner who has lived in Bulgaria for the past 22 years.

Zayed, a former Palestinian political prisoner, was imprisoned in 1986, convicted by an Israeli military court of participating in a Palestinian resistance action against an Israeli settler in occupied east Jerusalem. After a 40-day hunger strike, he escaped Israeli military custody from a Bethlehem-area hospital, fleeing Palestine. He has lived in Bulgaria for 22 years and has a Bulgarian wife and children. In December 2015, the Israeli embassy in Sofia requested the Bulgarian government extradite Zayed; Bulgarian police raided his family home, but he was not present. He then took refuge in the Palestinian Embassy in Sofia. An international campaign is demanding that Bulgaria reject the extradition request and protect Zayed rather than serving as the long arm of the Israeli occupation forces.

Six Czech organizations signed on to the letter, urging Bulgaria to “reject the extradition request from Israel for Omar Nayef Zayed and cancel any and all warrants for Zayed’s arrest, imprisonment or extradition, and instead allow him to remain and continue his life with his family.” The letter was signed by representatives of ISM-Czech Republic, the Palestinian Club in the Czech Republic, the Islamic Foundation, Friends of Palestine, Initiative for a Just Peace in the Middle East, and Left Perspective.