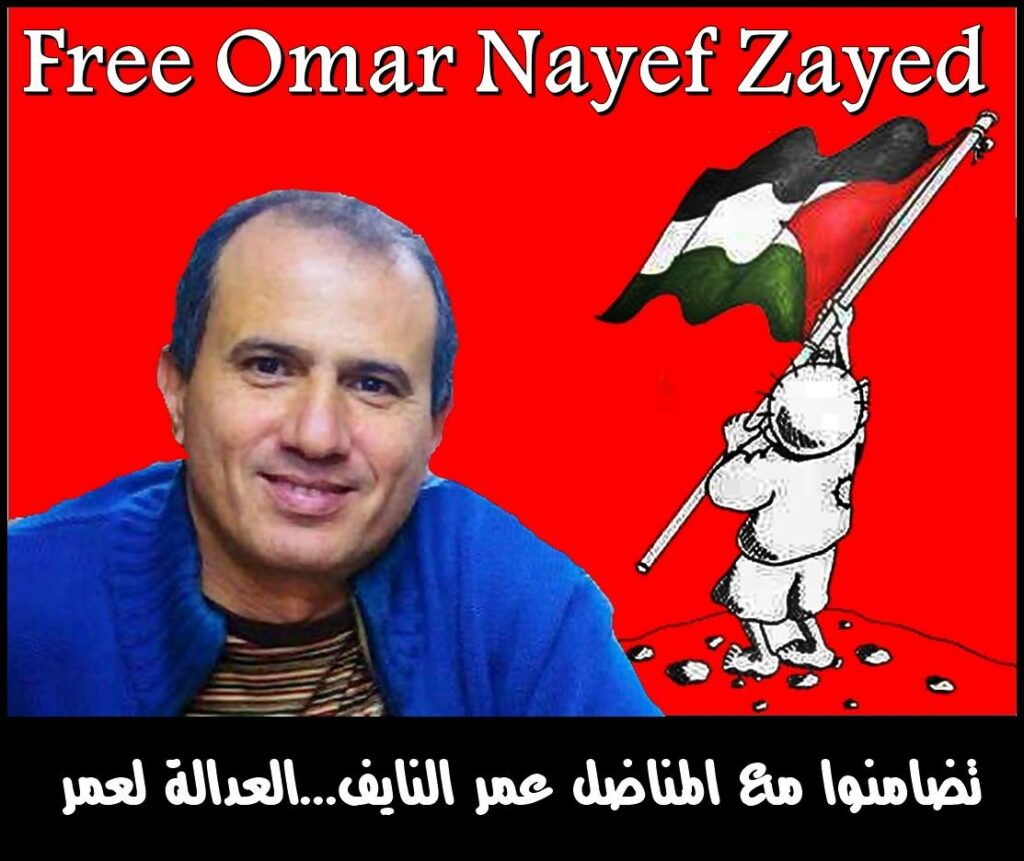 New resources are now available to help supporters around the world advocate for freedom and justice for Omar Nayef Zayed, the Palestinian former political prisoner living in Bulgaria for 22 years who is now facing extradition to Israel.

Zayed, 52, has taken refuge in the Palestinian embassy in Bulgaria’s capital of Sofia. Having escaped from Israeli captivity in 1990 after four years of imprisonment in Israeli jails and a 40-day hunger strike, he is married to a Bulgarian woman and has three Bulgarian children. Israel is calling on Bulgaria to extradite Zayed for reimprisonment under the European Convention on Extradition.

Bulgarian police raided Zayed’s home on 17 December 2015; since then, he has taken refuge in the Palestinian embassy. His case is not an individual case, but one with international significance for the safety of Palestinian former prisoners everywhere around the world. Protests in solidarity with Zayed have taken place in Ramallah, Gaza, Berlin, Brussels, New York, London and elsewhere around the world – and more are being organized.

In order to build the broadest possible campaign in support of Zayed, it is important to reach out to Bulgarian, European and other organizations, institutions and political figures and officials. The Israeli occupation is attempting to use Bulgarian and European police and courts as the long arm of the occupation military, imprisoning Palestinians and enforcing the occupation.

The following resources, prepared by Samidoun Palestinian Prisoner Solidarity Network, can be used by individuals, groups and organizations advocating for justice for Omar Nayef Zayed: 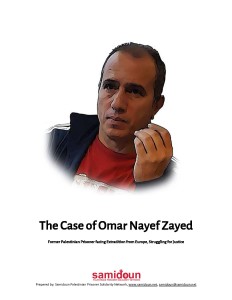 Flyer/Leaflet – for public distribution at protests and events 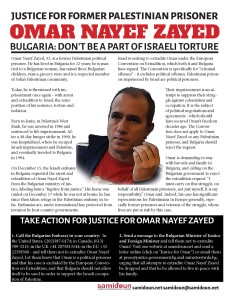 Information Packet – for distribution to officials, institutions and others who want to learn more 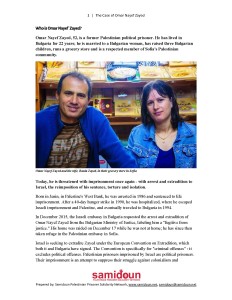 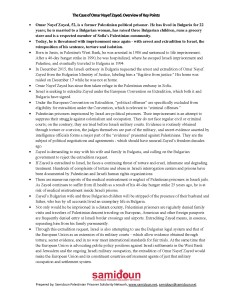