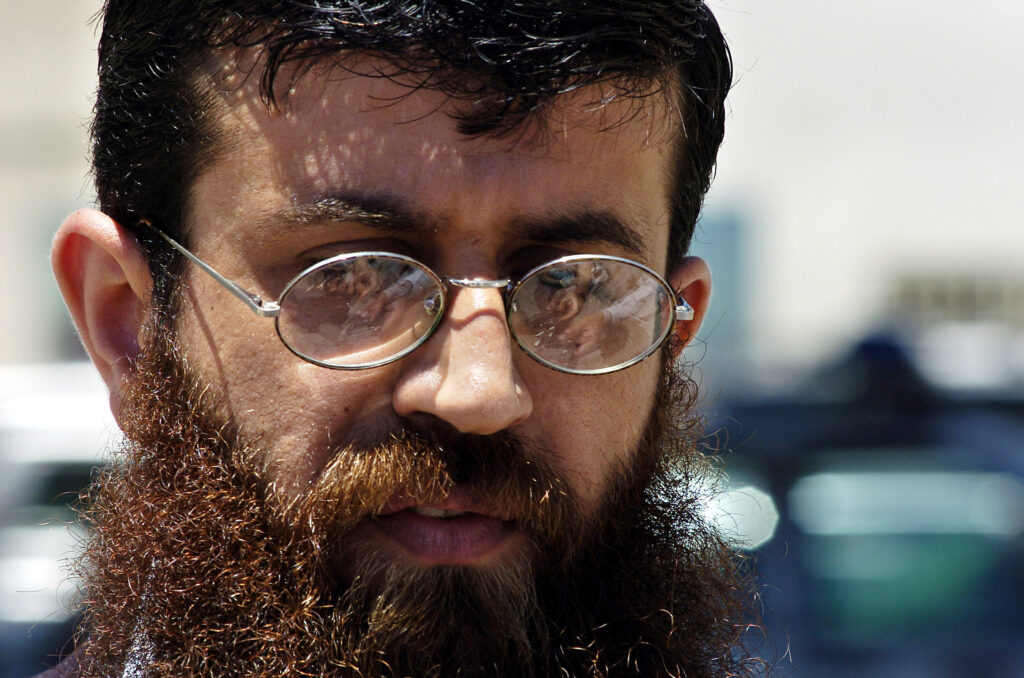 Occupation forces have recaptured freed administrative detainee and former hunger striker Khader Adnan, according to Quds News Network, as of Monday afternoon, 4 January. Adnan was arrested near the town of Silwad near Ramallah.

Adnan, a baker and prominent political activist from the town of Arraba near Jenin, has been arrested 10 times and spent six years in Israeli prison, all in administrative detention without charge or trial. In 2012 and 2015, he carried out 66-day and 56-day hunger strikes, respectively, winning his liberation from arbitrary Israeli imprisonment.

He has become a Palestinian and international symbol of steadfastness within the prisons and inspired widespread international solidarity. Samidoun Palestinian Prisoner Solidarity Network demands the immediate release of Khader Adnan and will announce further actions as we receive more news and information from Palestine on Adnan’s arrest.