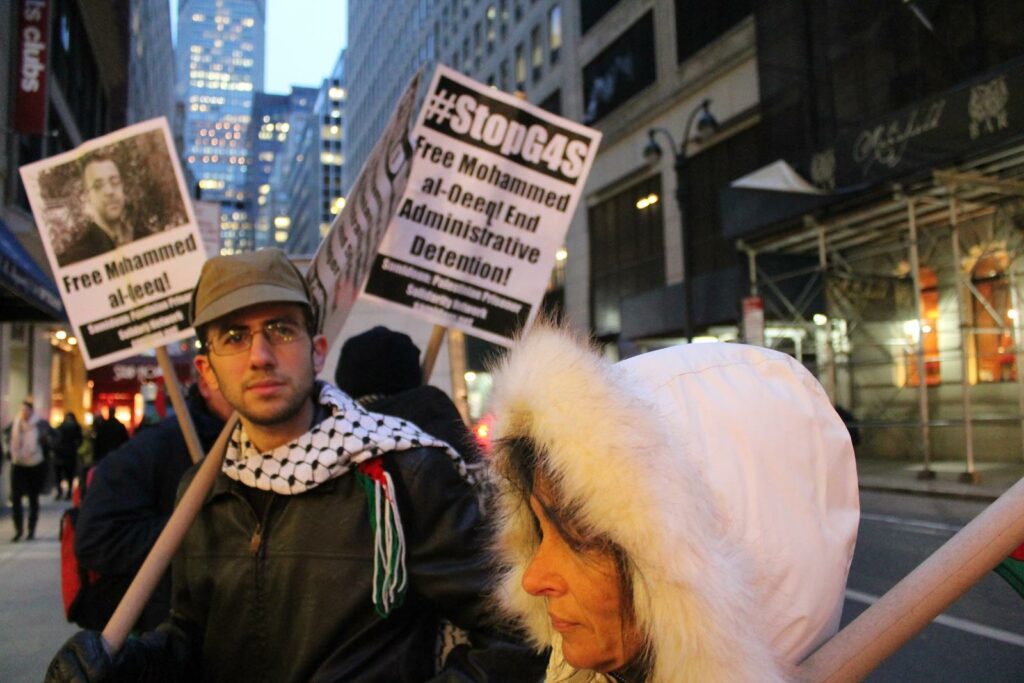 On Saturday, Mohammed al-Qeeq, a 33-year-old journalist from Dura, reached the 60th day of an open hunger strike against his indefinite imprisonment without charge or trial by Israel.

Held in administrative detention, al-Qeeq launched his strike on 25 November 2015. He is being held in Afula hospital and demanding his release. His lawyer reported that he is refusing medicines and at times water.

His struggle for freedom has sparked protests in the occupied West Bank and Gaza Strip, as well as New York, and global demands that Israel free him immediately and end all attempts to force medical treatment against his will.

G4S, the world’s largest firm company and second-biggest private employer, equips Israeli prisons and detention centers where 6,800 Palestinian political prisoners, including 660 administrative detainees, are held and tortured, as well as the occupation forces and infrastructure that routinely massacre Palestinians while holding millions under military rule.

Demand G4S immediately end its contracts with Israeli prisons and detention centers, occupation and security forces and checkpoints, and that Israel release al-Qeeq, other administrative detainees and all Palestinian prisoners.