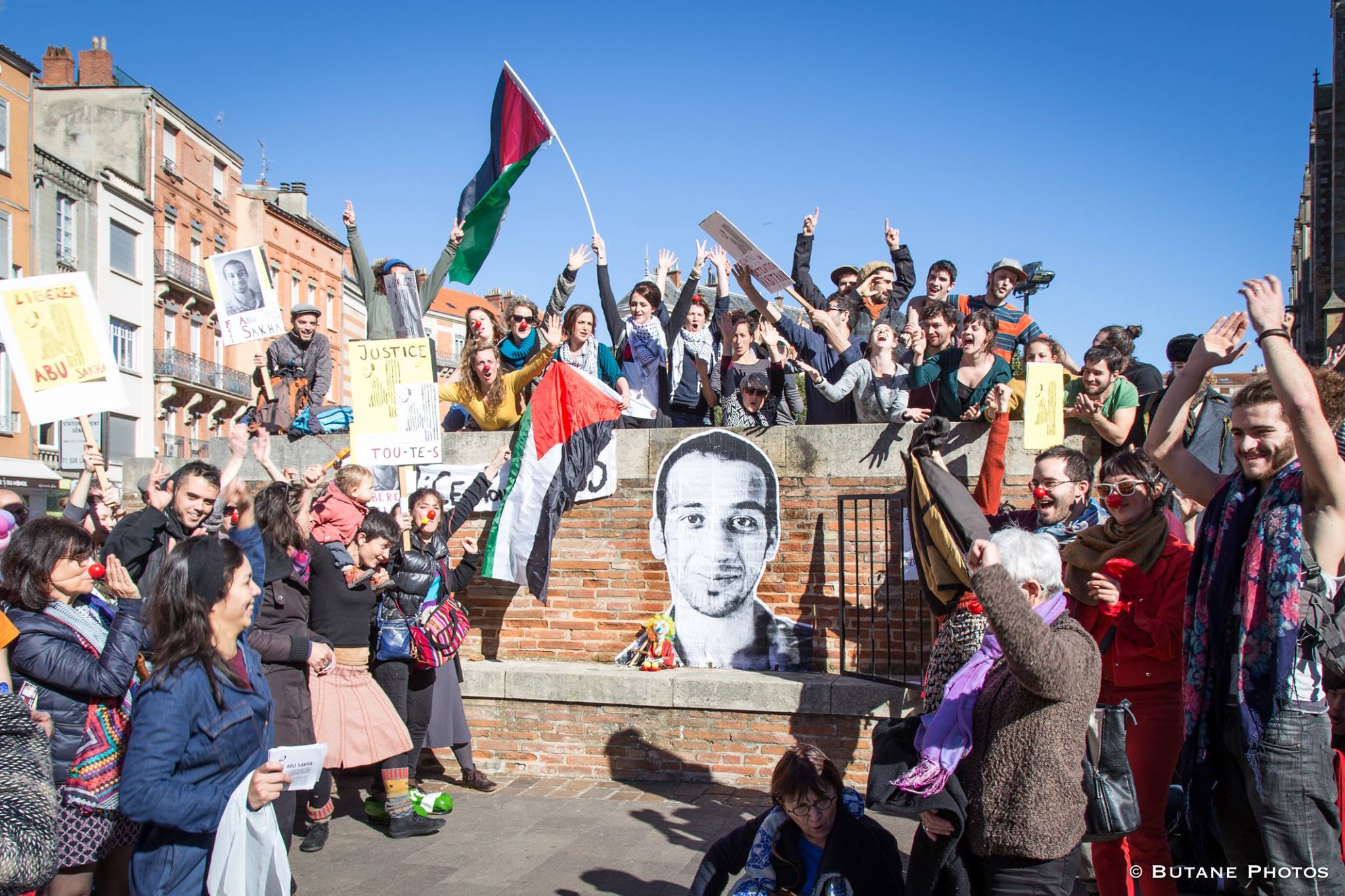 Protesters and clowns took to the street in Brussels, Belgium on 21 February and Toulouse, France on 20 February in solidarity with imprisoned Palestinian circus teacher and performer Mohammed Abu Sakha. Abu Sakha, 24, teaches children with disabilities at the Palestinian Circus School; he has performed internationally with the school, which partners with fellow circuses around the world. A part of the school for five years, Abu Sakha was coming to work in Bir Zeit from his home in Jenin when he was stopped at an Israeli occupation checkpoint and arrested before quickly being ordered into administrative detention without charge or trial for a six-month period.

An international call for his release, from circus performers, solidarity groups and human rights institutions, has been mounting since his arrest. Many of the actions highlighting Abu Sakha’s case have been organized by fellow circus performers in Europe and around the world.

The Brussels action for Abu Sakha, which came before a joint fundraiser for popular medical services clinics in Gaza and Brussels including a panel discussion on Belgian trade missions with the Israeli state, included street-theater performances in which mock “G4S” security arrest the clown leading the protest. Samidoun activists participated in the event along with activists from a number of local organizations.

The Toulouse protest, which included circus performances and the “caging” and “releasing” of a giant portrait of Abu Sakha, street theater, and balloon art, as participants wore red noses to highlight Abu Sakha’s performance as a clown.

3. Organize a protest performance – or a simple leaflet distribution – in your community. Hand out the “Free Abu Sakha” leaflets  and help support freedom for an imprisoned Palestinian artist. Share it withSamidoun and the Free Abu Sakha facebook.