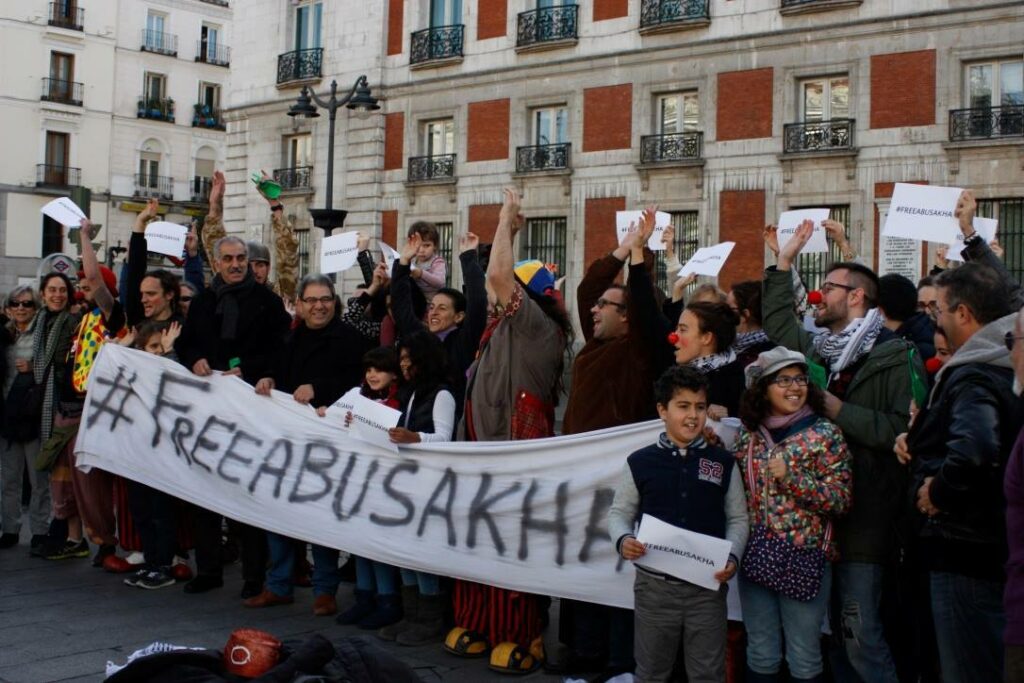 Abu Sakha works especially with children with disabilities at the circus; he has a class of 30 students that he has taught for two and one-half years. He has performed on multiple occasions in Europe and the United States, and was scheduled to again participate in international tours in March and June 2016.

He has been imprisoned since 14 December 2015, when he was stopped at a checkpoint by the Israeli army as he traveled from his home in Jenin to the circus school in Bir Zeit, arrested and imprisoned. He has been charged with nothing; instead, he was ordered to administrative detention without charge or trial.

Addameer reported that “According to Abu Sakha’s testimony that he stated to Addameer lawyer who visited him in Megiddo on 18/1/2016, in the beginning, he was interrogated by the occupation police in Salem military base where they accused him of general acts without specifying any details. Abu Skha denied all of the accusations and refused to sign any papers. This clearly shows that the occupation did not have enough information to incriminate Mohammad and all of the accusation were general and lacked a legal base. Mohammad was denied his most basic rights including knowing the charges that he was accused of in order to be able to defend himself.”

There has been significant international grassroots mobilization in support of Abu Sakha, including tens of thousands signing a petition urging his immediate release and protests and events in countries around the world, including Belgium, the UK and Spain, often led by performance and circus groups, calling for his freedom.

Amnesty International has issued an action alert to “demand justice” for Mohammed Abu Sakha. The European Union has also specifically highlighted Abu Sakha’s case in a statement expressing “concern about the extensive use by Israel of administrative detention without formal charge.”  Tens of thousands have so far participated in the actions urging Abu Sakha’s release – among the sites where action can be taken include:

In Heidelberg, Germany, a group of artists performed a creative protest and flyer distribution, calling for Al-Qeeq’s release:

Another protest/performance is planned for Toulouse, on 20 February, calling for Abu Sakha’s release:

David Rovics, a US-based singer/songwriter, has also created a song to support the #FreeAbuSakha campaign:

Artistic materials and flyers have been developed for posting and distribution to support the campaign, the following by Mai Sim:

3. Organize a protest performance – or a simple leaflet distribution – in your community. Hand out the “Free Abu Sakha” leaflets below and help support freedom for an imprisoned Palestinian artist. Share it with Samidoun and the Free Abu Sakha facebook: 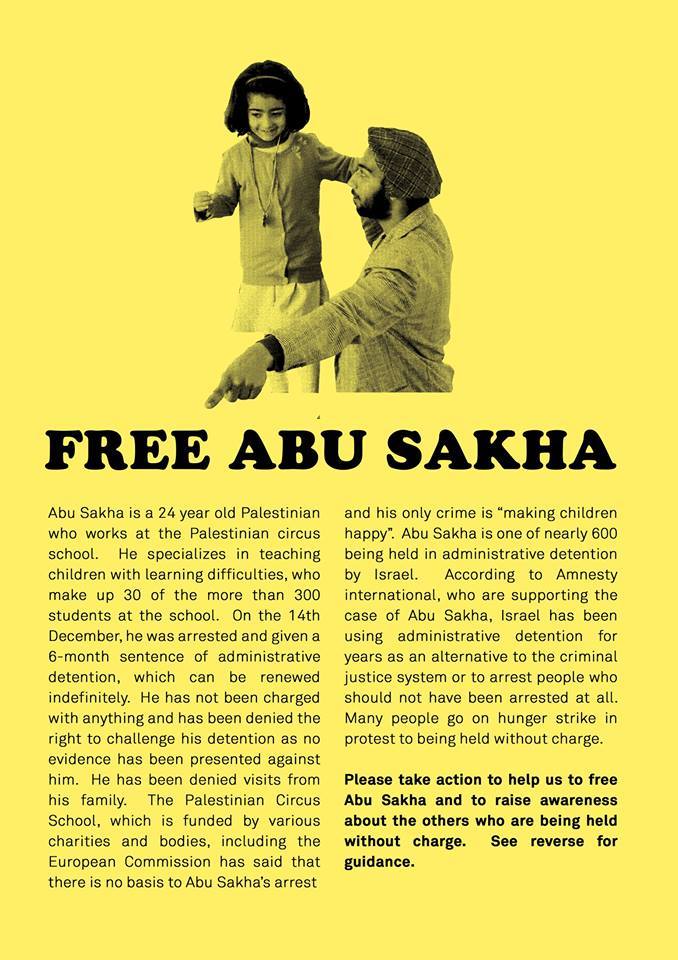 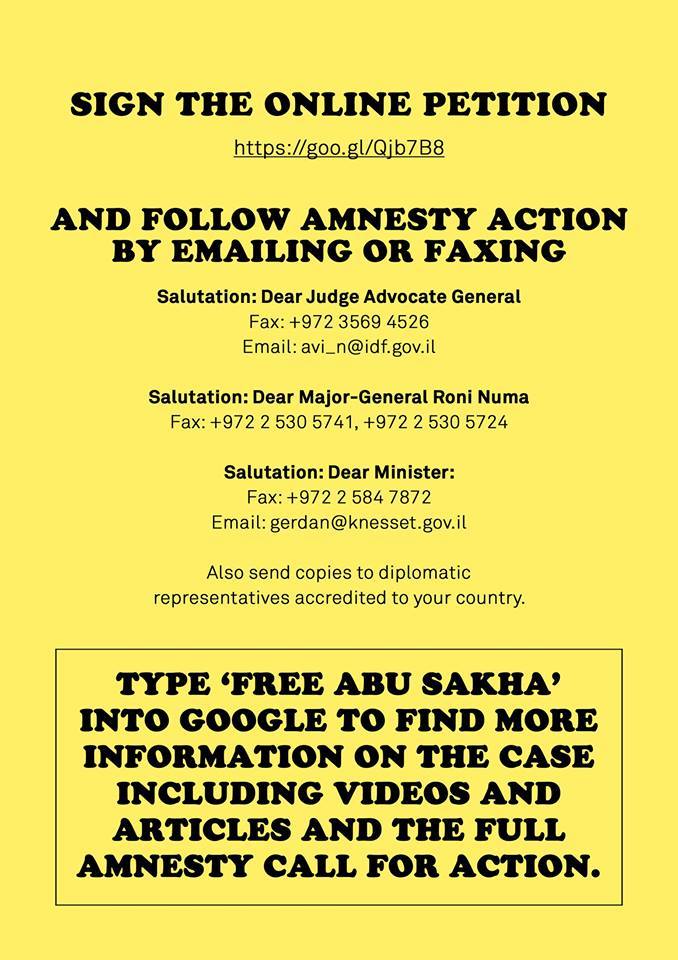