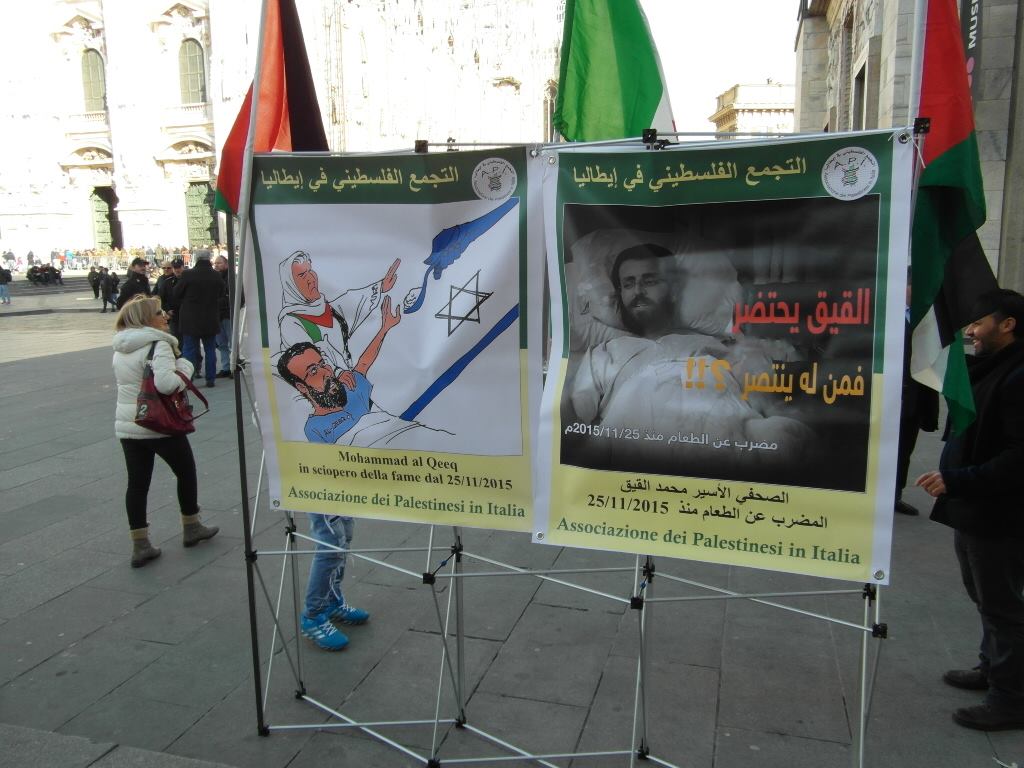 Protesters in Milan took to the streets on Saturday, 20 February for a protest demanding freedom for imprisoned Palestinian journalist Mohammed al-Qeeq. Al-Qeeq, 33, is now on his 90th day of hunger strike demanding his freedom from administrative detention without charge or trial. A journalist with Al-Majd TV, al-Qeeq has been on hunger strike since 25 November 2015; he is one of over 690 Palestinians held without charge or trial under administrative detention. He is in a very critical health condition at HaEmek hospital in Afula, where despite being in danger of death, he continues to be denied visits from his wife and son.

The demonstration was organized by the Association of Palestinians in Italy, and joined by activists and organizers from a number of Palestinian and solidarity groups. Activists in Milan will organize another demonstration on 27 February, reiterating their call for the freedom of al-Qeeq and all 7000 Palestinian prisoners.