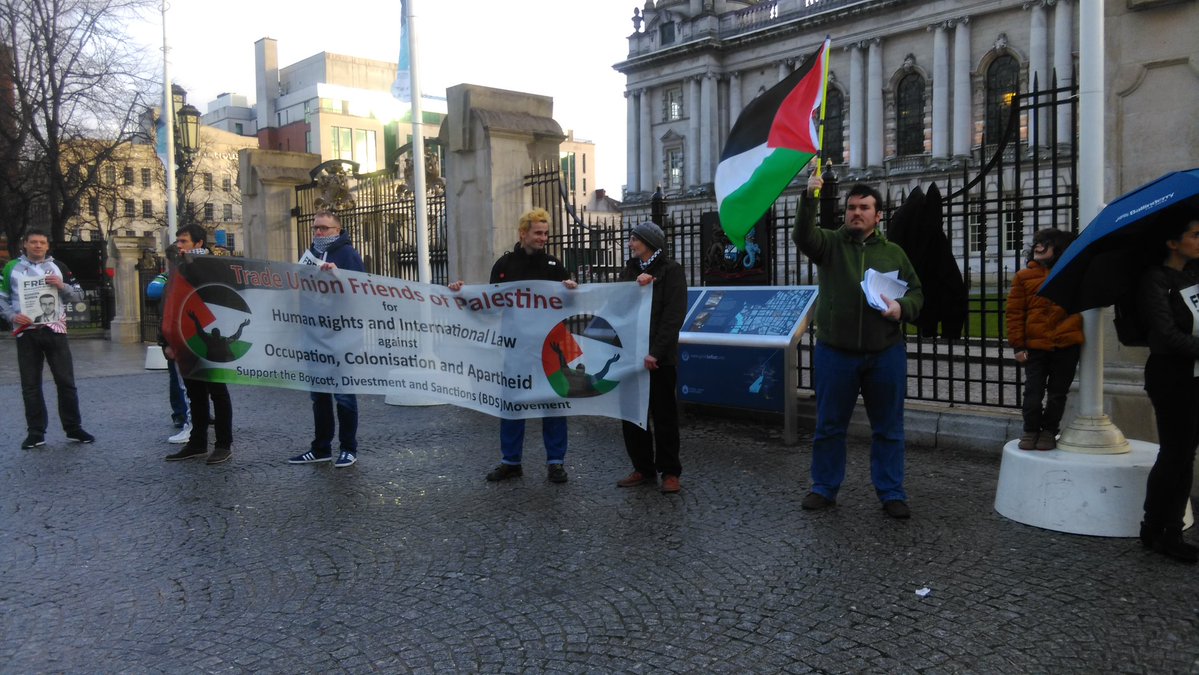 Protesters in Belfast, Ireland gathered on 20 February to demand freedom for Mohammed al-Qeeq as he lay in HaEmek hospital in Afula on his 88th day of hunger strike. Organized by the Ireland Palestine Solidarity Campaign, activists gathered outside Belfast’s City Hall to highlight the case of al-Qeeq, the imprisoned Palestinian journalist held without charge or trial under Israeli administrative detention, and demand his freedom.

Al-Qeeq’s strike, in which he refuses vitamins, salts and any medication, has been referred to as an “Irish-style” strike, in reference to the lengthy hunger strikes of Irish political prisoners in British jails protesting British colonialism.