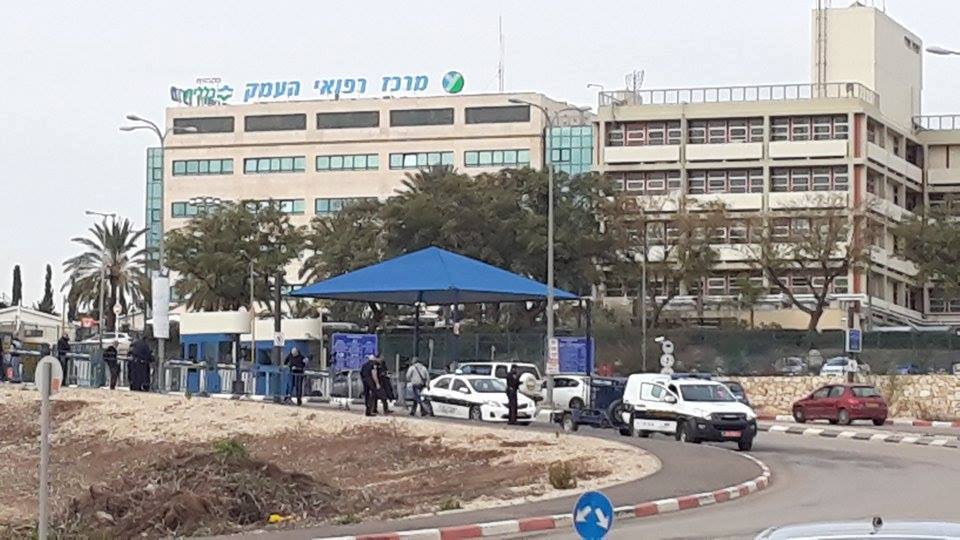 Mohammed Kana’aneh, former Palestinian political prisoner in Israeli jails from occupied Palestine ’48 and a leader in the Abnaa el-Balad movement, went to Afula HaEmek hospital on 1 February 2016, attempting to visit and see Mohammed al-Qeeq, the imprisoned Palestinian journalist on his 69th day of hunger strike. Al-Qeeq, 33, is demanding his release from administrative detention without charge or trial. After 69 days of hunger strike, Al-Qeeq is in critical condition, has lost the ability to speak, and is facing a serious threat to his life. 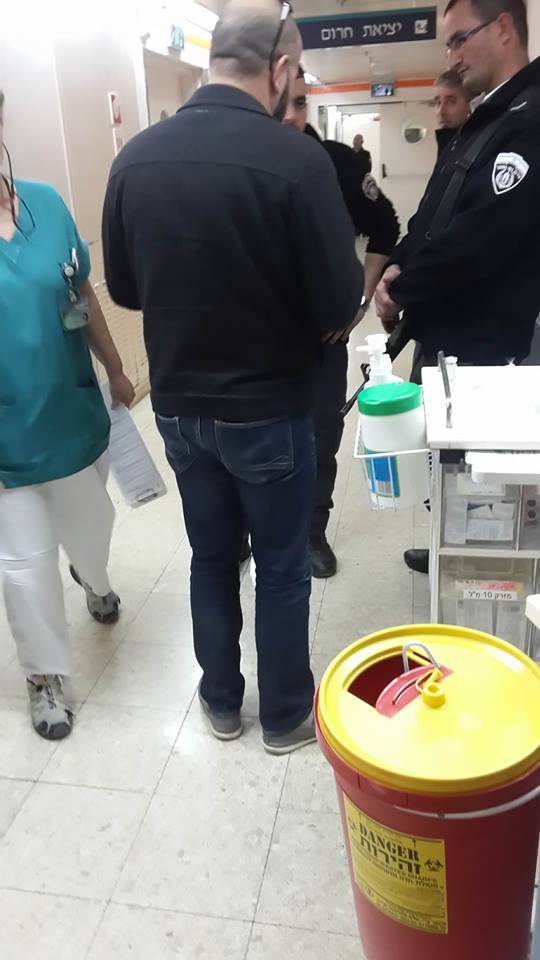 As Kana’aneh attempted to visit Al-Qeeq, a protest outside the hospital was organized demanding Al-Qeeq’s release. He noted that the hospital had been turned into a “military base” with a massive armed presence surrounding the hospital and Al-Qeeq’s room, where despite his desperate condition, he is shackled to his bed. His further report for Samidoun follows:

We are now in the heart of the hospital, where Mohammed al-Qeeq is being held. We were prevented by police from approaching his room, and the representatives of the so-called prison service refused to give us any information about his situation, refusing to speak to the lawyer, Comrade Mahmoud al-Madani.

They removed us from the section, and although we tried asking doctors, nurses and staff about the case of Al-Qeeq, some of whom hinted indirectly that his condition was getting worse, the area in front of his room was filled with dozens of police, prison guards and Shin Bet intelligence officers.

Al-Qeeq is shackled to his bed, despite being on the 69th day of hunger strike and has consumed only water; he continues to hold to his strike despite his physical suffering and pain. Now, in front of the hospital entrance, dozens of our people are gathering to protest and sit-in in support of Al-Qeeq’s strike, while the hospital is turned into a military barracks.

I support him fully, and adopt his point of view. We don’t like hunger and we don’t like death, but it becomes an issue of dignity, and this is the story of every Palestinian. He signed a paper where he refuses any medical treatment, even if he loses consciousness. His decision is very clear: either free or dead, not in between.

He isn’t just fighting a personal battle. He sent a message to Palestinian journalists from prison, saying that freedom is not something given to you by your position or authority. It comes from your stance. His refusal of administrative detention – this is how he is taking a stance.

Despite the pressure, he made sure to send me a birthday gift – a hair straightener I asked for a year ago. He always supports me; he encouraged me to study for a master’s degree.

The Israeli occupation tries to remove this beautiful image of him as a human being. They try to show that we like to live this horrific life. But what Mohammed is doing is actually the greatest example that we love life and freedom, and that we’d like to live like everybody else.

Video of the protest outside the hospital demanding Al-Qeeq’s freedom: