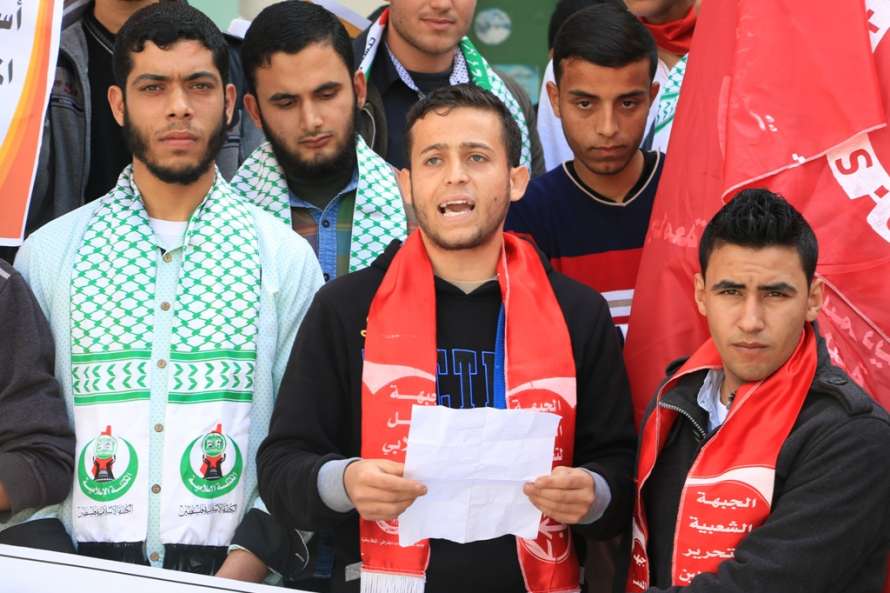 The Progressive Student Labor Front, the Islamic Bloc, and the Islamic Student Association at Al-Aqsa University, the Islamic University and Al-Quds Open University in Gaza held a sit-in in mourning for Palestinian former prisoner Omar Nayef Zayed, killed on Friday morning inside the Palestinian embassy in Bulgaria. 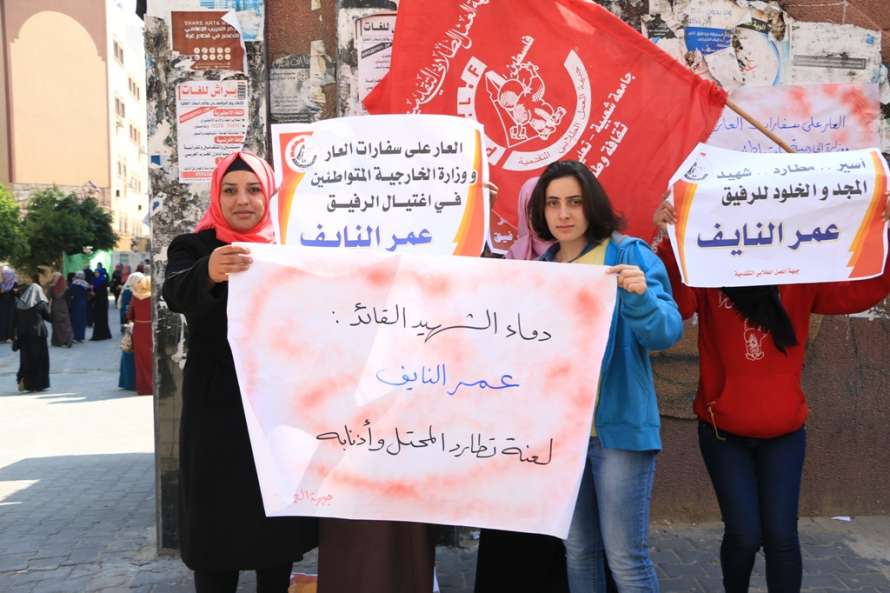 The participants denounced the killing of Nayef Zayed as an Israeli plot to eliminate a former prisoner who had escaped Israeli prisons and lived a free life with his family in Sofia. He had taken refuge in the embassy after being pursued by Bulgarian authorities in December 2015 following an Israeli extradition demand. Prior to this, he had lived in Bulgaria for 22 years.

The student protesters also emphasized the responsibility of the Palestinian embassy in Bulgaria for the crime, which they called an “accomplice” to the assassination. 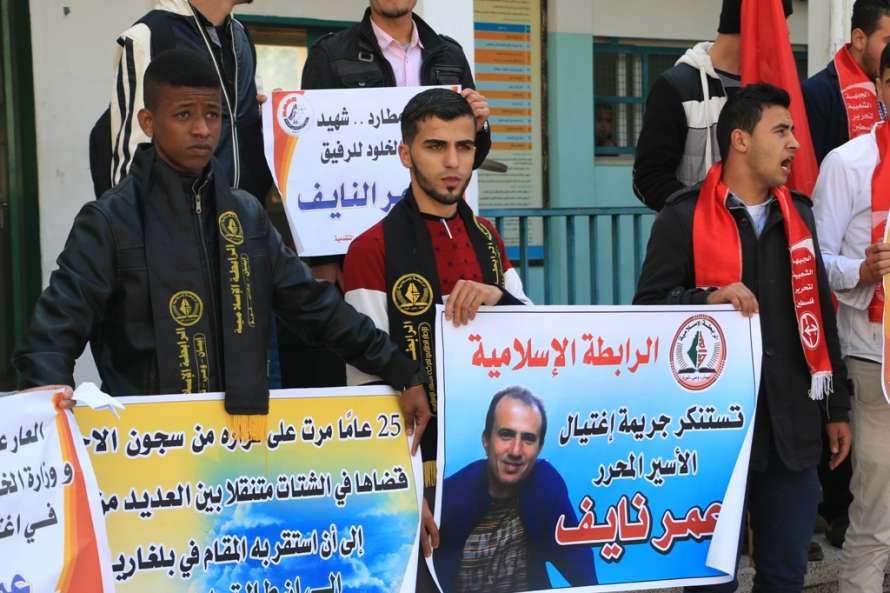 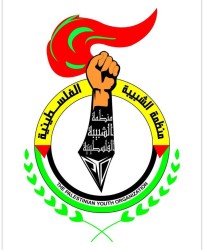 This assassination is not only further evidence of the Zionist hatred and persistence in the pursuit of Comrade Nayef… This is a hatred against those who carry the banner of struggle of the Palestinian cause anywhere in the world. The assassination of Comrade Nayef Zayed comes alongside the emergence of a new stage of intifada inside Palestine, and is a clear message meant to intimidate the Palestinian youth and break the spirit of resistance that continues to grow among Arab youth.

We reaffirm our condemnation of the assassination, we announce our insistence on resisting and confronting any form of occupation in the world and all forms of injustice, and we consider that the Palestinian cause is a fundamental struggle on the road of human liberation from oppression and confrontation of imperialism that exploits the Arab countries.” 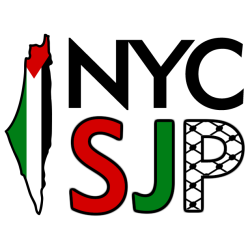 In the United States, New York City Students for Justice in Palestine issued a statement, Long live the memory of Omar Nayef Zayed!

“Today only hours apart from the victory of Mohammed al-Qeeq after his 94-day hunger strike, the revolutionary Omar Nayef Zayed was assassinated within the Palestinian embassy in Bulgaria.

Omar, a former political prisoner and hunger striker, was threatened with extradition from Bulgaria in December of 2015 when the Israeli state demanded his arrest. Zayed was accused of carrying out a resistance operation against settlers in 1986, and had escaped from Zionist prisons in 1990 after a 40 day hunger strike. NYC SJP holds the Israeli state responsible for his assassination, and the Palestinian Authority for failing to adequately protect Omar within their diplomatic mission. The individuals and government who carried out this assassination must be held accountable through any channel possible.

All of the Palestinians resisting in the bowels of Israeli jails represent the firm resilience of the Palestinian people for self-determination, however no amount of happiness from al-Qeeq’s victory will make us forgive or forget about the enraging assassination of Omar Nayef Zayed. Even though we are Palestinians living in the diaspora and internationalists in solidarity with Palestine, the issues of the prisoners must always be on our minds. We salute Mohammed al-Qeeq, the martyr Omar Nayef Zayed, and all political prisoners.”