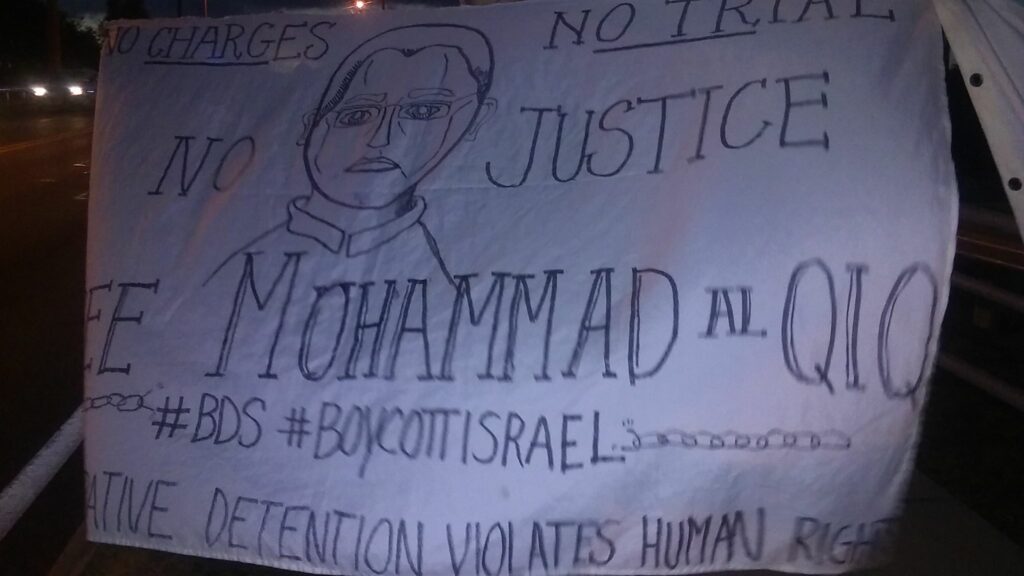 Block the Boat Tampa organized an emergency vigil outside the offices of G4S in Riverside, Florida on Tuesday, 2 February, calling for the immediate release of Palestinian hunger striker Mohammed al-Qeeq on his 70th day of hunger strike.

G4S is the world’s largest security corporation, and provides security systems, control rooms and equipment to Israeli prisons, checkpoints and police training centers, directly implicating it in the torture and abuse of Palestinian prisoners. It is subject to an international campaign calling for boycott of G4S because of its involvement in human rights violations in Palestine and elsewhere, including a call from Palestinian prisoners for international boycott of G4S. Hundreds of organizations have demanded the United Nations end its contracts with G4S.

Watch a video of Tampa organizers discussing the protest: