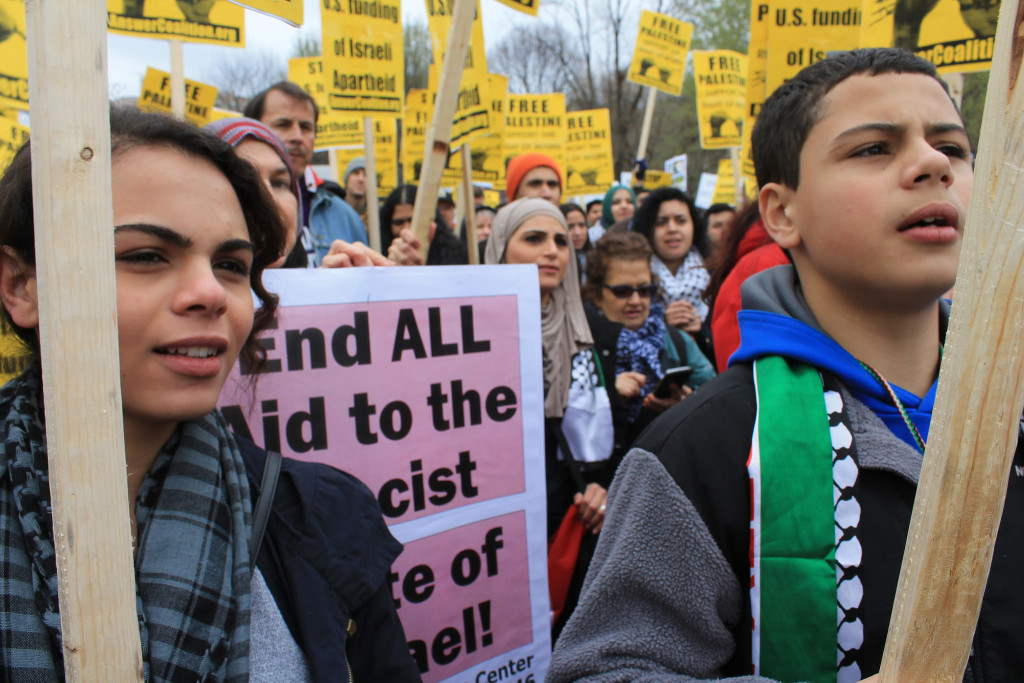 Large crowds of protesters marched from the White House to the annual convention of AIPAC (America-Israel Public Affairs Committee), denouncing U.S. support for the Israeli state and the racism and colonialism of the Zionist movement, on Sunday, 20 March.

Samidoun Palestinian Prisoner Solidarity Network activists participated in the protest, organized by Al-Awda, the Palestine Right to Return Coalition and the ANSWER Coalition. Buses joined the protest from New York, Cleveland, Chicago and elsewhere. Protesters chanted and carried signs and banners demanding justice for Palestine, the implementation of the Palestinian right of return, and an end to Zionist colonialism and AIPAC’s war-mongering. 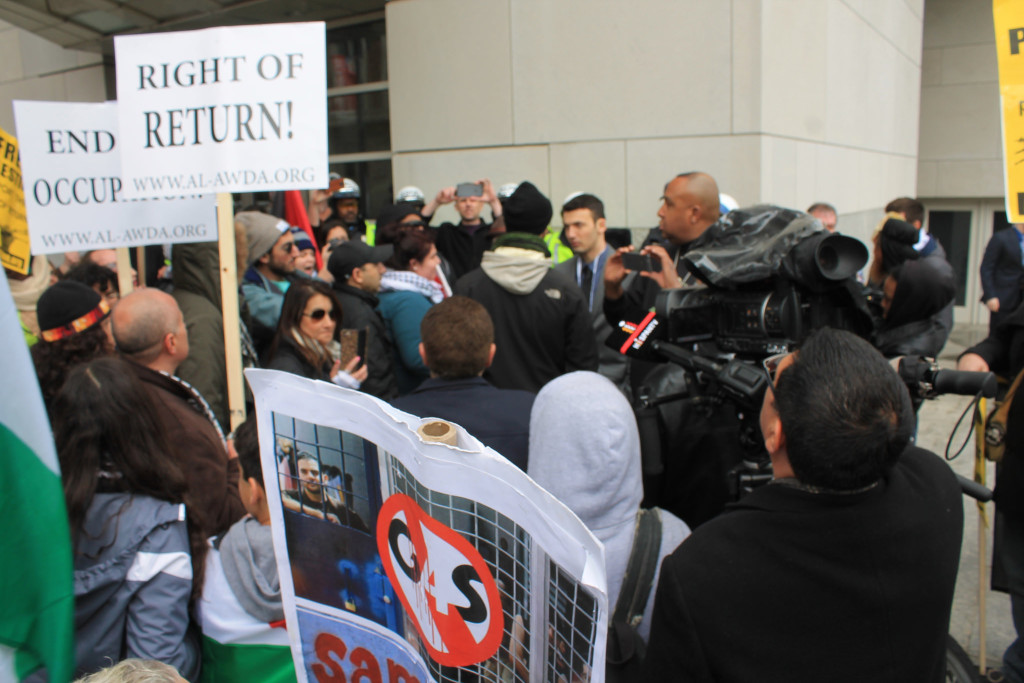 Outside the White House, protesters gathered before marching to the AIPAC convention, where US presidential candidates Hillary Clinton, Donald Trump, Ted Cruz and John Kasich spoke, each escalating the rhetoric of Zionist racism against the Palestinian people and the centrality of U.S. support and alliance for the Israeli state and its colonization of Palestine. Protesters denounced the statements and participation of the presidential candidates in the AIPAC event, chanting “Shut it down!” as activists sat in front of the doors to AIPAC, blocking entrance and exit to the hall.

Joe Catron of Samidoun, a US-based journalist who spent years in Gaza, living through the Israeli assaults of 2012 and 2014, spoke at the rally. He noted the impact of mass demonstrations in the US in encouraging people in Gaza under siege and under fire, confirming that people are resisting the policies and practices of the US government. In particular, he noted that the Ferguson uprising – coming as it did during the Israeli attack on Gaza – was particularly significant to Palestinians under attack, demonstrating the real power of opposition in the United States and the organized resistance of oppressed communities inside the US. 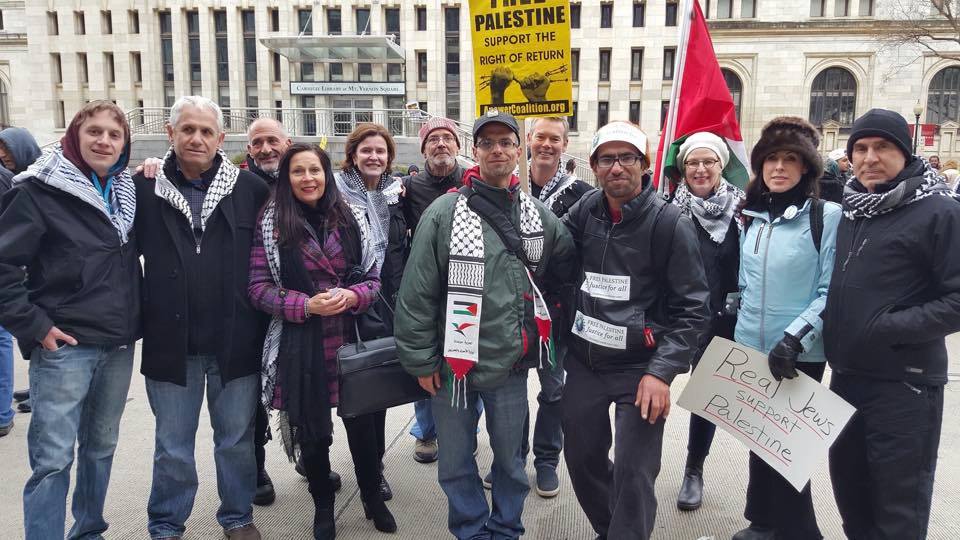 Speakers, including Abbas Hamideh of Al-Awda, Brian Becker of ANSWER, kickboxing champion Rami Ibrahim, and Iyad Burnat of the Bil’in Popular Commitee Against the Wall, frequently noted the struggle of Palestinian prisoners for freedom, especially imprisoned Palestinian children and youth and the approximately 700 Palestinians imprisoned without charge or trial under administrative detention.

The annual AIPAC convention is one of the biggest events of the Zionist movement, fully showcasing its partnership with U.S. imperialism not only in the colonization of Palestine but in threats to the entire region.