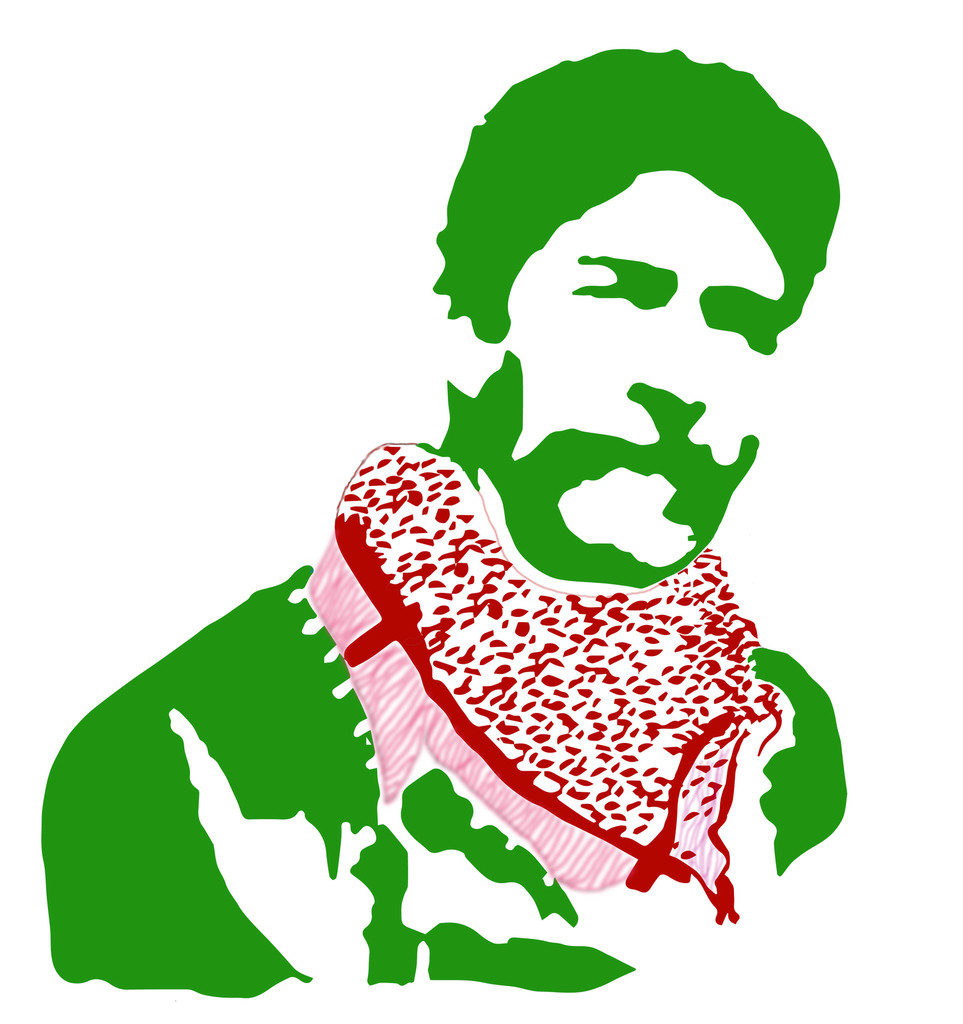 The following letter and statement from Georges Ibrahim Abdallah, the Lebanese Communist struggler imprisoned in French jails for the past 32 years, was delivered to the Unified Meeting to Free Georges Abdallah in Paris on 19 March (Statement in French):

Your coming together tonight and the diversity of your commitment, fills me with strength and enthusiasm and warms my heart.

These are not merely complimentary words of convenience or politeness. As you see, comrades, when one is behind these heinous walls for decades, one’s speech in such circumstances becomes far more honest than usual.

Indeed, I have followed with great interest and passion the various initiatives that you have been able to develop recently. Certainly, the coordination of various forms of solidarity is not always easy to implement. However, the resurgence of social struggle in the country and the ongoing and significant mobilization of youth and labor unions support, more or less, the emergence and development of an overall atmosphere of struggle, which is generally conducive to local exchanges of ideas and experiences, which thus enrich all activities confronting expressions of counter-revolution. Naturally, such an atmosphere of struggle revives the collective memory about the national and internationalist heritage of the struggles of the popular classes and the countless successful revolutionary experiences..

Comrades, I have often stressed, repeating myself, that “solidarity on the basis of the ongoing class struggle in all of its dimensions is that which provides the most effective support to our fellow prisoners” and that “together we will win, and we will win only together.”

Today, we all live under the hegemony of globalized capital. No country is immune to the destructive mechanism of such hegemony. Certainly, we do not suffer in the same way, in Paris or Cairo, London or Algiers, Moscow or Damascus. However, it is still based on this hegemony that extends and expands class stratification and thus creates the dynamics of the really existing class struggle. And that, at both the regional and global levels, to the extent that the various strategies of imperialist poles are readily visible on this scale.

Of course, it should be noted that the center of gravity of the working class has shifted from the centers of the globalized imperialist system to its peripheries. Certainly this is not the place nor the time to develop this approach, but it is in this context that I write the two quotes above. And it is precisely in this same context that the popular masses (proletarians and other precarious social strata) in urban neighborhoods in the imperialist countries occupy a place of particular importance. Somehow, they serve as a vector and a link between the two shores of the Mediterranean…

Certainly, there is room for another future aside from submission to imperialist dictates, which we have seen over time, the negative consequences in the form of the destruction of entire cities, the dismemberment of states, and the processions of dead, displaced persons, and oppressed migrants.

Comrades, Palestine continues in these days to provide a daily number of young martyrs. The resistance continues, and certainly will continue so long as the occupation continues. Of course, the Palestinian masses can count, more than ever, on your active solidarity. Of course they are well aware of the position of French imperialism which seeks by all means to support the Zionist entity.

May a thousand solidarity initiatives bloom in support of Palestine and the growing intifada!

May a thousand solidarity initiatives bloom for the Lebanese yout in struggle!

May a thousand solidarity initiatives bloom in favor of the Kurdish masses and their brave fighters!

Solidarity with the resistance in Zionist jails, in isolation cells in Morocco, Turkey, the Philippines, and elsewhere in the world!

Capitalism is nothing but barbarism; honor to all who oppose it in all of their diverse means of confrontation!