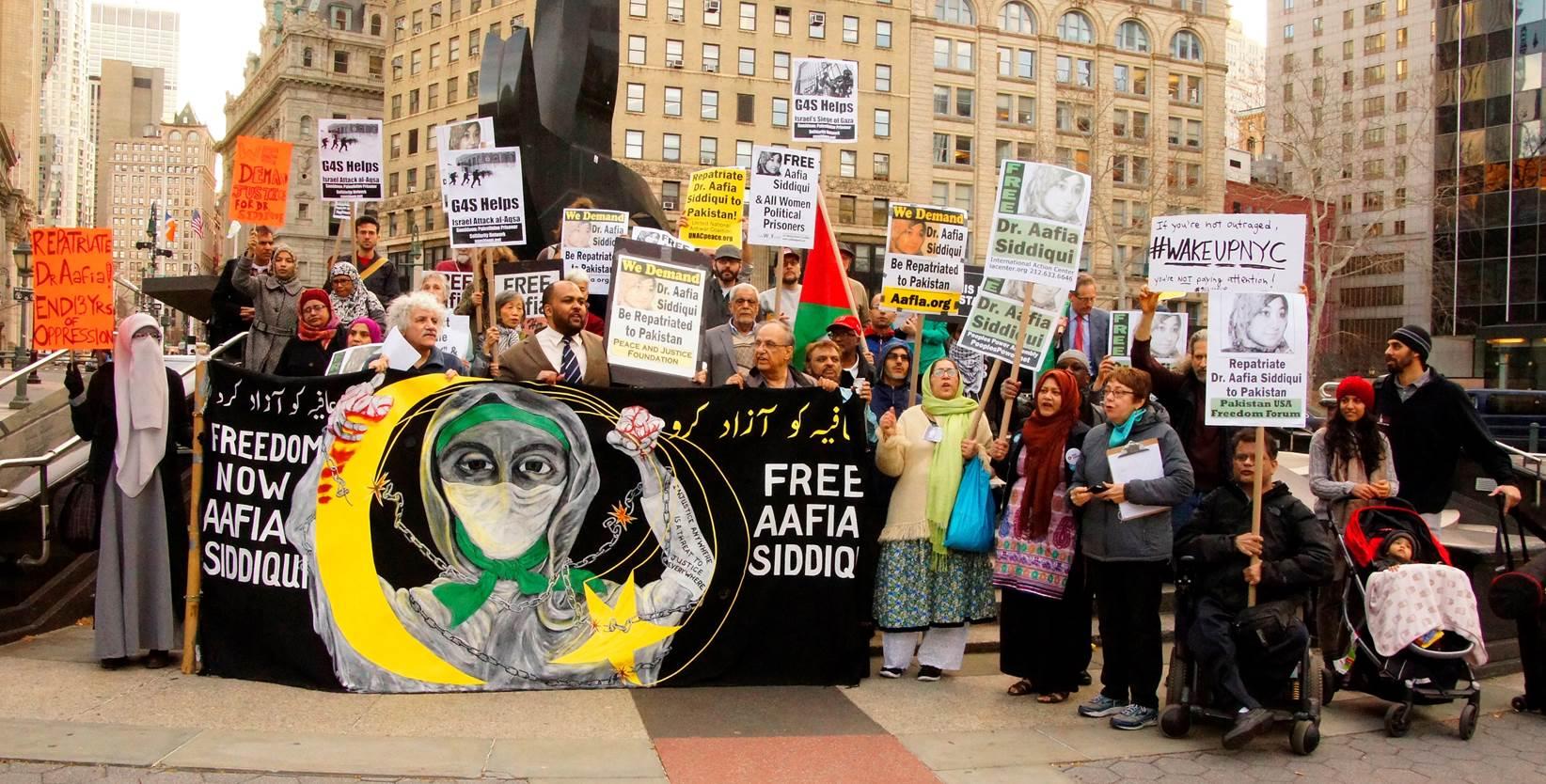 Samidoun Palestinian Prisoner Solidarity Network joined the protest, which was one of four across the United States, calling for medical care and independent examination of Siddiqui, as well as her repatriation to Pakistan. Siddiqui has not had a prison visit with a family member or lawyer for over a year; she is held in US federal prison in Fort Worth.

“Although Aafia was kidnapped in Pakistan, is a Pakistani citizen and was shot in Afghanistan, she was brought to New York City for a sensational show trial. Despite her serious injuries, she was held in solitary confinement. While no one was injured except her, and while the forensic and testimonial evidence pointed to her innocence, Dr. Siddiqui was found guilty in 2010 and sentenced to 86 years in ­prison,” said Shahid Comrade of the Pakistan USA Freedom Forum, pointing out that Pakistani political parties across the political spectrum have demanded her return. 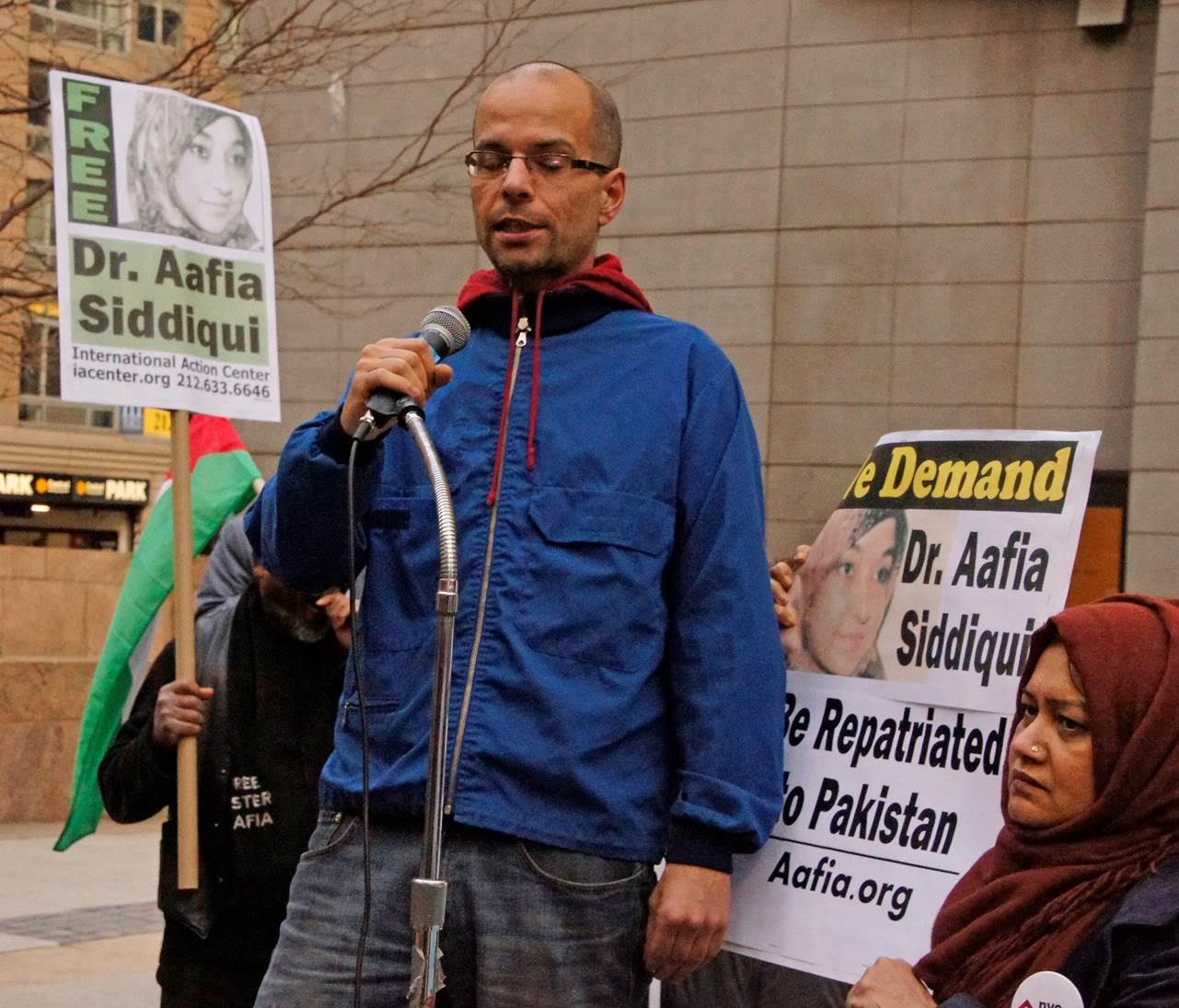 Speakers at the demonstration included Joe Catron of Samidoun; Lynne Stewart, U.S. lawyer and former political prisoner; Mauri Salaakhan of the Aafia Movement; Sara Flounders of the International Action Center and others. 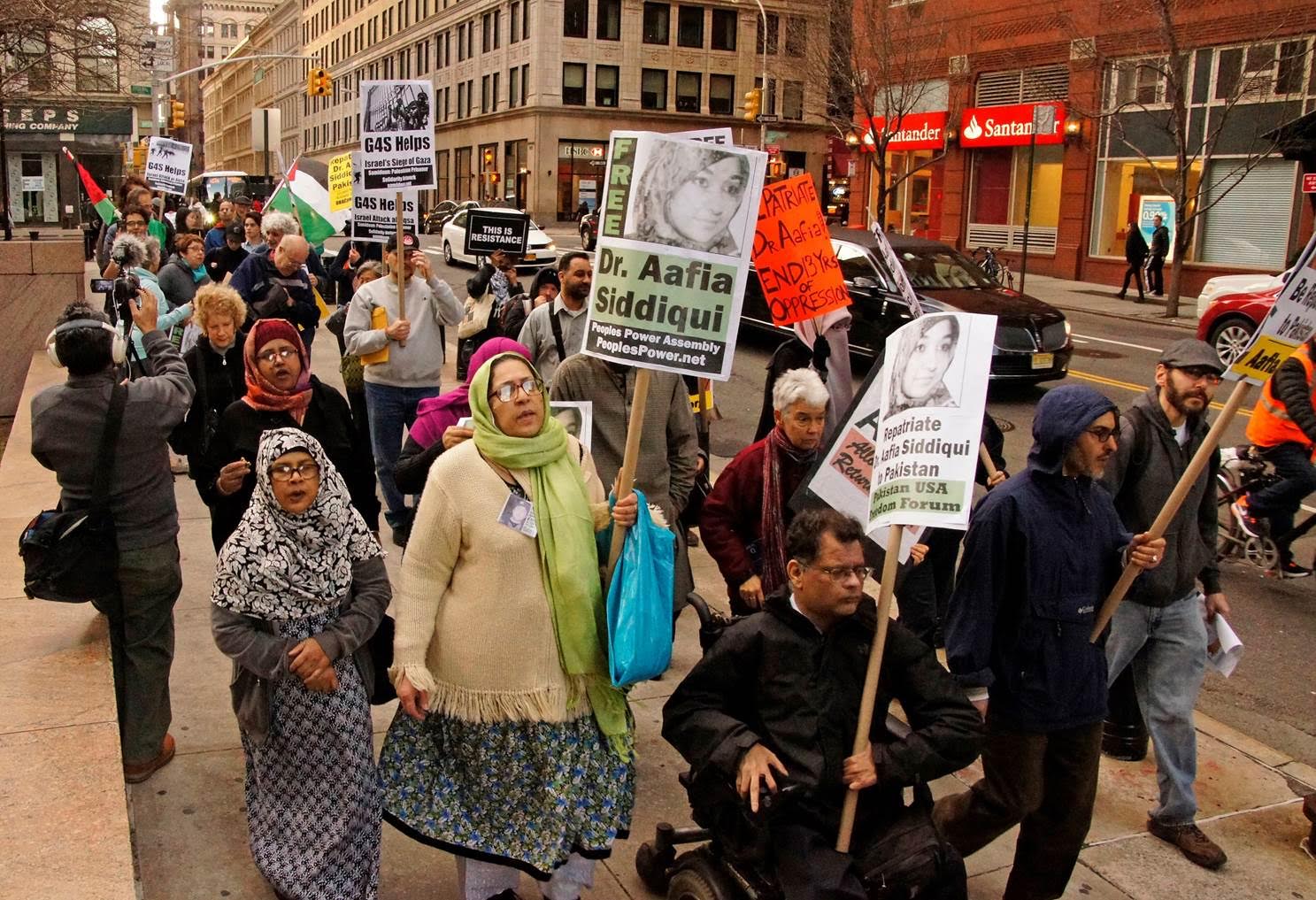 Additional protests will take place in Washington, DC, on 19 March at 12 noon at the US Department of Justice, 950 Penn Ave NW; and in Fort Worth, Texas, where Siddiqui is imprisoned, on 30 March at 6 pm.