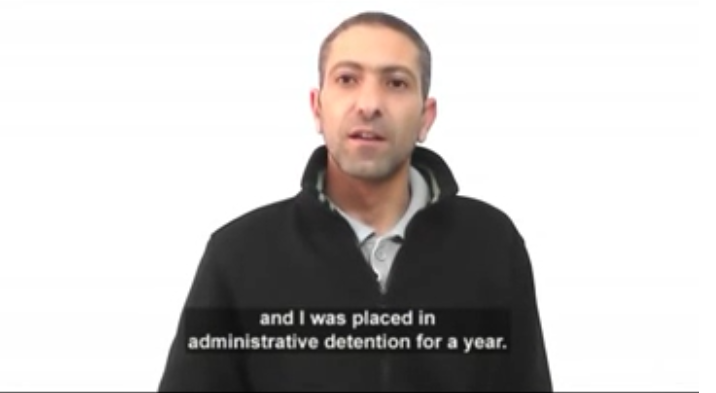 Palestinian agricultural workers’ advocate Samer Arbeed, the financial director of the Union of Agricultural Work Committees in the West Bank, was ordered to an additional three months’ administrative detention – imprisonment without charge or trial – by the Israeli military on 12 March 2016.

The Union of Agricultural Work Committees has been repeatedly targeted. UAWC is a Palestinian agricultural and land defense organization that won the United Nations’ 2014 Equator Prize for its work on food sustainability. For over 28 years, UAWC has been in the forefront of defending Palestinian land and connecting with movements of agricultural workers around the world as a member organization of Via Campesina and a partner of the Landless Workers’ Movement (MST) in Brazil.

He is among approximately 750 Palestinians held without charge or trial under administrative detention. The following video features his testimony about his experience:

The Union of Agricultural Work Committees issued a call for urgent action on the case of Arbeed and his fellow Palestinian prisoners:

“UAWC urgently calls to raise the voices and denounce the ongoing crimes against Palestinian people, arrange international and national social movements and activities in solidarity with the Palestinian detainees in the Israeli prisons, in addition, the UAWC calls the international community to put pressure on the Israeli occupation to comply with the basis for administrative detention in international law, which ensure the right of anyone who is arrested to be informed, at the time of arrest, of the reasons for his arrest and any charges against him, and ensure his right for fair trial.”