Home Prisoners Ahmad Sa'adat Tenth anniversary of the attack on Jericho prison and the kidnapping of... 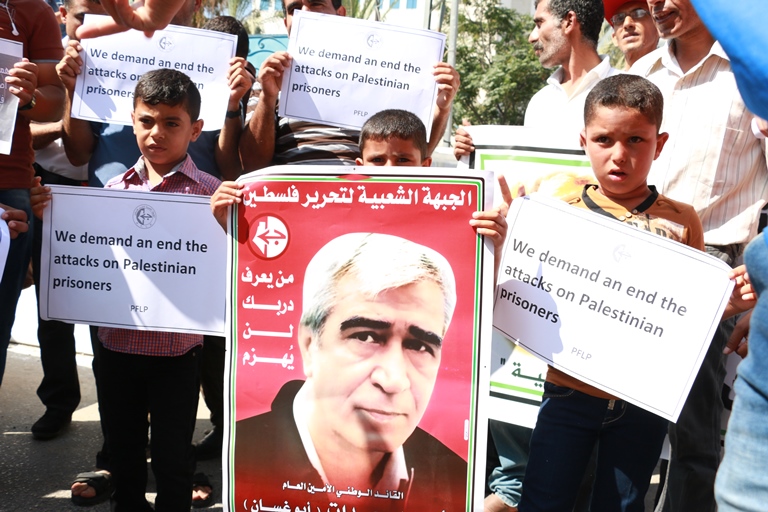 Israeli forces attacked the Palestinian Authority prison where the Palestinians were held, under U.S. and British guard; the attack came following Palestinian Legislative Council elections in which opposition candidates had pledged to end the imprisonment of honored Palestinian leaders and fighters at the behest of the Israeli occupation. Indicating the complicity of U.S. and British forces – some of which had served as prison guards in the occupied North of Ireland – in not only the imprisonment of these Palestinian leaders but in the brutal Israeli attack, they left their posts minutes before the assault on the prison with heavy weaponry, tanks and bulldozers.  Two Palestinians were killed and scores injured in the attack by over 80 military vehicles and hundreds of soldiers.

The Palestinian High Court had ordered Sa’adat’s release; he never was charged or tried by any Palestinian body. However, at the behest of Israel, the United States and the United Kingdom, he remained imprisoned within the Palestinian Authority’s Jericho prison, even as he was elected to the Palestinian Legislative Council himself in the 2006 elections; the raid came days before he was scheduled to begin his term.

In a statement released today, the Campaign to Free Ahmad Sa’adat linked the attack on Jericho to the killing of Omar Nayef Zayed inside the Palestinian embassy in Bulgaria, noting the convergence of Palestinian Authority security coordination and Israeli interests and attacks, as well as the complicity of Western governments in the imprisonment and execution of Palestinians.

The statement follows below:

On this day in 2006, ten years ago, heavily armed Zionist forces, stormed Jericho prison with tanks and various types of weaponry in a premeditated plan, with the full complicity of British and U.S. forces. They attacked the prison and kidnapped Ahmad Sa’adat, the General Secretary of the Popular Front for the Liberation of Palestine, and his comrades who carried out the assassination of Zionist official Rehavam Ze’evi in response to the assassination of PFLP General Secretary Abu Ali Mustafa, Ahed Abu Ghoulmeh, Majdi Rimawi, Hamdi Qur’an and Basil al-Asmar.

Ten years after this crime, the Campaign to Free Ahmad Sa’adat reaffirms once more that this crime, in addition to being one more chapter in the Zionist crimes against the Palestinian people and the targeting of Palestinian leaders, was also a treacherous action by the Palestinian Authority. The PA’s pursuit, entrapment and persecution of Ahmad Sa’adat and his comrades, its detention and imprisonment of them in Jericho prison under U.S. and British guard, all led up to the storming of the prison and the kidnapping of the comrades by the occupation forces.

The leadership of the Authority and its security forces played a major role in this crime and yet continue the crime on a daily basis by continuing security coordination with the occupation forces. These security forces at an institutional level serve a functional role that has never been the defense of the Palestinian people or the protection of the resistance, but instead acting in the interests of the occupation and the service of its goals and plans.

We affirm today that we have not forgotten this crime, and that its impact has not lessened by the passage of time, and are certain that the Palestinian people and their revolutionary courts will hold all those complicit with these crimes accountable.