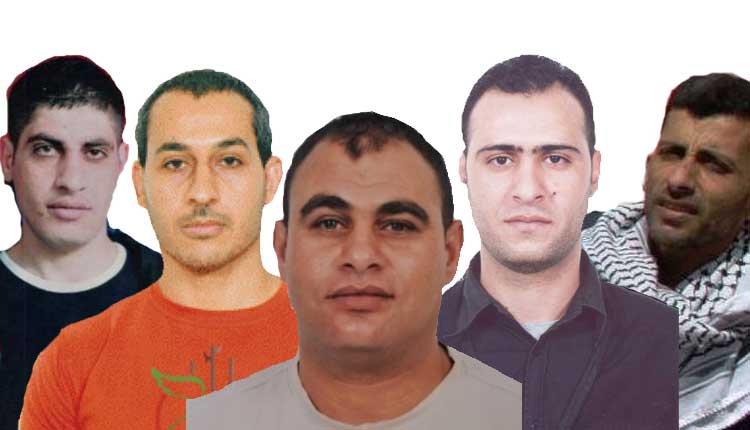 In addition, Issam Zaineddine of Nablus and Abdullah al-Mughrabi of Jerusalem joined Nahar al-Saadi on hunger strike against long-term solitary confinement. Over 14 Palestinians are currently held in isolation; Saadi has been isolated for three years. Mughrabi, imprisoned since 2014, was scheduled for release in March but he was instead transferred first to interrogation, and then to solitary confinement, in February. Zaid Bseisi went on hunger strike for three days last week in protest of isolation; in principle his return to Nafha prison after a recent transfer to Gilboa prison was agreed to by the prison administration on Wednesday.

In addition, Palestinian prisoners associated with Islamic Jihad and the Popular Front for the Liberation of Palestine are extending their campaign inside the prisons against administrative detention; following a two-day hunger strike last week, prisoners in Nafha, Naqab, Ramon, Eshel and Ofer prison will return meals one day in the coming week. They are demanding an end to isolation for Saadi and all fellow prisoners in solitary confinement, in particular four in Eshel prison, Hosni Issa Khaizaran, Munir Abu Rabie, Saeed Saleh, and Ahmed Abu Jazar, as well as ending newly-imposed sanctions on the prisoners, opening new rooms and stopping overcrowding, noting that prisoners in Ofer are now sleeping on the floor.