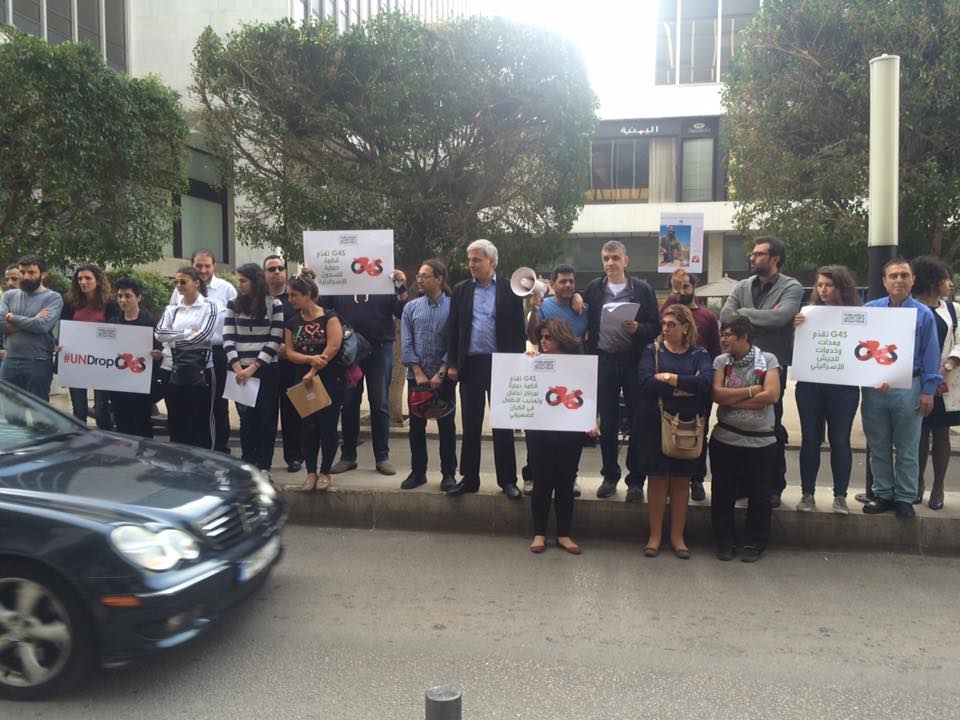 The Campaign to Boycott Supporters of Israel in Lebanon protested in Beirut on Tuesday, 5 April, outside the offices of UNICEF. Protesters called on UNICEF to stop doing business with G4S, the security conglomerate that provides security systems, equipment and control rooms to Israeli prisons, checkpoints and police training centers.

They called on UNICEF to immediately cancel their contracts with G4S and refuse to renew them until G4S is entirely withdrawn from its contracts with the Israeli state. In March, after growing international boycotts following calls from Palestinian organizations and Palestinian prisoners, and the loss of significant contracts in Jordan and Colombia, G4S announced that it would, in the next one to two years, sell off its Israeli subsidiary and end its operations in Israel. It also pledged to sell off other “reputationally damaging” businesses like youth incarceration in the US and UK.

However, Palestinian organizations emphasized the importance of continuing to pressure G4S until they are no longer providing the mechanisms by which Palestinians are imprisoned, oppressed and occupied. One of the most prominent campaigns is an international call on United Nations embassies to stop doing business with G4S; while UNICEF works on children’s issues, G4S provides the security systems for the imprisonment of Palestinian children – as well as children in the UK and US.

Dr. Samah Idriss spoke at the outdoor protest, while Dr. Abdul Malik Sukkari delivered a letter on behalf of the Campaign to the UNICEF representative in Lebanon. The event was covered by Arabic satellite channels, including Palestine Today and Al-Jadeed. 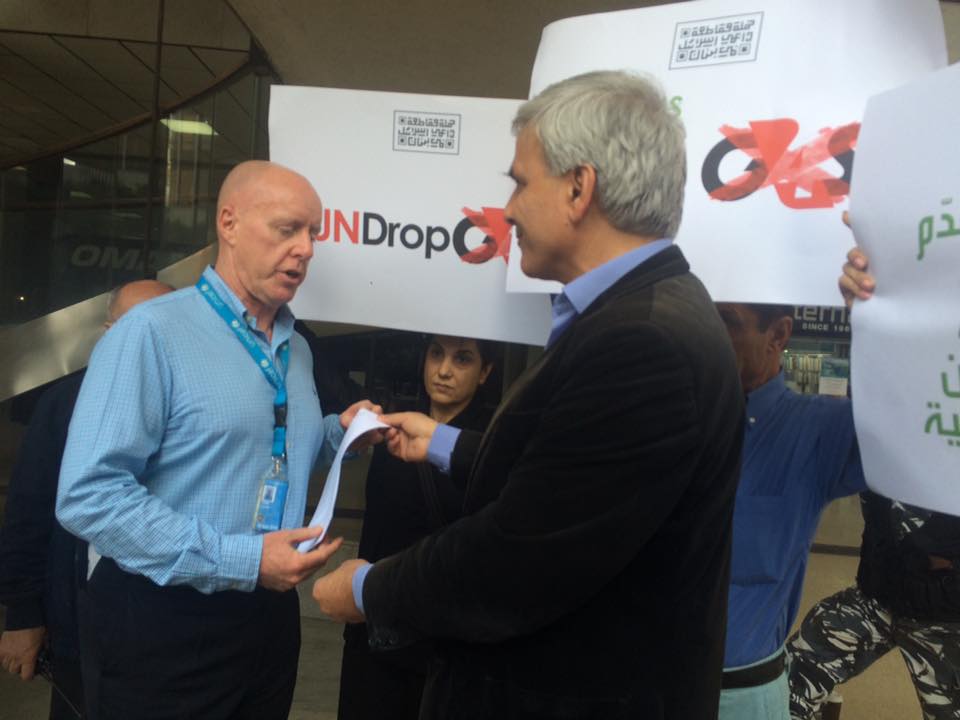